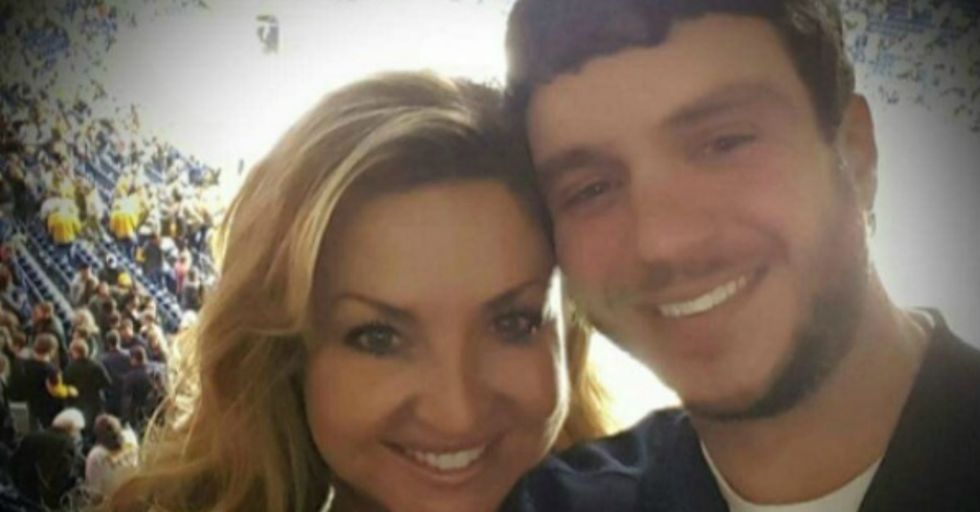 On Sunday evening, October 1, Las Vegas was rocked by a deadly mass shooting during an outdoor music festival.

But amidst the chaos and the tragedy were stories of everyday people risking their lives for others, concert-goers who became heroes.

"There were so many people, just normal citizens, doctors, cops, paramedics, nurses, just off-duty. Everyone's just communicating and working together," festival attendee Vanessa, told ABC 13. "It was completely horrible, but it was absolutely amazing to see all the people come together."

These are some of their stories.

Lindsay Padgett (pictured here) and her fiancé were at the concert when the shooting started.

After it was safe to do so, they ran to their pickup truck and drove it back toward the crowd to load it full of people with injuries who needed help. Padgett took a Facebook video of the scene — you can hear a man yelling, "Right now we need your truck. We just need to get people over to the hospital." You can hear Lindsay's heroic reply: "OK. Put them all in the back!"

Mike McGarry, a 53-year-old financial advisor from Philadelphia, threw his body over his children to protect them from gunfire.

The personal tales of heroism, even in the face of such horror, are reminders of that humanity is ultimately good.… https://t.co/5osaOKxNYl
— Terrence McCoy (@Terrence McCoy)1506952255.0

"It was crazy — I laid on top of the kids," McGarry told Reuters. "They're 20. I'm 53. I lived a good life." Reuters reported that the back of his shirt had footprints on it from people who trampled over him.

Gail Davis spoke with CBS News about the metro officer to whom she owes her life.

The officer shielded her from the gunfire with his own body when she couldn't get to a place that was fully covered.

The most tragic hero so far is Sonny Melton, who died protecting his wife during the shooting.

It’s been confirmed that Sonny Melton of Big Sandy, Tennessee was killed in the shooting. https://t.co/krkZMLLL72
— Brian Sullivan (@Brian Sullivan)1506953891.0

"He saved my life," his wife, Dr. Heather Melton told USA Today. "He grabbed me from behind and started running when I felt him get shot in the back." Sonny Melton, 29, was a registered nurse from Tennessee. The couple had been married for just over a year. Heather Melton wrote to USA Today, "I want everyone to know what a kind hearted loving man he was but at this point I can barely breathe."

Hundreds of others are becoming heroes in the aftermath of this horrible tragedy by donating blood and money to help the victims.

If you're at a loss for how to help, or if you're not in Nevada, here are some ideas for ways to take action. While this is an instance of unspeakable tragedy, there are tales of heroism emerging constantly. It just proves that there is good in the world.