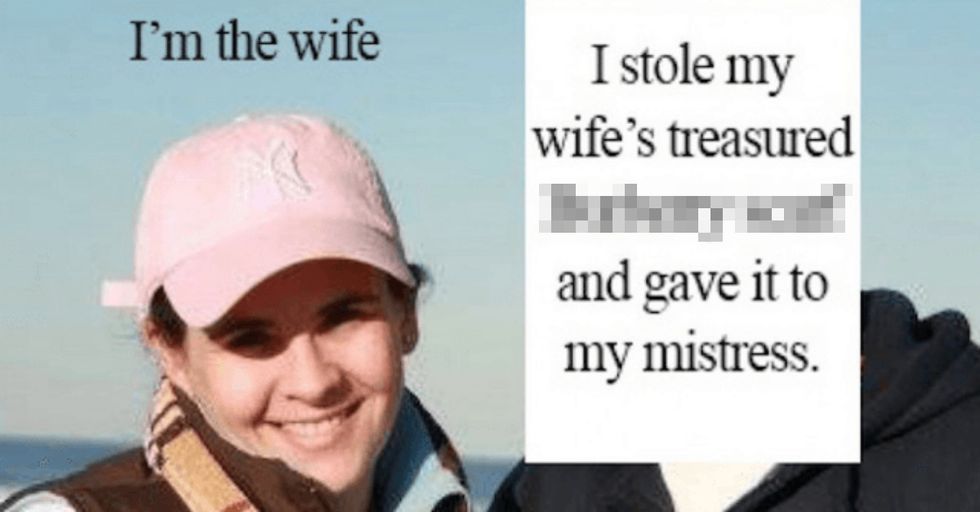 When the going gets tough, you want good friends in your corner there to pick you up and raise your spirits. And in this case, raise a crap ton of money to help replace one of your favorite possessions.

Like Heather, whose husband of twenty years (and father of her eight children) left her for his pregnant mistress.

As if that wasn't bad enough, he took her one prized possession and luxury item with him — a Burberry scarf — which he then gave to the other woman.

That's when two of her best friends, Brooke and Vanessa, started what might be the most humorous GoFundMe page around to buy her a new one.

The Internet was all about it, and they quickly surpassed the $500 goal and are currently up to more than $8,000.

Someone, please steal a scarf from me and we can make a GoFundMe page and split the money.

But according to Vanessa, they have lofty plans for the extra money.

What a champion. How did people react to that bold admission?

People from all over the world are leaving supportive (and humorous) comments.

Almost everyone can get behind a girls' trip to Mexico!

Karma will get the loser that stole her scarf though.

Who steals a scarf though?

Who is the real winner here?

But how cool are Heather's friends for setting this whole thing up?

Eventually, they responded to all of the positive (and negative) feedback.

Apparently, thieving exes are a thing people need to be on the lookout for.

God damn Jackie, do you need a hug? That sounds brutal.

For all the well-wishings toward Heather, there were ill-wishing toward her ex and his mistress.

You can't fight fire with fire, only with trips to Mexico.

But wait... did that GoFundMe say that Heather has EIGHT kids with her now ex-husband?

EIGHT? Wowza, she is gonna need that extra cash.

After it went viral, Brooke and Vanessa came back to reply.

Good job ladies. There will be no cornflake-pissers here!

With friends like that, I'm sure Heather will be alright in the end — and sporting a fabulous scarf.

We hope they enjoy their trip to Mexico! Margaritas, anyone?