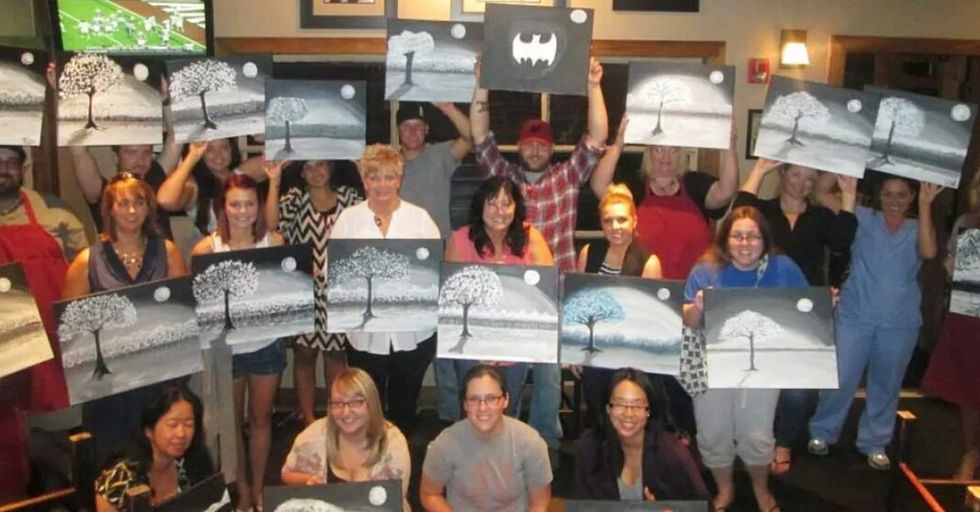 Husbands are great. But they're not perfect.

We've already discussed hilarious wife fails on 22 Words, so it only seemed fair to come for the fellas, as well. I'm sure that the husbands in this gallery meant well, but boy oh boy they sure did fail. Whether it's being unable to fold a fitted sheet (which, to be fair, happens to pretty much everybody), or struggling to find the right tampons, we can at least count on husbands to make us smile as they totally, completely fail. Most of my own failures are nowhere near as entertaining as these ones are.

This husband had clear instructions to get tampons.

He tried! He really tried! At least, I think he did. Does he actually know what tampons are?

As it turns out, you can't just put any soap into the dishwasher and expect the dishes to be washed. Although, I must admit those dishes do look pretty clean.

Something tells me this is not what she meant by a Coach bag. Still, it's a great bag! Even their kid seems to approve!

I'm sure there are plenty of people who would love to walk into a bathroom and be greeted by this display. At least it's the guest bathroom and not the main one!

To be fair, this animal has an insane backside. It's definitely picture-worthy. Now, whether or not it's worthy of being the only picture is another discussion.

I think it's great that this husband came along to wine and paint night! Plus, it's not like you need two amateur level versions of the same painting in your house. I guess you could say he's the hero you need right now.

Every wife wants a blanket with her husband's face on it. Did I say every? That was a mistake. I meant "No."

At least he found something to keep him busy. He basically completed his very own craft project!

This was a group chat.

Nothing like starting the day with an embarrassing text about your wife's waxing appointment to the group chat! Double check before you send, people!

Let me stir that for you.

Why make a spoon dirty when you have a perfectly good finger to use? As someone who hates doing dishes, I fully support this method.

The kid is obviously fine. They need to learn independence, too, ya know?

Last time you ask him to do that, I bet.

Why do I get the feeling this pot pie is about to freeze me into a block of carbonite?

I'm assuming this was done on purpose as a joke after numerous discussions about replacing the toilet paper roll. In that case, I think it's hilarious.

RIP, memory foam pillow. May flights of angels sing thee to they rest.

It was a nice thought.

Time for breakfast! I hope you like croissants brûlée!

How fancy! It's basically like going to an expensive restaurant for lunch! (If you were a cat.)

I've definitely mixed up very similar shoes in the past. But this? This is on another level.

Honestly, I don't think I'd have much of an idea of what a "cute fall cake" was supposed to be. I would probably make the same fail.

The letter of the law.

Last night I asked my husband to put some spaghetti on the stove so I could start dinner when I got home. #clever http://t.co/dQ2GBit72D
— Wendy Rollins (@Wendy Rollins)1400678730.0

The spaghetti is on the stove. Oh, you meant to cook it! You should have said so!

At least the kids' dolls have a brand new sweater! Someone in the home deserves to wear that classy sweater.

"Please hang up the bananas."

I have to believe this was a joke on the husband's part. It was, right? Please tell me it was.

I think crossing out "day" on this bag is pretty funny. The silver duct tape is the only part I think I'd do differently.

Nonsense! That husband should be brought to every craft store in the country!

This is why we can't have nice things.

It could have been a cute little garden decoration. But no. Now it's something else entirely.

The freezer is stocked with ice cream. I see no failure here. Pass me a Chunky Monkey!

I have bought these exact traps and had no luck with them. Obviously, I forgot the signage.

Do you think he does the same thing whenever he sees the word "One" now? I hope not.

The four stages of dad joke.

Well, it didn't exactly make them smile. But it did result in a hilarious picture!

He is undoubtedly going to try to claim all the gifts in those stockings on Christmas morning, just FYI. You should be prepared.

Huh. I'm not familiar with that tune!

How many paintings exist of beloved movie characters using the toilet, do you think?

Certainly more than I'd expect! I guess this one does go moderately well with the rest of the decor. Kind of.

If you don't go around adding labels to everything in sight as soon as you get a label maker, you are doing it wrong.

Look, your husband is not totally wrong. It is pretty funny. Also, I blame the toy manufacturers for this one!

What a thoughtful gift!

Too bad you won't be able to sleep. You know, because of the nightmares.

A handwritten poem about how much he loves you? Lucky gal.

To be fair, she does look pretty darn comfy!

At least he tried!

I don't even know how he managed to mess up this bad. It's impressive, really.

I'm pretty sure this is grounds for divorce.

That's one way to dry a shirt.

It's a bad way. But it is a way. Share this with your husband!