These Husbands Really Need to Step up Their Game | 22 Words 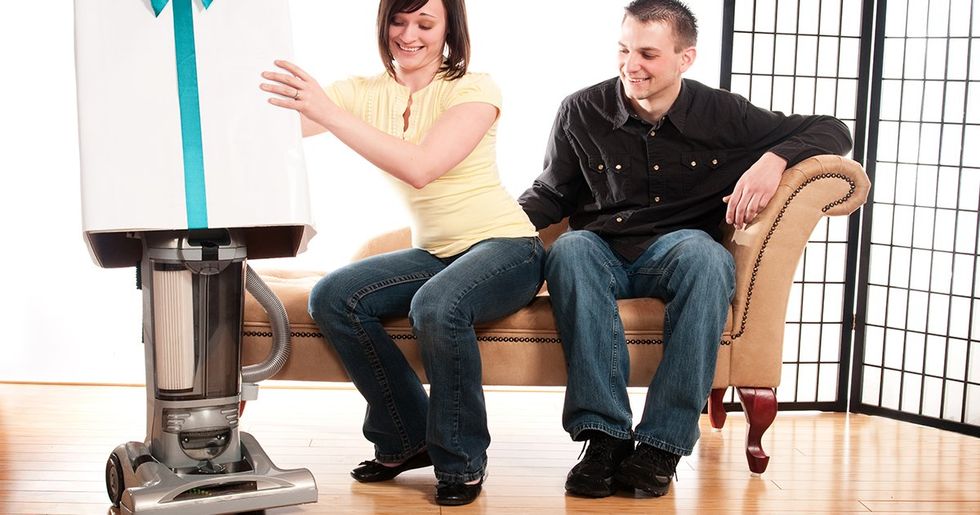 These Husbands Really Need to Step up Their Game

When you enter into a partnership with a man, you expect it to be just that: a partnership. You want a partner who can assume 50 percent of the responsibilities in the relationship. Someone who knows how to wash dishes and load the dishwasher and cook dinner and go grocery shopping and replace the toilet paper on the toilet roll and perform basic tasks that help you survive as a couple.

The husbands in this list have trouble with all those simple tasks, and believe it or not, many others as well. Sometimes someone does something so dumb that you wonder how they are able to function enough to get through each day. I feel for the spouses of these husbands who have to not only perform most of the household tasks themselves but also reverse the things their husbands inevitably mess up! Husbands of the world, you need to get it together!

The husbands in this list failed oh so hard.

Get ready for your eyes to roll so far back in your head that you give yourself a headache.

Rice in a bag

PSA for all clueless husbands out there: Dish soap is not the same as dishwasher detergent. If you use regular soap in the dishwasher, this is what you get!

She asked her husband to buy her tampons, and this is what he came home with. Guess he didn't think it was weird that tampons and sponges were in the same section.

She asked her husband to wrap up the rolls they'd made, and he wrapped all 12 individually. Which is fine, I guess, but why do men's brains work like this? Frustrated yet?

Do you know how much effort it takes to buy your wife a birthday card? Almost no effort! Get on top of it.

I wore this custom shirt during my wife's labor. Wife was not amused. [OC] : funny from funny

This is not funny. When you are a man supporting your wife through the birth of your child, that is not the time for jokes.

OK, I have to admit that this one is pretty funny, but just don't forget to flip 'em back before you have company over.

When a husband says, "Sure, there's enough gas in the tank," don't believe him. Just do not.

Yo, dudes! Not every squat aluminum can is tuna! Don't put this in your wife's lunch! What's worse than cat food?

When you trust your husband to cut up veggies... #MarriedLife #husbandfail https://t.co/UOyeIIVZr8
— Marcie Bollinger (@Marcie Bollinger)1484335658.0

If you're in a relationship with a man, you're going to eventually eat a vegetable sticker. That's just the way it is.

Presumably, he's lived in that house for years. He's probably seen bananas hanging before. They do not hang like this.

So much flax seed

No one buys this much flax and chia seed. In fact, no one needs this much. That should last them about 30 years.

Yeah, I don't think you're supposed to grill croissants. This is so sad because I bet those were delicious.

This is the worst thing I've ever seen. This man belongs in jail. But man, you thought this was bad?

At this point, I've learned that if I want any of the sweet treats I buy, I have to buy two boxes. Double it up!

This husband did this and then went to his wife and said, "Honey! I cleaned the kitchen!" That's not clean. Also, that's a toilet brush.

Did a grown man use the jelly or was it a toddler? Man, wipe that crap down!

I don't even live there and I can see that the square plates go on the top shelf on the left. Get it together, man!

This woman let her husband spray her with sunscreen, and somehow this happened. What?! The next one is just straight-up cruel.

OK, this is funny. Hilarious. But also so mean. And I would be so incredibly mad if I figured it out.

This is not how you empty out the lint in the dryer. This is like exactly the opposite of what you're supposed to do.

Just replace the roll. Just do it. Replace it. It takes like three minor hand movements. You can do it. I believe in you.

Are men just not aware of basic measurements? In what world is that close to a tablespoon of rosemary?

Did the sign even look a little bit wrong to him after he hung it? I can't believe there are more, but there are.

Men. Springform pans have detached bottoms. Lotta baked goods you could save with that knowledge.

He was supposed to take off the last ornament. Instead, he took off the whole branch. Another simple task gone horribly wrong.

This guy tried to heat up water in a glass bowl...on the stove. Yes, a grown man did that.

He couldn't make the effort to get it all the way in the sink after dinner. This is a special kind of laziness.

Ah yes, gotta love the accidental group chat! Share this with someone who will understand.