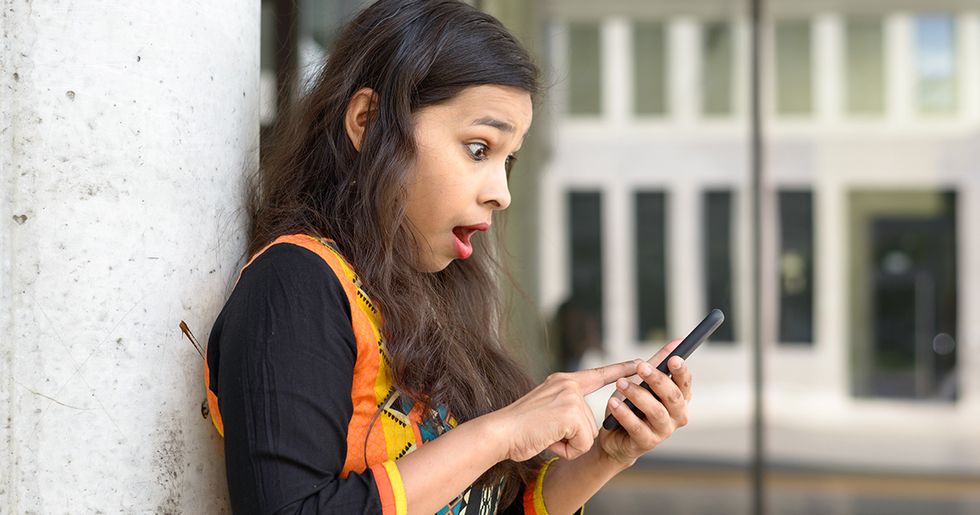 The Most Mind-Blowing Discoveries Ever Made by The Internet

We're living in a time where mind-blowing realizations and discoveries are being made every single day. Even better is the fact that a lot of these discoveries are shared on the Internet for us all to learn from! These discoveries range from the big, science stuff — like the fact that a new species of tardigrade was recently discovered in a parking lot in Japan — to the more mundane, everyday stuff. Today, we're going to be discussing more of the latter.

Be honest — how many of the following things did you already know? I'm guessing most of them might be brand new to you, and that's just fantastic. Get ready to have your mind blown!

The truth about peppers.

It's true! It also explains why the orange and red ones taste way better — they get sweeter as they ripen!

Awww. Now I just wanna be that little ghost's friend! He's clearly a very friendly ghost. I think I heard his name is Casper.

This is way too wild to just be a coincidence, right? Outback Steakhouse — what's your plan, bud?

I mean, if we wanna get technical about it, the Wii Nunchuk was the middle part of an N64 controller, but still. Mind = blown.

This is so true! Now I'm mad about it too.

Did anybody else spend a good 10 seconds mouthing these words to themselves? OK, good. I'm not alone.

We should be cooking everything twice. Just to make sure we've discovered all the good foods.

I just realized when your phone autocorrects to “ducking” it means crouching down and has nothing to do with ducks.… https://t.co/dSrBkJjGC5
— Jordy Quarantino (@Jordy Quarantino)1545001102.0

I have definitely thought about ducks the animal every single time. Un-ducking-believable.

i keep saying Alexa when I mean to say Siri and i just cant believe i live in a time where i am gettin my servant robots names mixed up
— pepto abysmal (@pepto abysmal)1547057996.0

Did you ever think this would be a problem in your lifetime? I sure didn't. But here we are.

Maybe this isn't what was originally intended by the phrase, but it's the only thing I'm willing to consider as truth at this point.

Talk about an overachiever.

At 23, I was trying to figure out how to use one of those handheld milk frothers at home to save money on my morning coffee. So I guess you could say me and ol' Isaac had quite a lot in common.

It'd make so much more sense if "bomb" was pronounced "boom." Who do we talk to about this? Merriam-Webster?

Who designed this dude?

I'm betting a few people reading this didn't even know a bandicoot was a real animal. This one's a double whammy.

Guess what, Dreamworks? We noticed!

@JvmesHoover Dreamworks thinks they can get away with changing the appearance of Rumpelstiltskin from Shrek like no… https://t.co/kFCbdSKBql
— 💫NOVA💫 (@💫NOVA💫)1502403320.0

Hey, Dreamworks? We're onto your tricks.

First the little ghost in "ghost," and now this?! I'm not sure I can handle all of these world-changing realizations.

The sound made when you snap your fingers is just your middle finger hitting the palm of your hand.. https://t.co/xGpTX4v34Q
— Molly Wolflick (@Molly Wolflick)1536038539.0

...Did anybody else spend a good 10 seconds snapping their fingers? Man, if anyone is watching you as you read this list, they're going to be very confused.

I don't think I ever would have guessed this in 100 years. I love the Internet.

This one is too sad.

Never mind. I hate the Internet.

I don't think this etymologically accurate, but I do not care. It's too good not to use.

Imagine if the alphabet was in a completely different order. It COULD BE! Think about it!

Oh, no! My square footage!

As someone who lives in a very small house, and is considering painting, I feel like I now have a lot to think about.

Is this one purpose?

Here's another one I can't unsee. It's been there. The whole time!

This is actually a perfect example of something I could have gone my entire life without learning.

It makes me uncomfortable too.

Yeah, I do not like to think about this. How do I delete something from my brain?

How old were you when you found out the houses in Bikini Bottom are car mufflers that fell into the ocean due to po… https://t.co/uXr4AXyqAU
— Today Years Old (@Today Years Old)1539749690.0

When you watch Spongebob Squarepants as an adult, you start to really appreciate how intelligent it is. That's what I tell my husband, anyway.

I do not like this. Not one bit. I just want to hold the empty shell and hear the ocean.

Is this going to change the world? Probably not. But it made me say "Hm. Yup!"

Don't forget Lando Calrissian ALSO wears this outfit at the end of Empire Strikes Back. Clearly, there is something very strange going on here. Where are the movie detectives when you need 'em?

Almost 18 years on this planet and I just realized sweatbands on wrists are for wiping the sweat on your forehead off & not for wrist sweat
— Grace Millington (@Grace Millington)1503700280.0

All this time I just thought people had exceptionally sweaty wrists. The more you know!

This makes life so much easier.

It's true! They've really thought of everything, huh? Share this with someone who loves sharing random facts with you!
20%

$98.99 $79.19
Buy Now
See More Deals
We hope you find these deals as awesome as we do! Just an FYI: we may receive a share of sales from links on this page