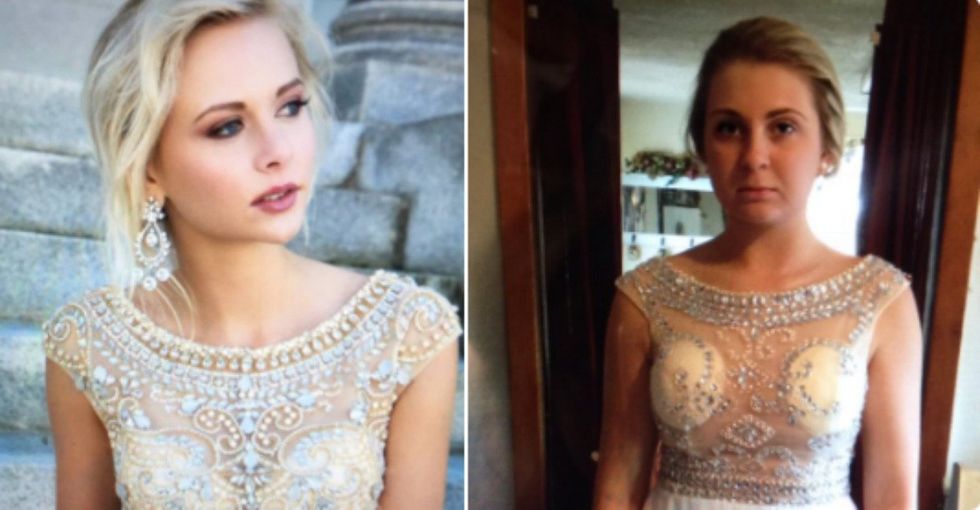 Prom season is upon us, and that means a lot of teens are out trying to find the perfect dress. Considering you can get everything online these days, many opt to go that route — and many have come to regret it.

Let's just use these tweets as a warning and reminder that when it comes to saying "yes" to the dress, it's something that's best done in person — or you could make it yourself.

"I don't know. Just throw a bunch of tulle on the bottom."

It looks like something Rapunzel would have rejected and thrown out of the tower.

I think that violates the school dress code and several laws in that state.

She's not posing. She just really can't put her arms down.

But even the model was taking a selfie!

Oh, is that what they meant?!?

Honestly, no one would blame you.

Not the breast idea.