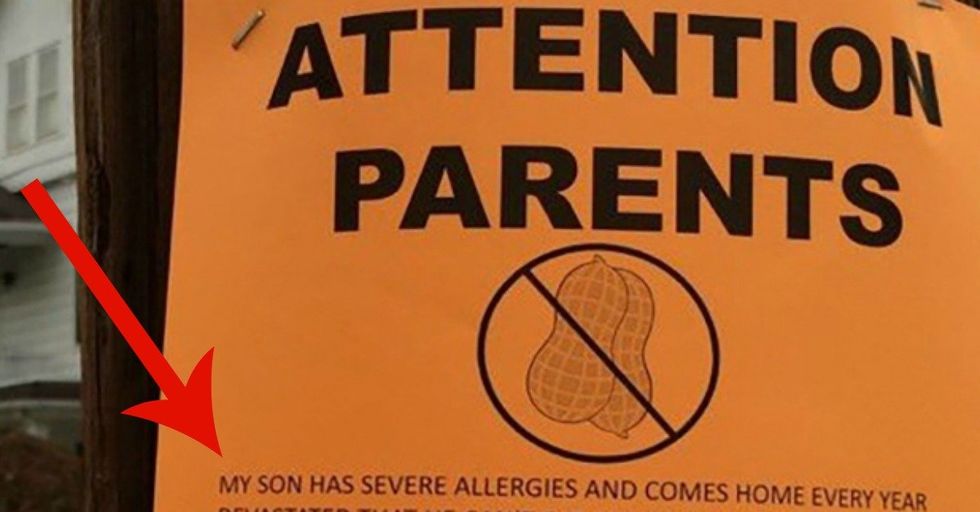 Here's a scary Halloween story for you.

You're at home and someone knocks on your door. A ghost? A goblin? No, something much scarier. A parent handing out an orange flyer asking for everyone to only give out allergy-friendly candy this year!

According to the flyer, a little child's Halloween is totally ruined every year because he has allergies, which is a huge bummer.

But his or her parents are going around candy-shaming the neighborhood for being "exclusionary," which is an even bigger bummer.

Don't forget. You're not only responsible for your own children, but their child, too.

But don't worry. They have suggestions — and they're fun!

And an important question was raised:

Maybe just stick with the carrots.