These Parents Made Embarrassing Their Kids Into a Science | 22 Words 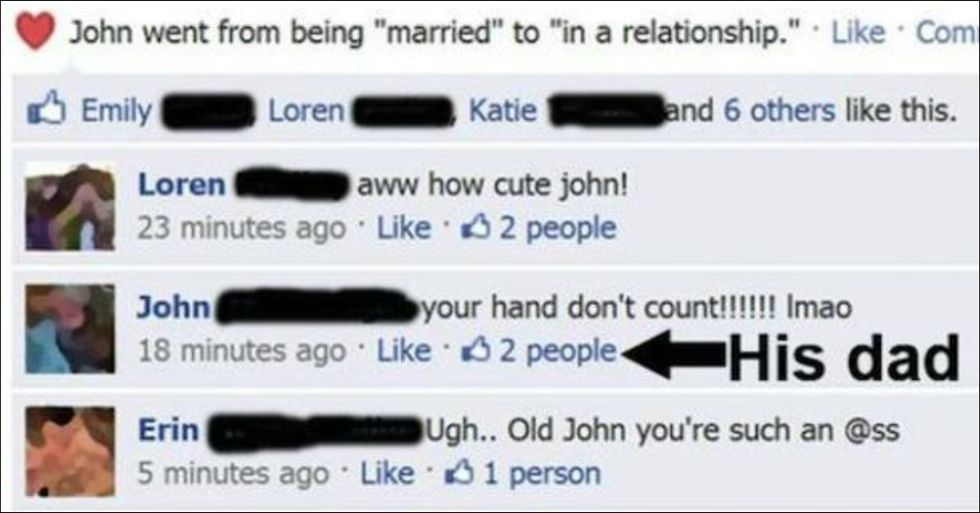 These Parents Made Embarrassing Their Kids Into a Science

As a parent, it’s important that you keep your kids safe and healthy and all those typical things. But there’s also another very important job that you have to do — embarrass them at some point.

After all, you brought them into the world and it’s good to remind them that you’re still the one in charge. In case you need some inspiration, look no further than these moms and dads with legendary parenting skills.

So do they still think short shorts are "sooo cute?"

What? Like you've never tried to breastfeed a statue before?

It's his first day on the job, so naturally she had to pay him a visit and snap a picture or two.

When mama ain't happy, ain't nobody happy. Bet he won't do that again (the Facebook thing, not the bed wetting, but hopefully that's cleared up, too.)

That blew up quickly.

This is how you prepare to chaperone the second grade field trip.

Actually, more likely than not, he might qualify for both.

Thanks For the Memories

Because there's nothing psychologically damaging about celebrating the day of your conception with a stranger dressed as a pink gorilla...at work.

Mom! I just want to eat my lunch without all my friends knowing you still send me notes in my lunch!

Dad just had to bust out the selfie stick while they were trying to have a nice meal.

While it's great that your digestive track seems to be in working order, I'm pretty sure your daughter would rather you not advertise that fact.

Is It Too Late Now to Say "Sorry?"

That will kill the mood rather quickly. Hey, you had been warned.

Pull up to the school blasting a little old school jams and your kid will love you forever!

Are all the kids still saying "fleek?"

Guess which room was the one their daughter — who is now living at college — used to have?

Sure, she can date. When he's dead and gone.

Poor guy. At least he's trying on The Facebook.

No ifs, ands, or butts about it.

It's important to learn from your mistakes. If at first you don't succeed, try, try, again.

She's there to cheer. She's not there to make friends.

Ask and You Shall Receive

See how it looks when other people do it? It's almost like looking in a mirror.

Sock It To Me

At least she didn't threaten you with Justin Bieber, like the kid up above, but this is still full of so much awkward.

Betty is looking for someone sweet who pays attention. Ronald thinks he found a match!

Going to go pick up the kids from school!

What did you expect them to do? Those fancy places are always too dark.

Give Him a Hand

Old John thinks he's pretty funny, but it would appear Erin is not such a fan.