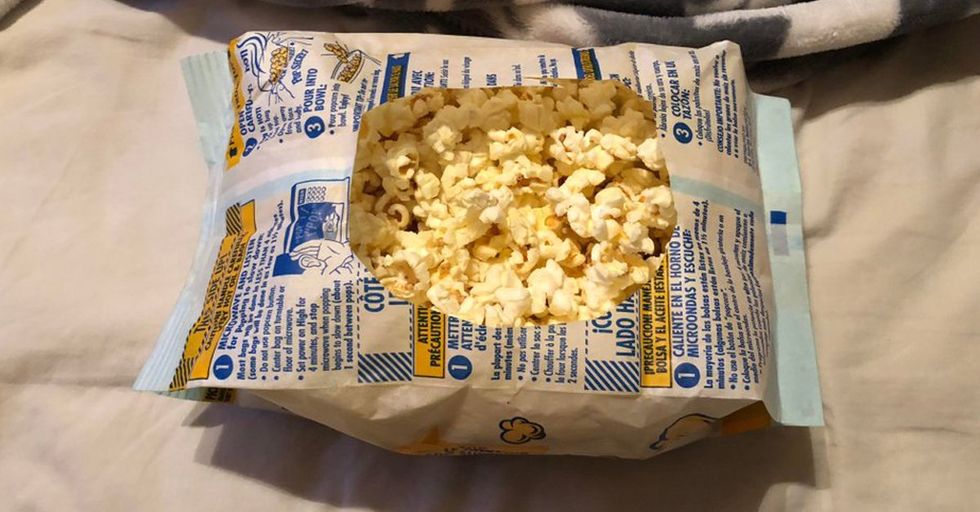 These People Are Either Geniuses or Incredibly Dumb

Have you ever had an idea so brilliant that you couldn't believe it did not already exist in the world? If so, you're in good company with the people on this list. Their ideas are so staggeringly genius that some of them may have actually circled back around to being absolutely ridiculous. But you know what? That's just how genius works sometimes. There are countless examples of people throughout history whose ideas were so ahead of their time, yet they were considered complete fools.

The people on this list may very well be living in the year 3019, and we would probably do well to emulate them. Most of them, anyway. Some of these are honestly taking things a little too far in my opinion. Or maybe I'm just some kind of Luddite.

Get ready to have your mind blown. Or to roll your eyes. One of the two, definitely.

This one hit pretty close to home.

For me, The Great British Bakeoff fits perfectly into this category. I often have it on in the background just because I find it so soothing and lovely. Sometimes I even work to the soundtrack!

Something tells me this only works on some people.

My new approach to washing the dishes is to not wash them and just tell people it's part of a science experiment my kids are doing.
— the Mom TruthBomb (@the Mom TruthBomb)1494894753.0

I don't have kids, but I'm going to try using this anyway. I'll let you know how it works out.

They say you should always hire a lazy person to do a complicated job, as they'll find the easiest way to do it. I'm pretty sure this is Exhibit A in that argument.

So I’m sitting on the sofa with my son watching TV and he hears he got a text on his phone that he left in the kitc… https://t.co/HUqFmavwto
— Swedish Canary (@Swedish Canary)1517450876.0

Sure, he could have just asked his kid to get him some chips. But we all know the call of the text alert is much stronger than the human voice.

I'm over here holding my phone like a total goober. I obviously need to get on this kid's level. Which is the ground.

Has anyone ever taken multiple trips to bring in the groceries? I highly doubt it.

Someone invent this, please!

I'm pretty sure this is what grandparents are for, right? Otherwise, would it be completely mean to just make a scarecrow of yourself and prop it up in a folding chair on the sidelines? Yes? OK. Noted.

My dad is vacuuming while chewing sunflower seeds and he’s spitting them out right in front of the vacuum to clean… https://t.co/vfPaJ6eOX3
— ditch pony (@ditch pony)1520728632.0

If this man had been born a few centuries earlier, he would have probably become another Galileo. We are so lucky to have his mind.

Save your voice calling for your kids. Just open a bag of chips and they'll materialize out of nowhere.
— ThisOneSaysBoo (@ThisOneSaysBoo)1489502912.0

This also works for dogs and cats! Just touch a plastic bag that might contain cheese or crack open a canned good.

The very definition of an evil genius.

This person bought some spray that smells very, very bad. It's meant to be used as a prank, but they obviously had better plans for it.

Here's the rest of that review:

Voila! Clean house! And all you need is to deal with a horrible smell for a few hours!

This is more evil than genius.

But you know what? It might teach her to wear her glasses more often, which is probably better for her eyes. So...chaotic good?

This is my favorite thing:

All cats should come with googly eyes pre-installed on their tails. Come on, evolution. Don't let me down.

I’m dating either a genius or a psychopath : funny from funny

Does this actually help? If you do this, let me know in the comments. I can't understand it, but I'm guessing that's just because my mind is not advanced enough to handle it.

Just make sure you're standing near the back of the group and not at the front.

I'm going to assume that he needed that projector for something else during his trip and this was just an added bonus. Otherwise, that's a lot of equipment to bring around in an airport.

Perfectly chilled wine whenever I want it? Don't mind if I do.

Whenever i'm at school, i carry an empty and a full pack of gum, so when people ask me for chewing gum i show them… https://t.co/ZxTjWTucEr
— Abiola Daniels (@Abiola Daniels)1544626587.0

Decoy gum package! Why didn't I think of this sooner?

I buy my kids cereal based on which kinds I think my vacuum cleaner will be able to pick up best.
— Rodney Lacroix (@Rodney Lacroix)1450440040.0

Being a parent means you're always thinking two steps ahead of your kids. Or you are running just to catch up to them. You're always in one of those two situations.

Confession time: I use chopsticks to eat Cheetos. I hadn't considered tongs, but I am willing to give them a try next time I take a Cheeto break.

Need a lawyer? Check your wristband. This is honestly incredible.

It's true; standardized tests don't really give an accurate measurement of intelligence. This story absolutely proves it.

On the one hand, congrats on the art. On the other hand...what are you going to eat now? I guess you're a starving artist.

OK but this one I hate:

Whoever did this is a menace to society and they need to be punished.

I could get into this.

If you've ever worked a retail job, you know how awful customers can be at times. I am all for this idea.

Why yes, I did just watch that entire video on full volume. Multiple times.

"Let me Shazam that real quick."

"It was just the fridge." "It was the wind." "IT WAS DEFINITELY A SERIAL KILLER; GET OUT OF YOUR HOUSE NOW."

Why is this so brilliant, though?

Best thing I ever did at work was bring poop shoes. Shoes you put on to take shit with so people don't know it's you whylin in the stall
— Slim Charles (@Slim Charles)1497369811.0

If being able to inconspicuously relieve yourself at work is important to you, this person has just the thing for you. You're welcome, I guess.

And finally, this genius: