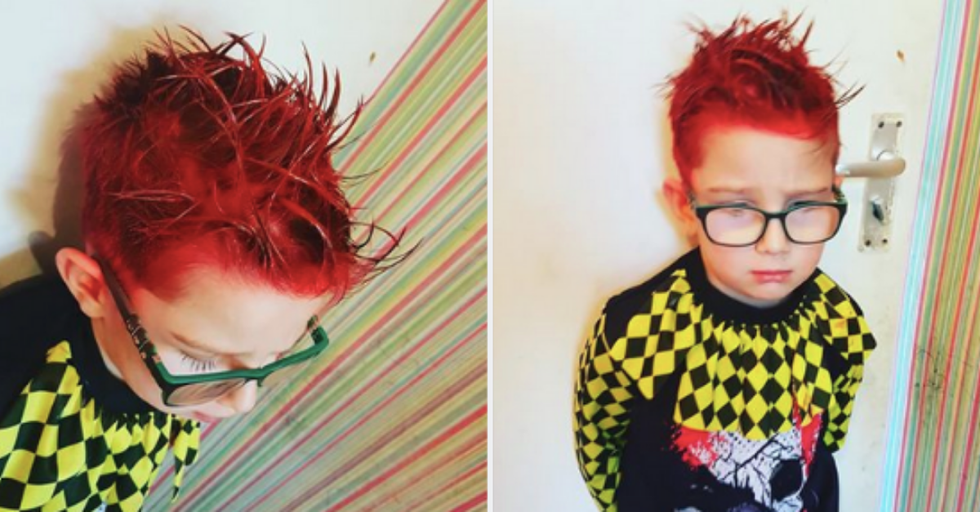 Fails That Will Make You Feel Like a Genius by Comparison

Everybody makes mistakes. All of the time! I bet you've already made at least one mistake today– and you are more than likely going to make another one before the day is done. That's how life works.

That being said, most of us manage to move on from our small mistakes. And, most of us are lucky enough to make mistakes that are not recorded on the Internet for all time. Let me tell you, the people on this list were not so lucky. Not only did the mess up, they also had evidence of their mishaps recorded within Internet history.

"And did I mention how much I like Ginger? Ginger sure is great! Someone should give Ginger a raise! GINGER!"

Don't have any hard-boiled eggs? Just boil some eggs!

I mean, it's not as though there are labels on the map that tell you what each continent is called. How was he supposed to know?

Either this person is from the Harry Potter universe or they are very, very confused. I guess it could also be both.

This is actually a pretty great way to turn a profit. Sell something, then ask for it back but keep the money! Why didn't I think of that?

But really though...how? : facepalm from facepalm

Admit it. It took you a second to get it, too.

Is it an original?

Not only is this person selling an original Van Gogh painting; they are selling it for 20 bucks. Everything checks out here.

On the job hunt.

He wants to make sure his new job will leave him time for his hobbies. Something tells me he will end up with a lot of time on his hands.

The answer is obviously 42. I hope this person figured it out eventually.

There's a lot to unpack here. Unfortunately, I don't think I'm up for the challenge.

Seriously, are they for real?

You just have to hold it up to a mirror, silly! Thank you, next question.

This person is obviously very convinced that they're right about this.

I have no words. : facepalm from facepalm

I don't know how that can be. But it is.

It's weird how even though his name is Obama Barack, literally everyone calls him Barack Obama. The world is a strange place!

Is this reasonable or just wrong?

I guess I can understand seeing that space and thinking— for just a moment —that it was a parking space. But I will never understand how someone could park there and leave their car.

Let me take a selfie.

I never take selfies too : facepalm from facepalm

Oh, that? That's not a selfie, it's just a picture I took of my self. There totally different things.

Something tells me those clothes are gonna be fine. Not that girl, though. She could use some help.

Should we tell her? I'm having too much fun watching the anger evolve.

OK, this one killed me. I'm dead now because I read this. RIP me.

This one hurts too much. I wonder what they thought the twisty, corkscrew-shaped device was.

Next you're going to tell me that Alaska is a U.S. state, too! Get out of here!

To be fair, neither person is communicating very clearly in this interaction. It's like reading a modern Abbott and Costello sketch.

Well, the sentiment was nice, anyway.

I need to know who had the idea to take the picture of the fish. It's all I want.

He looks so sad! I can understand why.

So how big are those eggs? I'm getting conflicting info.

if the lottery was $900 million, why not give everyone $3 million? : facepalm from facepalm

You could try to explain to this person why they are wrong, but let me save you the trouble. It is not going to work.

The state of Canada.

We won’t even mention the spelling of licence : facepalm from facepalm

I love that they clarify, "u sure?" Why are you asking in the first place, then? Share this with someone who could use a laugh today!