These People Have the Rarest Diseases on Earth | 22 Words 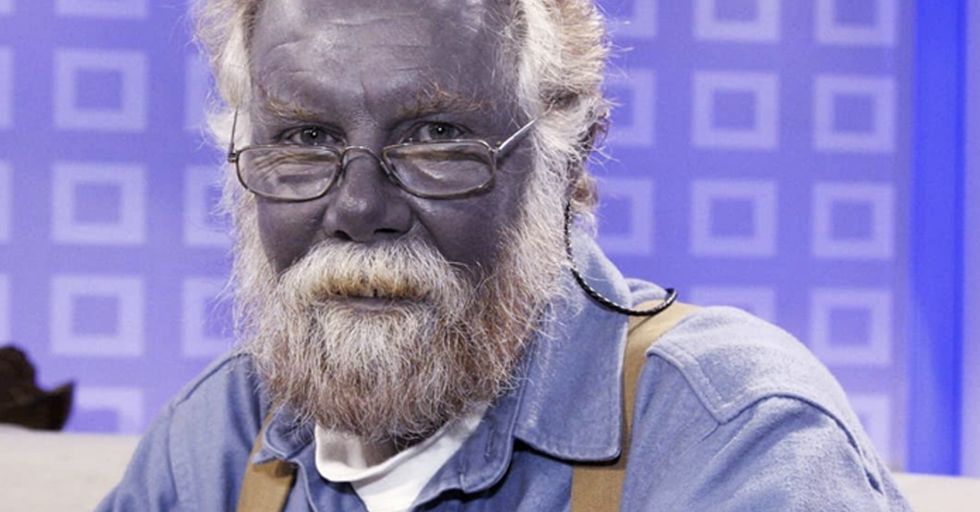 These People Have the Rarest Diseases on Earth

We are all unique people, just some of us are more unique than others... imagine being one of the only people in the world who suffers from a disease (or even the only one!).

It must be difficult not to define your life by that factor. You would probably need to move to another location to receive special treatment, need to build a circle of friends and relationships who supported you in being different, need to prepare yourself for the possibility of dying young... the list goes on.

This list describes some of the rarest diseases on Earth and how people live with them. Listening to some of them speak on their disease reveals a very interesting truth: that despite our differences, there are some universal lessons to life  – just these people had to learn them at a younger age and in an arguably more difficult manner.

Learn about the science of these rare diseases, and the stories of the people who have them.

Also known as Progeria, this genetic condition is one of the rarest on Earth, with a mere 1 in 4 million newborns having the disease. Many children who have Progeria appear normal at birth, only later developing the hallmark symptoms of the disease which include bulging eyes, inability to gain weight, hair loss (alopecia), and protruding ears. However Progeria isn’t just a disease of appearances, it has a much more insidious effect: rapid aging. Those with Progeria experience atherosclerosis, joint issues, and aging skin, living on average only 13 years.

This disease can be acquired or inherited and depending on the cause of transmission, is either curable or deadly. Abbreviated to MetHb, this blood disorder causes methemoglobin, a form of hemoglobin, to build up in a person’s body. This means that despite being able to carry oxygen to the tissues, the oxygen is barred from entry. Not only will this lead to developmental disabilities, seizures, and eventual death, but the skin of someone with MetHb turns blue!

This one’s fatality rate is 100%, but the good news is it’s 100% avoidable. Kuru affects the nervous system and can only be contracted by consuming the infected brain tissue of another human (yes, we’re talking cannibalism). It has been found in the Fore tribe of Papua New Guinea, who customarily ate their dead tribe members believing the act released their spirit. Symptoms of kuru include tremors, spontaneous bouts of laughter, and difficulty swallowing.

This disease is the only one on record that converts one organ system into another. When someone with FOP is injured, their body repairs itself by building bone instead of soft tissue. FOP is not typically inherited from one’s parents but instead caused by a mutation in a set of genes over time. FOP makes it difficult for sufferers to freely move or even breathe. There is currently no cure and the typical lifespan of someone with FOP is about 40 years.

This genetic disease causes visceral cysts and benign tumors that can become malignant. Symptoms typically include headaches, dizziness and imbalance, weakness, and vision problems. The disease is incurable, but treatment designed to abate the progression of tumors is available.

Those with microcephaly are born with a significantly smaller head size than normal. It can range in severity and can be spurred on by genetic or environmental factors. Unfortunately, microcephaly often implies an underdeveloped brain and those with this disease may need special educational intervention.

This autoimmune disorder is thought to be triggered by a latent tumor, causing the mucous membranes and skin to blister. Treatment requires basic wound healing practices and corticosteroids, but true alleviation from symptoms are unlikely. There are five categories of blisters seen in Paraneoplastic Pemphigus, including Pemphigus-like, Pemphigoid-like, which Erythema multiforme-like, graft vs. host disease-like, and lichen planus-like.

This puzzling condition is characterized by rashes and sores, itching and crawling sensations of the skin, and a thread-like tissue that emerges from the skin. Strangely, despite research, there is no definitive protocol on diagnosis and treatment for the condition.

Moebius syndrome is found in 2 to 20 cases per million births. It is a congenital disease whose hallmark symptom is a facial weakness, preventing those with Moebius from showing emotion. Consequently, the facial nerves affected can also inhibit sufferers from properly speaking, chewing, and swallowing. Interestingly, facial reanimation surgery is available, potentially providing those with Moebius syndrome a new lease on life.

This hormonal disorder is defined as the over production of growth hormone (GH) by an adult's pituitary gland (because if this same event occurs before puberty it's gigantism). This causes the bones to increase in size, particularly distorting facial features, hands, and feet. Although this sounds like a superficial problem, acromegaly can be fatal, causing enlarged organs, compression of the spinal cord, and even diabetes.

Larsen syndrome occurs in 1 of every 100,000 births and affects the development of bones. Symptoms include spinal deformities, clubbed feet, short stature, loose joints, and facial abnormalities like a flattened nose bridge or wide-set eyes. Treatment can involve procedures like plastic and orthopedic surgery, as well as braces for potential spinal deviations.

Since its discovery in 1929, there have only been 400 cases of Urbach-Wiethe disease reported. Although it is primarily a dermatological condition that thickens the skin and mucous membranes, the disease can spread to the brain and calcify the amygdala, a region that processes fear. This phenomenon can lead to the feeling of being invincible.

Field’s disease is so rare that it was named after the only two people who suffer from it, Catherine and Kirstie Fields. This neuromuscular condition worsens over time and is thought to be genetic in nature. It does not seem to alter the personality or brain development of those who have it, but the prognosis is unknown as the Fields’ twins are still alive at 23 years old.

This disease renders individuals virtually impervious to pain. Cool, right? Wrong. Those who have congenital analgesia rarely make it into middle age, as their inability to sense pain can lead to a range of emergencies. The disease is caused by a mutation on the TRKA gene, located on chromosome 1. This inhibits nerve growth factor (NGF) from nurturing the sympathetic neurons, leading to their eventual death.

Colloquially referred to as Vampire’s syndrome, those who suffer from HED have thin and dark under-eye skin, a depressed nose bridge, narrow face, and few, pointed teeth. Those with this condition can also experience drier mucous membranes than average, causing dry mouth, eyes, skin, and respiratory illness.

Also known as Werewolf syndrome, those with this disease grow an abnormal amount of hair on their body (and face!). Historically, those who have congenital hypertrichosis were unfortunately relegated to work as circus acts or in freak shows. There is no cure for the disease, though laser hair removal and other treatments can improve its appearance.

It’s a good thing this condition is rare, because if more people suffered from it humans may cease to exist! – those who have Cotard’s delusion believe that they, or parts of their body, do not exist. The first documented case was found in a woman referred to as Mademoiselle X, who refrained from food, believing she could not die from natural causes. Tragically (although not surprisingly) she eventually succumbed from her self-imposed starvation.

Porphyria is really a group of disorders that affect the nerves and skin, the most common being porphyria cutanea tarda (PCT). Symptoms can include swelling, itching, increased hair growth, blisters, and dark, thickened skin. The cause is rooted in abnormal production of heme, or the protein in hemoglobin. The type of Porphyria that the individual has is indicative of the type of enzyme that they lack in order to properly build heme.

Can you imagine being allergic to water? What sounds like a nightmare is a real condition. The disease mostly affects women, who develop hives when either ingesting or physically contacting water. Its exact cause is unknown and there have been fewer than 100 cases reported.

You may be familiar with this disease, as the infamous “Elephant Man," whose life was made into a movie, suffered from it. But what you may not know is that Elephantiasis is actually most often caused by the parasite Wuchereria bancrofti. Infection from this parasite causes the body’s lymph to accumulate, creating unsightly masses on a person.

This is an extremely rare eating disorder, characterized by the compulsion to eat substances that are non-nutritive, like drywall or cotton. Apart from the immediate danger of the contents in the material consumed, those with Pica are at risk for anemia, intestinal blocks, and malnutrition.

Those with this condition are without something very small, but very important – nerve cells in the large intestine. Hirschsprung’s is a congenital condition and is typically diagnosed within the first few days of an infant’s life when they are expected to pass their first stool (but don’t!). That’s because the nerves in the colon are critical to its function, helping to contract its walls to slowly pass and digest all of your food. Hirschsprung’s is typically treated by resecting the portion of the dysfunctional colon.

Currently, there is only one person with this disease, making it the rarest in the world. Ribose-5-phosphate isomerase (RPI) deficiency is caused by a mutation in the pentose phosphate pathway. The mechanisms of this disease are complex, but in general, they result in optic degeneration, seizures, cerebellar ataxia, and psychomotor delay.

Marfanoid progeroid lipodystrophy (MPL) is caused by mutations in the FBN1 gene, and there are fewer than 10 cases that have been reported. Those with MPL have severe lipodystrophy, or fat loss, and have an extremely difficult time retaining lean body mass. Those with MPL are often described as looking older than they are, which can be attributed to their lack of subcutaneous fat.

This is a psychological disorder with a sadistic side-effect. Those who suffer from MSP consciously or subconsciously seek attention by falsifying or exaggerating medical conditions in those who are in their care, such as a child or an elderly parent. MSP is a spectrum disorder and unfortunately in severe cases, can cause those in the care of those with the disease to die from abuse or neglect.

Also referred to as face blindness, those with Prosopagnosia have a very difficult time recognizing familiar faces, which can include even their own. Although individuals can be born with the disorder, it can also be acquired from brain injury.

Borrowed from the Greek prefix “ichthy", meaning fish, Ichthyosis is a group of skin disorders that either cause a thickening or thinning of the skin. One form, Ichthyosis vulgaris, causes the skin cells to build up and crack, creating blisters that look similar to fish scales.

In the century since the original case of Epidermodysplasia verruciformis (EV) was identified, only 600 cases have been reported. EV is genetic, causing those who inherit it to be covered in wart-like plaques, as well as become chronically infected with human papillomavirus (HPV). Surgery is the main treatment for EV and although it can be a socially debilitating disease, it is not lethal.