These People Tried to Draw Characters from Memory and Screwed It up Real, Real Bad | 22 Words 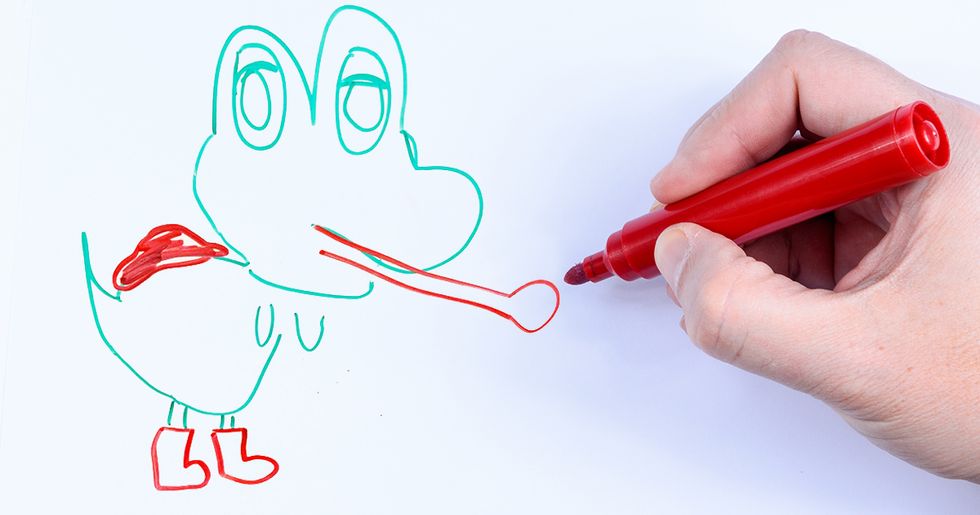 These People Tried to Draw Characters from Memory and Screwed It up Real, Real Bad

There are some very distinct-looking video game characters out there. Whether or not you are a great artist, you can probably draw your favorite character from memory, right? Like, it is not that hard. Well, according to this Twitter thread, trying to draw a video game character that you have looked at and even embodied for hundreds of hours might be a little more difficult than you think.

It all started with one tweet. Some coworkers got together and tried to draw some of the most classic video game characters from memory. Needless to say, it went terribly, and their drawings inspired hundreds of others to take part in the challenge. There was even a contest for the best (worst) one. These are the funniest entries. Prepare to laugh until you cry, and then laugh some more. Even as a person who didn't play video games often, I found these too funny.

Have you ever tried to draw a video game character from memory?

have you ever tried to draw a video game character from memory? because it's IMPOSSIBLE
— Article Group (@Article Group)1556727728.0

I have not. In fact, I can pretty much count on my hands the number of times I've played video games in my life. But that won't stop these pictures from being incredible funny.

Believe it or not, this isn't the worst Sonic I've seen recently. (I'm looking at you, weird Sonic with human teeth that they made for the upcoming movie.)

This drawing of Yoshi makes him look like he is on the 25th hour of a bad trip, and it scares me.

Um, has this person ever seen Bowser? Because no. Just no.

This one isn't bad! I'm impressed by the commitment shown here. No wonder this person placed in the contest. The next one is truly tragic...

There is something terrifying about this beaver's beady little eyes. I can't look away from it no matter how hard I try.

That is maybe the saddest attempt to draw Mario that I have ever seen in my life. At the very least, his hat is not that round on top!

Sonic with a belly

This is Sonic, like, ten years in the future. He's a dad now, and he spends his weekends waxing his spikes and grilling outside.

Sure, yes, it's harder to draw on a tablet or a phone as opposed to on paper, but this...this is terrible in so many ways.

I mean, it's kind of close, but it also looks like this person drew it with their eyes closed. And I don't think they did. The next one might be my favorite...

None of it is accurate except for that exceptional butt. The face and head? All wrong. Those cheeks tho? Spot on.

Why would you attempt to draw a character head-on when a side profile would suffice? It's so much harder to draw them head-on!

Ummmm, is this the version of Mario that has been haunting her mom's dreams? Because not only is this terrible, it's also terrifying.

I mean...at least this is slightly better than the other Yoshi we saw? Right? That's some silver lining...

What is with people and making Mario so much rounder than he actually is? He's got such a square head! The next one really isn't fair...

Ahh, this is much better. This is much more realistic than the person who "tried Yoshi." People's bad artistic skills are giving me life right now.

Again, this person was so close...and yet so very far. Why does it look like they drew it with their eyes closed?! Lines don't connect where they should.

I'm sorry but this is so funny. This person's drawing looks like a sad, evil Teenage Mutant Ninja Turtle thumb.

An attempt was made

I really do appreciate the commitment with this one. It just...didn't work out. The next one is really clever...

Hey, this person got around the prompt in a really clever way! But also if your favorite character is a set of blocks, you are so boring.

This one isn't bad! And this drawing has a lot of personality. But it's also not quite as accurate as it could be.

This is the funniest thing I have ever seen. I don't think I've seen a drawing that looks less like Pikachu. Even the good drawing of Yoshi looks more like Pikachu than this.

OK, this is adorable. The hair isn't quite right, but for doing it from memory, this is pretty impressive.

Who is this, a professional video game artist?! Get out of here with your perfect drawing skills, you psycho! The next one is next-level...

No joke, I would play a video game with characters that looked exactly like these drawings. It wouldn't be Smash Bros....it would be something else.

Why is Zelda cross-eyed and looking high in this person's drawing? I don't know if that's what they were going for...

Ha ha ha... I wonder if he did this because drawing Pacman from the side is actually much harder than it seems.

So the legs aren't right (in the drawing it looks like he'd have a hard time moving them at all), but otherwise, this isn't too terrible!

People need to stop drawing on their tablets. It doesn't do anyone any favors. Share this with your friends and start your own challenge!