These People's Unpopular Opinions Will Make Your Blood Boil | 22 Words 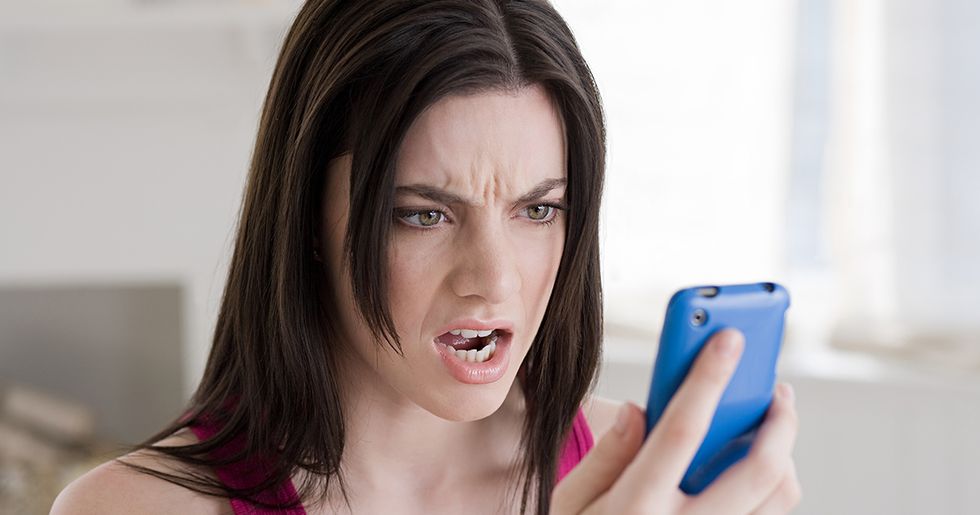 These People's Unpopular Opinions Will Make Your Blood Boil

We all have some opinions that are less than popular. Maybe you really love anchovies on your pizza. Maybe you can't get enough ambient whale noises in your life. Perhaps you are one of the very few people in the world who does not like chocolate (but seriously, if that is you, why? Who hurt you? What can we do to fix this?).

I can't tell you exactly why, because I don't know, but sharing your unpopular opinions on Twitter has officially become A Thing. People are doing it constantly. It is a new, ubiquitous meme that people can't seem to get enough of. I picked out some of the most controversial and shocking unpopular opinions that real people have expressed on Twitter, and I put them in this gallery. These are the statements you don't want your real name attached to. They are embarrassing to infinity and way beyond.

These people will never be hip.

Their opinions are just too dang unpopular. I'm telling you, at least one of these is going to make you gasp in disbelief.

OK, here's the thing: No they don't. They are bad. They are maybe just regular bad and not world-shatteringly bad, as they have come to be known. But Nickelback is not a good band.

Yeah but I really want to get rid of these dimes and nickels! How else am I supposed to do it? Stop ringing me up so fast!

So many unpopular opinions

I feel like this guy is just trying to get a rise out of me. But I will say that it's a pretty popular opinion to think candy corn is gross. I happen to like it!

Music? Music?! All music is a waste of time?! How can a person say this? It's so patently untrue that I have run out of words.

I've never had Shipley's, so I can't weigh in except to say that I think Dunkin' is better than Krispy Kreme. Krispy Kreme donuts are too much!

I feel so sad for this person. This opinion is such a travesty that I can't even be mad. I'm just sad this person can't appreciate Gene Wilder.

This is a tough one. For me, they have totally separate functions. Hoodies are way better when you're cuddling on the couch and you're cold.

It was only a matter of time before the pineapple pizza people showed their faces in this corner of the internet.

I know a few people who feel this way, and to them, I say, "Just let people enjoy things. Stop being a poop."

This is too broad a statement to make! There are so many different scents! I'm more likely to be offended by a cologne than a perfume, I think.

Lock this person up. They cannot be trusted. This is not funny. This is not cute. Mondays are terrible, and anyone who thinks differently is a sociopath.

Unpopular opinion: I never met a “crazy cat lady” that was actually miserable. They usually look happy in their own… https://t.co/JKNoDTlnHE
— The Great One (@The Great One)1551989164.0

The only people who call cat ladies "crazy" are other people. The cat ladies themselves are perfectly content with their cats. I get this.

As a lifelong brunette, I happen to think this is true. I would also look terrible as a blonde so I'll never actually find out the truth.

Jail! Prison! Banishment! This is cringeworthy to the nth degree. I cannot allow this. I simply cannot.

Three in a row

@stephanieboland Groundhog Day is the finest film ever made. People kissing in public is great. Being in my Forti… https://t.co/RSWRLA4la2
— Lauren Parker (@Lauren Parker)1501791159.0

I like these! Except there are some caveats for the middle item. There is acceptable PDA, and then there is gross PDA. The line is pretty clear.

idk if this is a unpopular opinion but ketchup belongs in the cupboard not the fridge https://t.co/GLXCp1GQKe
— Chloe Hopkins (@Chloe Hopkins)1553535405.0

This is not a matter of opinion. This is a food safety issue. If the ketchup says to put it in the fridge, listen to the bottle.

I have an unpopular opinion of my own and it is that all cats should be frowned upon. I don't understand why anyone wants a pet that clearly doesn't love you. Cats don't love you!

Well, this is more of a fact rather than an opinion. If she were to say she didn't like men beards, that'd be an opinion. This has been Grammar 101 with Robin.

Forty-five seems a bit young...maybe make it like, 60, but yeah, I get what this person is saying. Young people should decide the future.

Raise your hand if you agree with Brandy and not with the soulless monster slash "big, dumb idiot." Yeah, I thought so.

Do you watch Jane the Virgin? If the answer is no, you need to rectify that immediately. Seriously, it's one of the best shows on television.

This is an objectively bad opinion. I'm sorry. This is just dead wrong. Space Jam was on TV last week, and I watched it, and it was really good.

This one I totally agree with. Milk, whether it's dairy or non-dairy, is gross. It's only acceptable to use in things, like coffee or cereal. People who drink glasses of milk are psychopaths.

Wasn't there a study about this? I think it concluded that money up to a certain dollar amount can actually make you happier. I think the number is $75,000. After you have $75,000, happiness plateaus.

Aw, this is nice. And real friends are internet friends. If they are also on the internet. I love friendship!

Never? Never ever? But Disney World is so magical! How could you not want to experience that magic?

I have a confession to make: I don't either. I respect her. I think she's a brilliant artist. Her music is just not my cup of tea. And that's OK!

This is a bold claim! Harry Potter spawned countless plays and movies and cosplayers... Percy Jackson? Not so much.
Off with his head. Share this with someone who will argue with you about all of these!