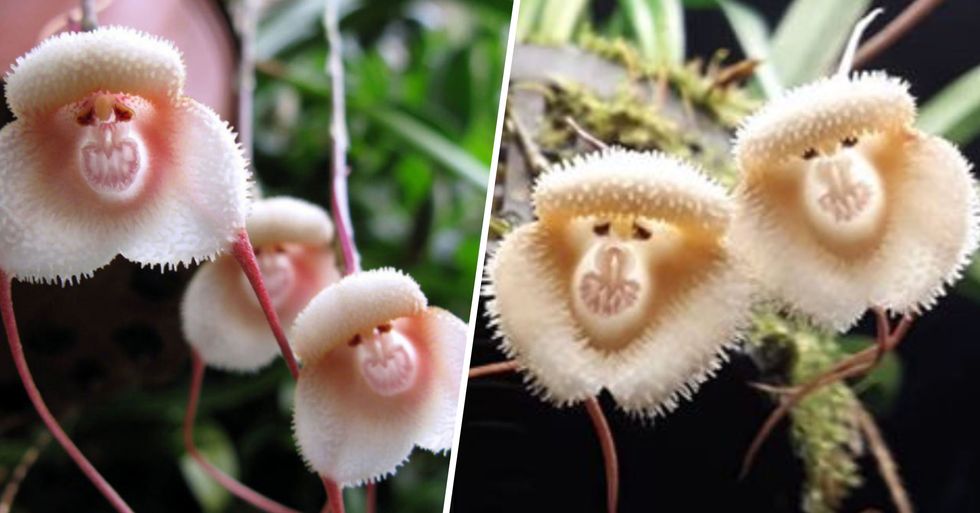 Designing your home is difficult. From picking the right color palette to the final finishing touches. But there's one thing that you can never go wrong with and that's plants.

House plants are one of the most ubiquitous house warming gifts of the past few years. But the latest trends have taken our breath away because they look like tiny monkey faces!

Houseplants have really taken off in the past few years.

The fact that many of us live in apartments without outdoor space means we want to bring the outside in.

You can turn your home into an indoor jungle.

There's just one problem. Keeping plants alive can be hard!

But luckily, there's a solution.

There are indoor plants that don't require quite so much constant care or attention and they are a pretty rare find.

Now I'm not a green-fingered fanatic, but these unique plants are making me want to run to the nearest garden center and get myself a few. Once you see them, you'll understand.

These aren't just your typical orchids though...

While normal orchids have more of a traditional feel, the ones I'm about to tell you about have a surprising twist to them.

Orchids are one of the biggest plant families in the world.

And with over 30,000 different species, you still wouldn't think that it could include a plant that looks like a monkey.

And obviously, they're named the Monkey Orchid.

The adorable little flowers are native to South America.

They can be found in Ecuador and Peru, where they are referred to as the Dracula Simia which literally means "dragon monkey."

They can only be found in cloud forests.

And they get their unique "monkey faces" from the combination of flower petals and stamens.

And you'll never guess what...

They smell divine. A lovely burst ripe oranges, some say.

They were first discovered in 1978.

Carlyle A. Lueren first found and used the little plants back in the late seventies and they have become a sort of spectacle since then.

The Monkey Orchid can grow all year round.

But this depends on if they're in their natural habitat or not. And weirdly enough, they require the opposite of most other plants...

From cool temperatures and low light, it takes a lot of effort to grow them.

It would be the worst nightmare of an average gardener.

They can also grow up to 2 feet tall!

Experts recommend potting them in moss as opposed to soil so they can hold up better.

And if you're in the mood to read more about the beauty of plants...

Then keep scrolling because this artist has created some gorgeous art using only plants...