These Revelations About the World Are Actually Bonkers | 22 Words 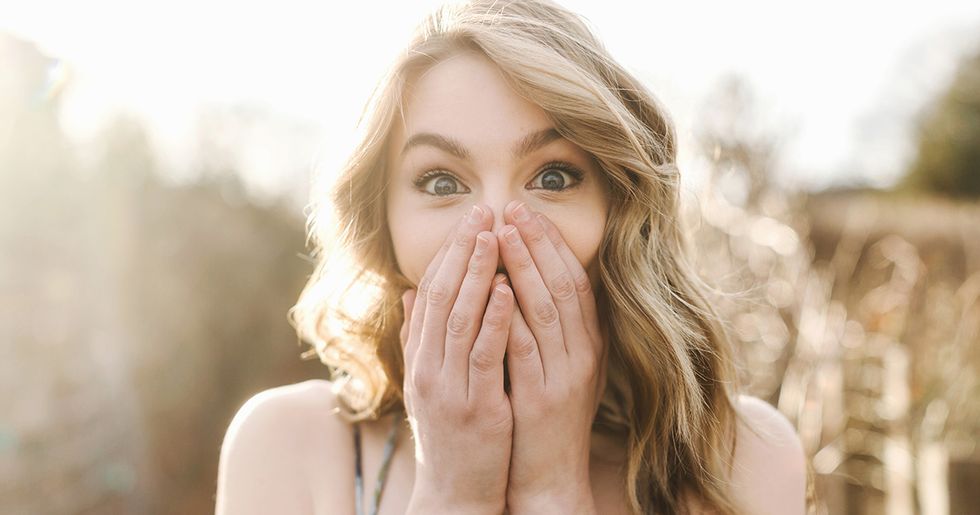 These Revelations About the World Are Actually Bonkers

In 2019, we are a culture of go, go, go. There is no time to stop and smell the proverbial roses...or the literal roses, for that matter. If you are not #hustling 24/7/365, you are not doing it right. When there is so much to do, so much news to keep up with, so much work to do, so many social engagements to keep up with, and so many social media posts to write to broadcast how busy you are, we can often forget to stop and breathe and let ourselves actually think.

But one Twitter hashtag asked people to do just that. #IfYouStopAndThinkAboutIt had people everywhere, well, actually stopping and thinking about things for a second. And the revelations that occurred to people when they did that, about all sorts of things concerning the world we live in, will totally blow your mind. All you have to do is take a moment to stop and think about it.

Hold onto your butts.

Because these are going to make you think. And ponder. And question everything you know.

You better believe I read this and then scrunched my face tried to look down and see as much of my real face as I could. It didn't work.

#IfYouStopAndThinkAboutIt the sinking of the Titanic must have been a miracle to the lobsters in the ship's kitchen.
— Dawna (@Dawna)1530962984.0

"We're free! We're free!" — all the lobsters on the Titanic, probably

I hereby put forth the motion to stop calling legs "legs" and start calling them "butt arms." All in favor, say, "Aye!"

This is hilarious. This is why I'm glad The Hunger Games is not real life. Just this. No other reason.

#IfYouStopAndThinkAboutIt if two people on opposite sides of the world simultaneously drop a slice of bread, Earth… https://t.co/UCuJ4QwZka
— Dawna (@Dawna)1530962757.0

I would like this to be coordinated and for it to end up in the Guinness Book of World Records, please. Someone, make this happen.

Wait... I've never thought of this before. Of course, they are! So then what does the phrase mean?

#IfYouStopAndThinkAboutIt “Kings horses” wouldn’t be useful at all in trying to reconstruct a broken egg person bec… https://t.co/cBVzwLVD8g
— braggasnorus (@braggasnorus)1530961542.0

Horses are actually remarkably wrong to try to put a man made out of an eggshell back together again. They're quite clumsy.

This sounds really gross, but it's no different from putting ketchup and mustard on something, really. I guess...

One in a million

This is kind of comforting, in a way? Like, I wouldn't mind if there were 7,000 others like me. That's still pretty unique.

#IfYouStopAndThinkAboutIt a bed is just a shelf you put your body on when you are not using it.
— Lathan Lev (@Lathan Lev)1530982742.0

Dude, I love a comfy body shelf. As long as my body shelf has a bunch of pillows and a soft blanket, I am there.

#IfYouStopAndThinkAboutIt How do you handcuff a one armed man? How did they know what time is it when they made t… https://t.co/5AIha91OUz
— Scott North (@Scott North)1530971207.0

These are all great questions, but the last one really got to me. I love language. And I need to know the answer.

My eyes got really wide when I read this just now. Like... Did it? Is this real?

I don't know if I agree with this assessment, but smartphones are definitely making us more dependent on phones.

So, what you're telling me is that Adam and Eve were aliens from the same planet at Kyle XY from the show, Kyle XY. Got it.

You know, this is true and all, but I mostly included this tweet for this incredible GIF. You can't look away.

If you think about stopping thinking, you're still thinking. I know. It's too much.

Listen, I agree with you. The English language is full of nonsense like this. It's an unfortunate reality.

See, nothing is actually black and white. It's all different shades of gray.

Honestly, it would be really strange and unsanitary if you were to actually take the dump. Don't do that.

#ifyoustopandthinkaboutit when the smoke alarm goes 'off' it's actually switching on 🤔
— Hilarity (@Hilarity)1532890256.0

This is terrible! Another failure of the English language. How can "go off" mean to "turn on"? Come on, people!

To be fair, though, they were magic shoes. ...And they were really sparkly.

Chinese restaurants don't need to advertise. You either know them and are hip, or you don't and you're extremely uncool.

This is probably why giraffes stick with cold beverages instead. It would be a waste to drink something hot.

#IfYouStopAndThinkAboutIt was the first person to snort cocaine just trying to see what it smelled like?
— drewtarvin (@drewtarvin)1530972492.0

I'm so curious about the first people to do drugs. They probably had no idea what they were getting themselves into.

#IfYouStopAndThinkAboutIt life goes by pretty fast. If you don't stop and look around once in a while you could mis… https://t.co/urnDY8pVOW
— Cheryl Rick Klein (@Cheryl Rick Klein)1530961645.0

Ferris Bueller knows all. Share this with someone to blow their mind!