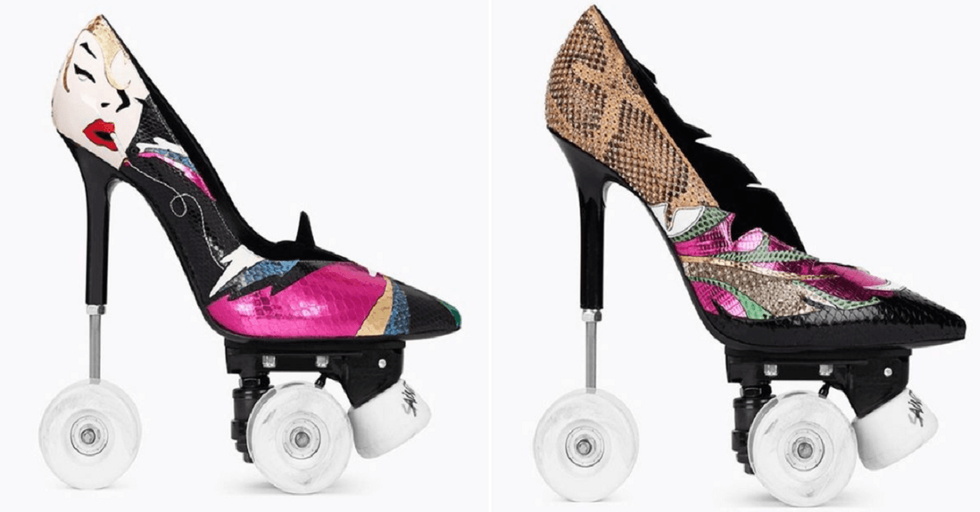 These Roller Skate Heels Are Even More RIDICULOUS Than You Think

I'll be the first to admit that I don't really understand fashion. I can appreciate when something looks good but I don't have my finger on the pulse of the fashion world per se. However, when Yves Saint Laurent revealed their new roller-skate high heels, I can safely say I wasn't the only one baffled.

I may not be a heel expert, but that just means I know better than to mess with these. You would need to be a tightrope artist to maintain your balance. And stairs? NOPE!

Most people thought that it was a bit unnecessary.

I can't even use regular roller skates. The women who wear these have talent...or a death wish.

It doesn't seem like many people will be wearing these, however. The street price is a hefty $1995.

For two grand you can be the lucky owner of what is probably a death trap disguised as footwear!

If you plan on buying these, hopefully you have insurance, which also wouldn't be cheap.

Because if you don't, it'll cost a lot more than $2000 after you break your legs.

Not everyone was deterred by the idea though.

At least one Twitter user was up for the challenge. Now it's just a choice between her college fund or these heels...

The massive price does make you wonder who the target audience is here.

Maybe Harry and the rest of One Direction will fly around the stage on these bad boys and roller-skate heels will be the next big thing, who knows!

That seems pretty unlikely though, as Twitter has already gone to work on roasting the heels.

One user aptly dubbed them her "suicide shoes," which is both hilarious and accurate.

I suppose if you have $2000 to spare and need these, then who am I to stop you? Live your high-heeled dreams and try not to go broke in the process.