These Terrible Cosplay Outfits Might Not Win Any Awards, But They're Great For a Laugh | 22 Words 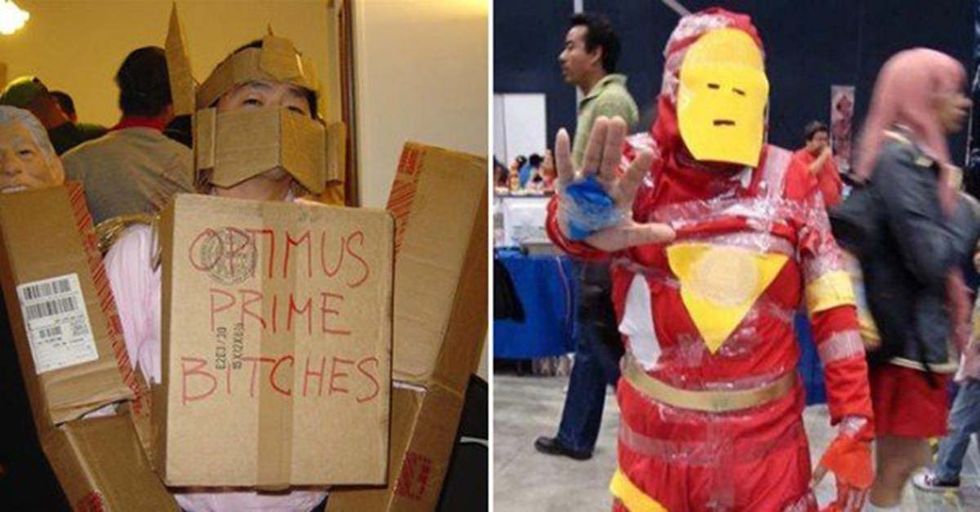 These Terrible Cosplay Outfits Might Not Win Any Awards, But They're Great For a Laugh

Cosplay is a trend that's growing like wildfire across the world. The best of the best make painstaking effort to ensure that they nail every detail with their costume.

Then there's the rest of us, who just want to get in on the fun without working too hard. Or at all. This gallery is dedicated to them. The ones whose enthusiasm completely surpasses their abilities. Check out the hilarious results.

At least the Stan Lee cosplayer nailed it.

Those Stormtrooper costumes ARE expensive.

At least shave your mustache, man.

Note: if you have to write the name of the character on your costume...it's a bad costume.

They outfitted the whole group at the local dump.

Who wore it best? And yes, "neither" is an option.

Eh, not the worst, given the circumstances.

I wouldn't have gotten this without the source image.

Get that towel out of the toilet. Gross.

This is actually pretty clever.

Well, these are pretty awful.

Can they breathe with that much tape around them?

You'll need a friend for this costume.

Batman's dad was an orthodox Jew? I...never knew that.

I'm assuming they weren't let in to Comic-Con.

He found his warp zone!