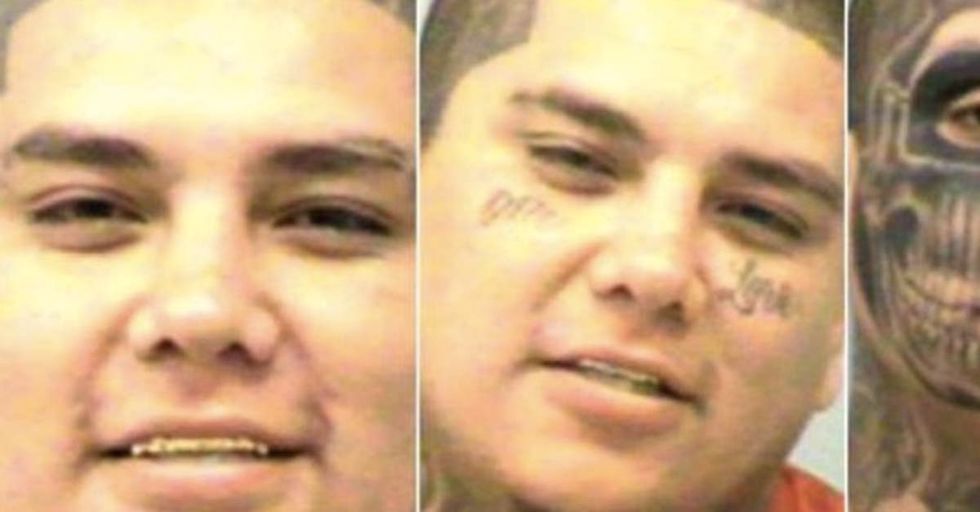 Jacob Pauda was a boy who fell in with a gang and never managed to find his way out.

This progression of mugshots over time don't just serve as evidence of how many times he's been arrested, but also the changes his body and mind underwent as he fell further and further into a life of crime.

Here's the first picture. He might not look like a choirboy, but without the tattoos he looks like a regular kid who may have made mistakes and found himself on the wrong side of the law.

But as the pictures progress...

...it's clear that the arrests are a sign of Jorge straying further from humanity and decency.

Even when you don't take the tattoos into account, you can see the changes in his expression and posture.

He looks surlier and more standoffish, no doubt hardened by the time he's spent with his gang, the Texas Tango Blast.

And while it would be nice to ignore the tattoos completely, someone who cover their face with ink is sending a clear message...

...he's living far outside what society deems to be an acceptable existence.

He's currently serving fifteen years for domestic violence, but I wouldn't expect to see a changed man if he ever finds his way outside of prison again.