Would You Give Deadpool YOUR Phone Number? Check Out These Hilarious 'Texts From Superheroes' | 22 Words 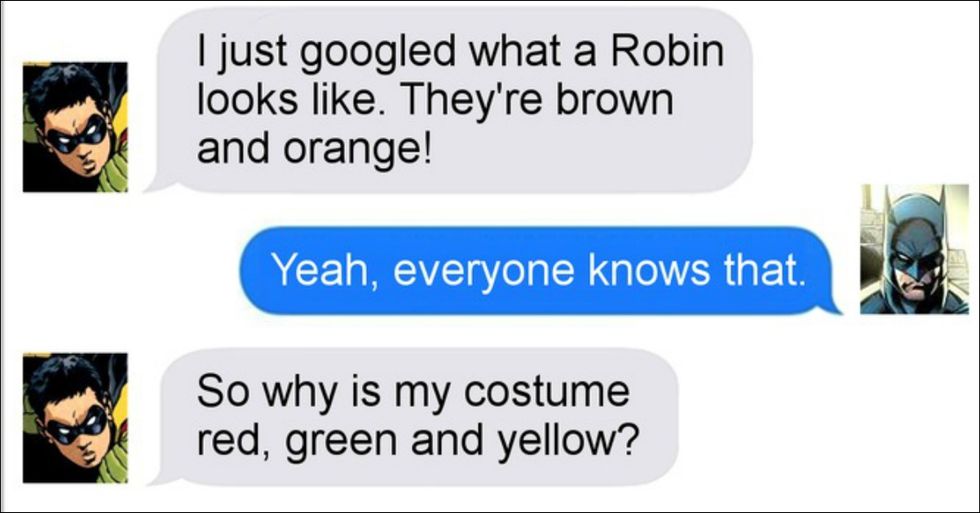 Would You Give Deadpool YOUR Phone Number? Check Out These Hilarious 'Texts From Superheroes'

Given the fact that superheroes are always sporting futuristic technology of some sort, it's reasonable to assume that they have a smartphone stashed somewhere in their spandex. And when they can't communicate via Bat Signal, they would probably have to text.

But as the hilarious blog Texts From Superheroes shows, fighting crime isn't always as exciting and glamorous as it might seem. Each text is like a comic strip in and of itself, and they will most certainly save your world from boredom.