These Weird Laws All Over the World Will Leave You Scratching Your Head and Wondering 'Why?' | 22 Words 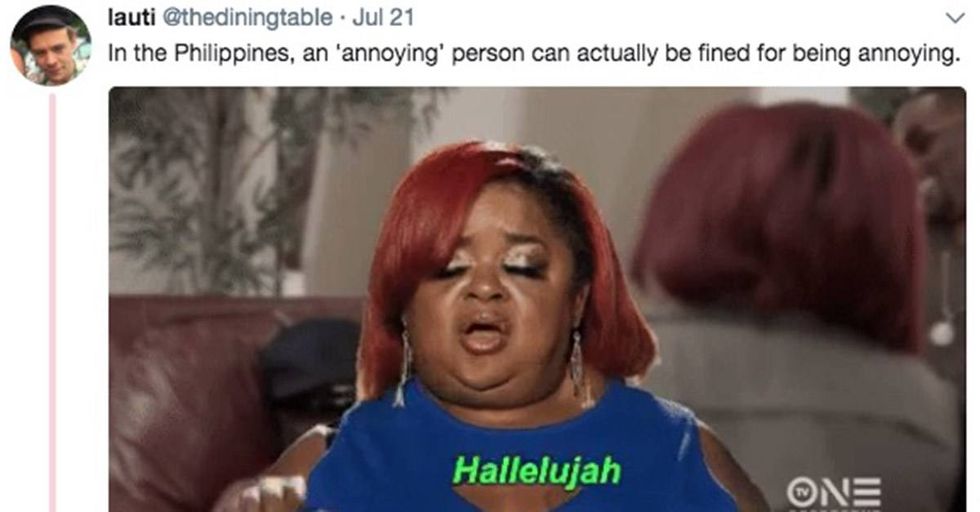 These Weird Laws All Over the World Will Leave You Scratching Your Head and Wondering 'Why?'

We all know that the law is a little slow to keep up with social change. Which is why we're always hearing about strange and random laws that are still on the books even though they make no sense to us in 2017.

One Twitter user, @thediningtable, was so fascinated by these antiquated and bizarre pieces of law that he created a list of them from all over the world.

Try picking a favorite. Or a least favorite. They're so weird that your answer will probably be the same for both.

Visiting your parents isn't just the courteous thing to do in China.

It's the law. Fortunately, many families life together there for generations, so visiting them might be as simple as just coming home for the night.

Sexism aside, why does anyone need permission to do something like this?

Ok. I'm intrigued by this one.

I guess when you're suspicious that your husband is cheating in Hong Kong, it's time to start taking MMA classes.

Any married man knows that the state's punishment would be far more lenient than the wife's would.

If you're moving to Samoa, you might want to bring a couple extra calendars to be safe.

Feel free to skydive on Sunday afternoons! Being single has its (very specific) benefits.

This can't be true, can it?

I mean, do they hold people in jail until they drop weight? That sounds...unpleasant.

This could be burdensome if you live near a football field or other crowded area full of people drinking.

I mean, what if it's late at night? Do robbers just pretend like they have to pee to gain access to someone's house? This law seems...unsafe.

I just wish it was expanded to include the more obvious target here: Fries.

If you're looking to dispose of hay from your third-story walk-up, you should really consider walking it down the stairs!

I'm sure there are monster activism groups that are very upset about this law.

But nowhere in the Bill of Rights are monsters entitled to the same protections as people, so this will be an uphill battle.

Well, I'm sure that's not the only thing keeping people from whale hunting in Nebraska.

But I guess this protects dolphins at aquariums and such, so who knows?

The Royal Family owns ALL the swans?

Lucky them! But why stop at swans? There are far cooler animals to own!

Let's end on one that's great in principle, but would no doubt be tricky to enforce.

I mean, how demoralizing would it be if you were declared "annoying" by a court of law? That's gotta hurt!