They Call This the ‘Assassin Bug’ — If You See One In Your House, Get Help Immediately | 22 Words 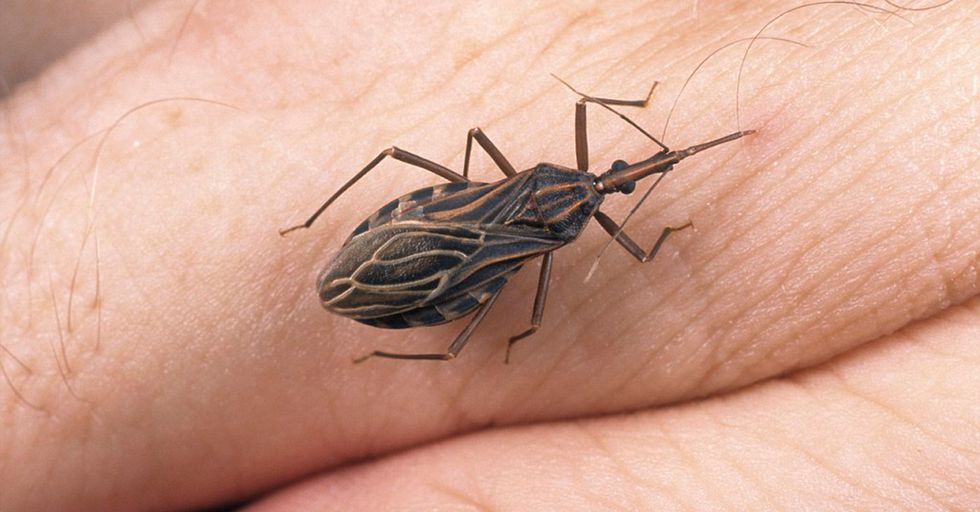 They Call This the ‘Assassin Bug’ — If You See One In Your House, Get Help Immediately

There are a lot of bugs on this earth, and most of them are totally harmless. They're not likely to hurt a human being, although they can make us freak out when we unexpectedly find one on us.

But there's one bug that Americans should be very, very concerned about.

They're called the "Assassin Bug", or "Kissing Bug". This bug can cause the spread of a highly hazardous diseases called American Trypanosomiasis. It is deadly to humans and pets.

Chagas disease has claimed the lives of over 400 dogs in Texas so far.

The bug feeds on blood. For dogs, that is the area around their eyes, and mouths.

The disease is contracted when the bug bites into the dog and then — sorry, this is nasty — rubs its feces into the bite wound or into a mucous membrane.

The bugs feed when pets are asleep.

Dogs can also get Chagas disease by eating the bugs.

Chagas disease is known as "the silent killer" because people don't know they have it until the later stages of the disease.

The results can be fatal.

...and anaphylactic shock. Which can cause asphyxiation, and even death.

Symptoms may start out as flu-like, but eventually become very painful. If you suspect you or your child might have contracted Chagas, go to a hospital immediately.

Assassin Bugs live in places near the home - under rocks and cement, cracks in walls, underneath porches, outdoor dog houses, and forrested areas.

These bugs are highly dangerous to children and animals that play near wooded areas.

This dog had Chagas disease, and as they state in the news report - the disease cannot be passed from dog to human.