They Said He Didn't Look Disabled, So This Man Showed Them the Reality of Crohn's Disease | 22 Words 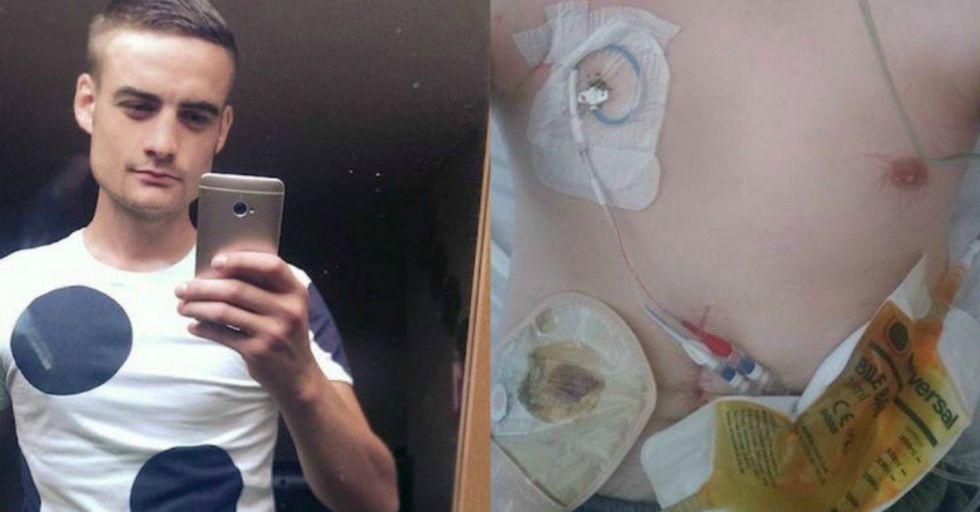 They Said He Didn't Look Disabled, So This Man Showed Them the Reality of Crohn's Disease

For some reason, random strangers sometimes get the urge to make assumptions out loud about other random strangers. And no assumption is more frustrating that implying someone is "fine" and "healthy" based solely on their outward appearance.

Ste Walker, a patient with Crohn's disease, was in a hospital shop in Yorkshire, England, when another customer asked why he was even there, since he looked "fine."

So he went to Facebook to share just how "fine" he was, with a picture of him being treated for his Crohn's.

Because what that stranger didn't see are the tubes, the catheters, the IV bags, his scars, and all of the other baggage that Ste has to handle to deal with his intense medical care.

His post hit home for many, and has since been shared more than 24,000 times with more than 12,000 comments of support and of people sharing their own stories.

It's a good reminder that there are so many "invisible illnesses" out there that people are dealing with — physically and mentally — and you can't judge a book by its cover.