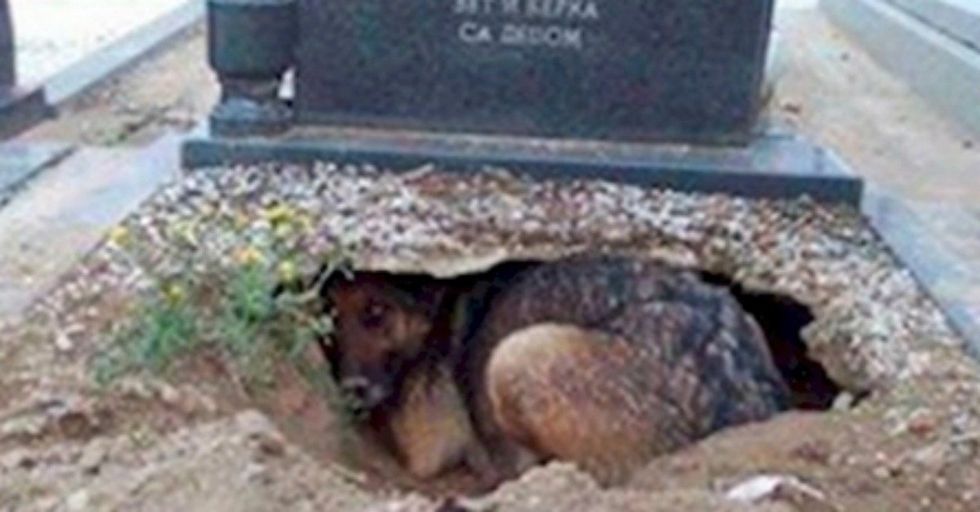 When this photo below first emerged, people wanted to know more about it. Since that time, more details have emerged and it's more unbelievable that people first thought.

At first glance, it appears that this dog could be grieving for its deceased owner.

But the dog was not grieving for a human, it was hiding something...

In fact, this dog was homeless — it didn’t even know the person that was buried here.

The dog was pregnant when it arrived at the cemetery.

Her maternal instinct kicked in and she made a hole in the earth to house herself and give birth to her litter of four puppies.

Cemetery workers soon realized there were some new arrivals, as did some of the friendly locals.

They decided to try to help the family of stray dogs and began feeding the mom to gain her trust.

At first she was naturally hesitant to take food from strangers...

But they eventually won her over, and were soon able to remove the stray dogs from the cemetery.

Lucky for them, they were given shelter and a calm, stable environment.

And how were they doing?

All the animals were examined by a veterinarian.

As for the pups, they were vaccinated, de-wormed, and finally determined to be healthy.