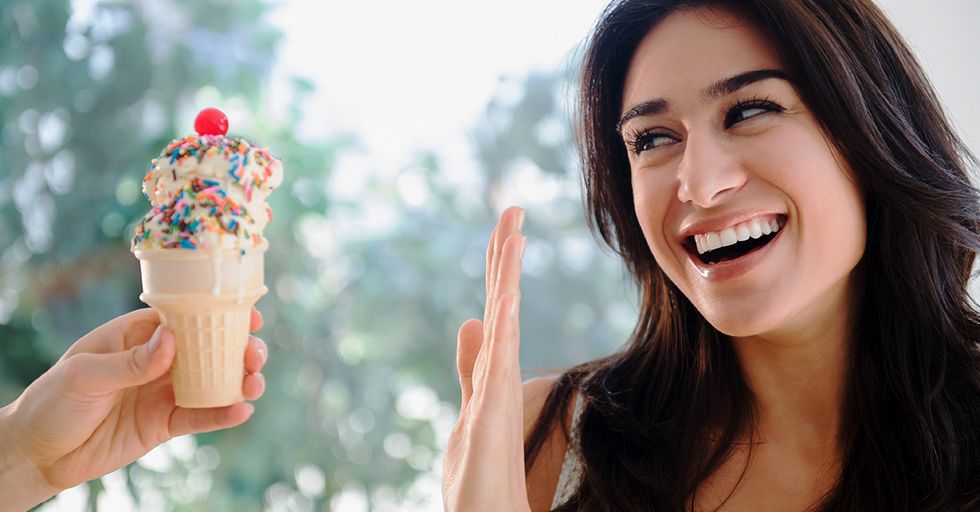 Have you ever heard the phrase "ugly American?" It's a snotty little moniker our European cousins have given to us for our tendency to seem uncultured and unrefined. While we want to deny it a hundred percent, we do, of course, understand that there are cultural differences that we may not be aware of that could offend others.

Here are the worst ones.

We Americans love our personal space very much, but as it turns out, certain countries in Asia and the Middle East love theirs even more. No touching – especially between opposite sexes – and hugging and kissing are out of the question.
Actually, we think we're much better than our more exuberant European cousins when it comes to this. You don't see us air kissing, do you?

In America, as with many places, it's okay to be a little fashionably late. In fact, showing up ten to twenty minutes late to a party can even be considered polite to the host.
Not so certain European countries – Germany and Switzerland being particular sticklers. Being late is considered rude since it's seen as a way of saying your time is more precious than other people's.

3. Being early or on time

4. Saying no to food

This is a BIG no-no in many places – particularly Africa, the Middle East, and South America. The offering of food is an extension of a person's hospitality.
To refuse this is basically to refuse the person or the person's family and home. When in doubt – eat – unless you have dietary restrictions, in which case pass and beg for tea or something that is food adjacent.

5. Casual clothing outside the home

Hey you – yes you with the jeggings or the baggy pants and slouchy shirts. Here's a bit of a shocker – this kind of clothing is not acceptable outside.
In many countries – particularly Japan and parts of Europe, it's not acceptable to conduct business in what basically amounts to loungewear. When in doubt, wear a button-up and keep it pushing...

6. Opening a present immediately when you receive it

In some countries like India and China, this is very rude. We actually agree with this one, it's weirdly uncomfortable to open presents in front of others. There's so much stress associated with the very act.
What if you hate the present? And there the gifter is, watching you carefully for any signs you might not enjoy it. Again – very uncomfortable.

7. Wearing clothes in the sauna

Here's a nightmare scenario. There you are, the lone American in Turkey, or Russia, or Japan, or any number of Scandinavian countries, and you're sitting in a steam room surrounded by naked people.
The worst thing is, you're the rude one, because in the afore-mentioned countries, wearing clothes in such intimate settings is considered rude. Towel, anyone?

You know how you can typically go to any restaurant and have a burger and fries – hold the fries and substitute with a small salad, and oh, can you also have ranch on the side?
You can't do that in lots of European countries – it's considered rude. Before traveling, just get in the mindset of enjoying foods as they are, or you'll be in for an unpleasant awakening...

9. Men showing too much skin

Do you think that speedo is sexy? Well, do you?
In many countries, it's considered bad form for men to show too much skin, so maybe put away that speedo, and take more conservative board shorts instead.

Have you ever heard of taarofing? According to Wikipedia it's "an Iranian form of civility emphasizing both deference and social rank."
Basically, when you taarof, you refuse things you actually want a certain amount of time out of respect. For an American, this can be very complicated, but taarofing has many different forms in many different countries.