Things Australians Do That Seem Weird to Everyone Else | 22 Words 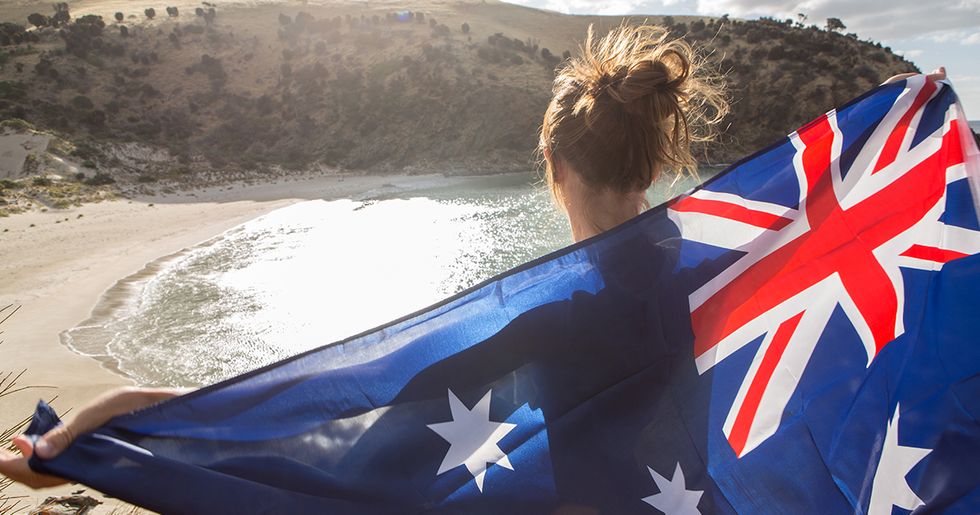 Things Australians Do That Seem Weird to Everyone Else

Living in the Northern Hemisphere, sometimes Australia seems like a whole different world. You can spend Christmas at the beach? Toilets flush backward? Kangaroos hang out in your backyard?

Australia is actually the world’s sixth largest country by total area, and its enormous size means that there’s a huge diversity in its landscapes. You’ll find deserts in the middle of the country, rainforests in the northeast, and mountain ranges in the southeast, not to mention the Great Barrier Reef off the country’s northeast coast.

Australia’s citizens are just as diverse as its nature, and this was recently highlighted when Reddit user nonnoncroissant posed a fun question: “Aussies, what is something that Australians do that would be utterly crazy to any non-Australian?” The responses might surprise you—from the societal (um, they get how much time off work?) to the trivial (they all know a line dance to a Tina Turner song?). Read on to learn more about the land down under.

The amount of bare-footedness. Lots of kids barefoot in the street. It’s not entirely uncommon to see someone who's just quickly run to the grocery store for some milk and bread be barefoot. The day I knew I had become truly Australian was not the day of my citizenship ceremony, but the day I blew out one of my double pluggers at the store and just took off the other thong and finished my shop barefoot. ​Also, there is a spider the size of my hand living in my house and I kind of like her. Not to mention there is a 2 meter carpet python in my roof and I also really like him. —rakshala You won’t catch us without shoes at the grocery store any time soon.

Apparently their vacation days are quite generous.

Taking 3 days off work and ending up with a 10 day break —asofi00 Vacation time? What’s that?

We start the school year in January/February. We end in in December, and have a summer break for Christmas. The school year directly works with the actual year, this might be for all Southern Hemisphere peeps though. —mariocartds Starting school any time other than late August/early September is foreign to us.

Did we mention the vacation time?

Legit answer, long service leave. I think the only countries that have it are us and NZ. If you work 10 years for the same employer then you get an extra two months paid leave. Then after that you get an extra month's leave every five years. This is on top of the 20 days of annual leave, 10 days of sick leave and 10-ish public holidays that we all get every year. —currypuff63 Alright, we’re ready to move there.

I have yet to find another country where this is common but there must be others - knocking your shoes against the wall to shake any spiders out before putting them on. I did this with my school shoes every day. The ONE day I forgot I was in Year 3 and sure enough that was the day a huntsman the size of my hand was hiding in my shoe. Never forgot again. —crochet-and-ballet Hmm…maybe we’re better off staying here after all.

Not that I ride bikes that often, but putting sticks and straws sticking out of your bike helmets to avoid magpie attacks. —AnAverageCastle That sounds terrifying!

The insane long distances some people drive. Some family friends of mine have a 600 km (372 mi) round trip to do their grocery shopping unless for small things at the local petrol station (only 100 km [60 mi] away). Even commuting 60-70 km each way to work isn't uncommon due to the sprawl of the cities reaching, or beating, US levels. —Animosus5 That’s quite a road trip just for groceries.

Sausage sizzle with square bread. —robotised Aka a barbecue where they sell grilled sausages on bread—they even cook up these sausages at polling booths on election day.

Get fined if you don’t vote in an election (I know some countries fine people as well but a lot don’t or don’t have mandatory voting). —blushingelephant An interesting rule—especially when you compare it to the United States’ 55% voter turnout in 2016.

We're the only country in the world where you can eat the national animals (animals on the coat of arms). Imagine an American eating a bald eagle... —I_Explode_Stuff That’s the kangaroo and emu, in case you were wondering. Tastes like chicken?

I was just about to go to bed the other night but when I went to turn off the light, I happened noticed a dark patch on the carpet out of the corner of my eye. Closer inspection revealed a pretty big redback on its way to hide under my bed. Tried to whack it with my shoe a couple of times, but the spring in the carpet meant although it got a bit battered it wasn't dying anytime soon. Ended up having to get a couple tissues for the old hanky squish. Chucked the lot in the bin, turned the light off and went straight to sleep. Didn't occur to me until the next morning on the way to work how much it would have sucked if I didn't notice the f****r before I turned off the light. —Lainy122 Time to burn the house down.

Tina Turner’s “Nutbush City Limits" gets played at most major parties (weddings, school dances, etc.). Why does an obscure song from the 70s get played so often? Because Australia has a line dance to it. The entire country knows it. We’re just born knowing it. —Lozzif This is our new favorite thing.

Every time someone says hello you respond with "Frank Walker from National Tiles" —ShiftyAura We’ve all got a local radio ad that never leaves our brain.

Giving all rangas absolute s**t for being ranga. Gets to a point where even rangas insult those who are even more ranga than them. It's a basic rule of being Aussie —ShiftyAura Ranga = ginger, in case you were confused. (Leave gingers alone!)

Was in Scandinavia a while back, people kept asking me why I asked everyone how they were! "It's how we say hello." But it's a question! Yeah, nah, not really. —broodruff Cultural differences are fascinating.

We use a lot of sarcastic and derogatory humour that I think can be a bit offensive to outsiders who don’t get that we are joking. —UpstairsSpinach It’s not for the easily offended.

Any sort of slang, really. One time, when I was about 11 years old, my family and I flew to California for Disneyland. We got there, and a few days later decided to go to a beach. There was a shop that we walked inside of because my sister needed "flip flops" (she forgot hers for the trip) so she at the time was about 9 years old, ran into the shop asking people: "Where are the thongs? I need new thongs. I forgot my thongs for the trip and I don't want to walk on the beach with sneakers." As an Australian, thongs = flip flops, not a g-string. All the faces my parents got were to die for. "Why would you let your child buy thongs at her age??" No one figured out that we're Australian, or they could tell but didn't know about the slang and terms we use. Thongs are pretty frequently used to name flip flops. Other slang words include: Sanga, servo, rooting, durry, grog, bloke, yewy, Maccas, goon, arvo, dog. —Glassy29 Super awkward!

Pineapple and beetroot on burgers. —currypuff63 Pineapple we can get behind, but beets on a burger?!

Eating vegemite the proper way because the rest of the world don’t know how —FMXDagger In case you were wondering, they recommend having a thin layer on toast with butter (not by the spoonful!).

shoeys —rowdyyyyyy A shoey is when you chug a beer out of your shoe. Delicious.

living in a country where, if the animals don't kill you, the sun certainly will —Iggy363 Between the spiders, crocodiles, and snakes, we’re convinced Australians are pretty brave.

Swearing. I don’t notice it till I talk to a non-Aussie, but we swear a lot, not even in a rude way, we’ll call our mates c***s and swear at each other all the time and it’ll just be a friendly convo either way. —FireF6ng Definitely not as common in the U.S.

They’re attached to their shorts.

Shorts in the winter. Girl in my uni class right now is wearing shorts. It's 12 degrees celsius. Thats 53 degrees fahrenheit according to google. —maecana Then again, if you go to Chicago in April you’ll probably see people doing the same thing.

We’ve got a Vegemite lover over here.

Sometimes when I’m hangry I go to the fridge, get the Vegemite, and just eat it straight from the jar. Also, Vegemite soup. —chawky19 We’re reeling at the thought of Vegemite soup.

I moved to Australia a couple of months ago. I'm from Britain, and I had lived there all my life, for over a decade. The main thing that shocks me about Australia, compared to Britain, is how friendly everyone is. People smile back at you, and you can start conversations with total strangers; it's kind of incredible to me. The barefooted-ness is bizarre to me still too, like, people walking about in shopping stores with no shoes on - you wouldn't want to do that in Gravesend, trust me! It really is half a world away from what I'm used to, in terms of food, culture, and people, but I'm slowly getting used to it. —leaf-does-a-write Culture shock is a real thing!

How little of our huge country is actually populated or even used. —Rhettarded Crazy!

They love their abbrevs.

I love how Australians shorten words. Avo = avocado. Rego = car license plate. I think. Crims = criminals. Arvo = afternoon. Bikies = bikers. They also say “how you going" instead of how are you. —seadboat There’s nothing we love more than a good abbreviation.

Schoolies Week is like spring break but for high school kids. Thousands of 17-year-olds flock to Surfers Paradise to rent beachfront apartments and their parents supply them with underage booze. At the end of the week, a local radio station awards the Tool of the Week for the kid who makes the biggest mess of him or herself on the news. —RogerSterlingsFling Sounds like a high schooler’s dream (and an adult’s nightmare).