Things Millennials Get Totally Called out For | 22 Words 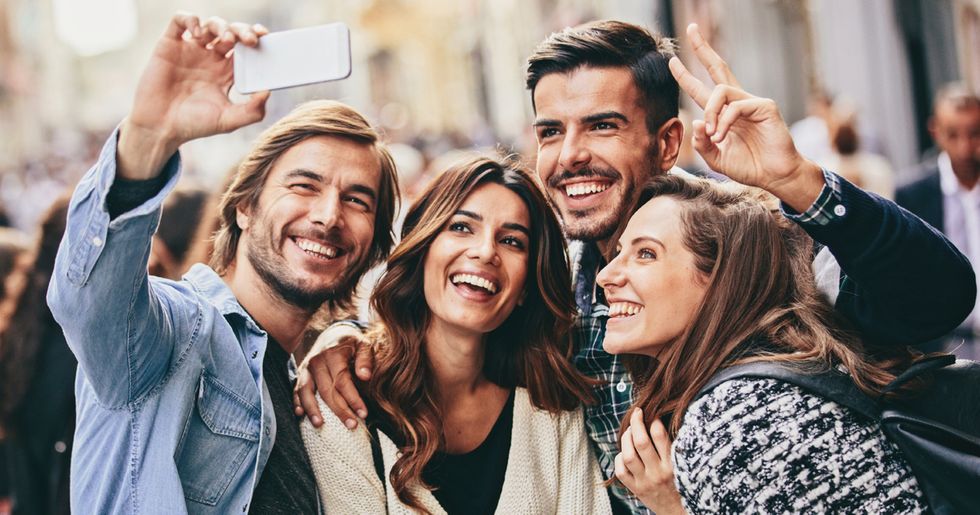 Things Millennials Get Totally Called out For

It seems like every day we open Twitter to find another article about millennials—in particular, how they’re basically The Worst. They’re not buying houses because of their obsession with avocado toast, they’re single-handedly killing off various industries (from mainstream beer companies, to McDonald’s, to light yogurt), and that’s just the tip of the iceberg.

Needless to say, the media is fascinated with the millennial generation.

There’s some disagreement on the cutoff years for millennials, but researchers loosely define the generation as starting with those born from the early 1980s to the mid-1990s or early 2000s.

So why are the millennials ruining everything? We’ve rounded up a wide-ranging list of things that millennials get called out for, from the serious to the mundane. You might be surprised what you find—keep reading for all the juicy details.

They still live with their parents.

The Pew Research Center reports that as of 2016, 15% of 25- to 35-year-olds were living with their parents. This is more than the two previous generations (Gen Xers and the Silent Generation).

They’re not getting married.

According to the Census Bureau, only 3 in 10 millennials have been married, a drastic decrease from previous generations.

Perhaps it’s because they aren’t good at dating.

An article in the New York Post explains that millennials have ditched the dinner date in favor of online dating.

Only 1 in 3 millennials under 35 owns a home, and one poll says that 63% of millennials who have purchased a home actually regret the decision.

The housing shortage is all their fault.

They say it’s because millennials are flocking to big cities rather than settling in the suburbs.

In fact, a study by HomeAdvisor rated them the worst house guests compared to Baby Boomers and Gen Xers.

They only care about buying avocado toast.

And that is why they can’t afford a home.

An industry report blames many factors for a slump in wine sales, including millennials’ “limited financial capacity, a preference for premium spirits and craft beers, delayed careers," and others. Riiiiight.

Watch out, TGI Fridays, Ruby Tuesday, and Applebee's—millennials are preferring to cook at home, order delivery, or grab a quick bite at fast casual restaurants.

And guess why beer sales are slipping?

You guessed it! Millennials don’t seem to be interested in big beer brands like Bud Light, Budweiser, and Miller Light.

They’re not crazy about McDonald’s.

One survey found that 26% of young adults said that McDonald’s had a negative impact on their local community.

Light yogurt is next on millennials’ chopping block.

Sales for light yogurt are dropping, and they’re reaching for Greek and organic yogurt instead.

They also have thoughts on cereal.

A 2015 report shared that millennials said that “cereal was an inconvenient breakfast choice because they had to clean up after eating it."

More than half of millennials ages 22 to 37 say a car is not worth the money spent on maintenance, and that they’d rather be doing something else than driving.

And they’re not that great at it, either.

The AAA Foundation for Traffic Safety found that 88% of drivers ages 19 to 24 admitted to engaging in risky driving behavior (e.g., texting while driving, running red lights, speeding) within the previous month.

Lots of outlets label them as entitled.

"Millennials are so entitled!" Aye well I don't see 20-somethings screaming for the manager because their coupon expired a month ago, Janet
— Liam Dryden ⛄️ (@Liam Dryden ⛄️)1456188859.0

Exhibit A: a TIME Magazine cover article called them the “Me Me Me Generation."

Some argue that those childhood participation trophies made all the difference in millennials’ mindsets.

They have a negative reputation in the workplace.

A 2015 study showed that hiring managers perceived millennials as “narcissistic" and “money-driven."

They may not be as patriotic.

A Pew Research poll showed that 48% of Americans think their country is the greatest in the world, while only 32% of millennials share this opinion.

Golf rounds are down, and some are blaming millennials, but others say the industry has a bunch of other factors bringing it down.

They’re opting to buy paper towels rather than napkins. (How dare they?!)

They’re not fans of soap.

Bar soap, that is. They think that “bar soap is covered in germs," and are more likely to go for liquid soap and shower gel.

They don’t use fabric softener, either.

Fabric softener sales are decreasing, and a P&G exec says that most millennials “don’t know what the product is for." Hmm…

They’re way too obsessed with selfies.

One study says that the average millennial will take a whopping 25,700 selfies over their lifetime.

They’re not into Macy’s or Sears, and are more likely to spend money on experiences than tangible goods.

Perhaps because they’re not getting married, or they’re opting for more affordable, eco-friendly options.

Between streaming services and rising ticket prices, why would they want to go to the theater?

And spending too much time doing nothing.

Gary Vaynerchuk advised millennials that they waste too much time watching House of Cards and playing Madden.

Their credit scores are horrible.

And they don’t have credit cards.

Only 33% of millennials have a credit card, which can make it harder to increase one’s credit score. So millennials are killing everything—or maybe they’re just finding a new way to do things. Be sure to share this article with your friends (millennial or not) on Facebook!