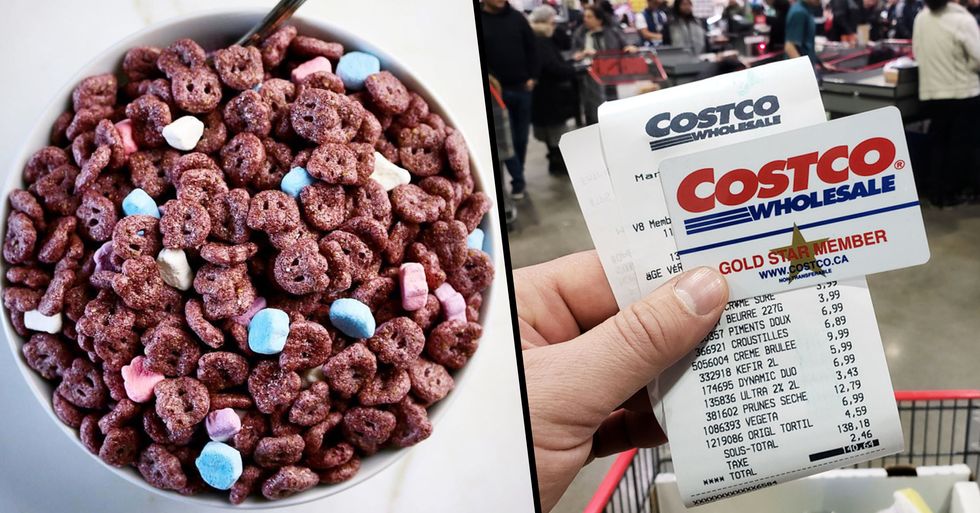 Say what you like about millennials - because the internet sure does. In fact, they face such a roasting online that it's almost as though older generations have taken out a personal vendetta against them. But one area in which they receive repeat criticism? Ruining particular (and usually highly niche) industries.

We've compiled a list of the most bizarre, most hilarious, and some of the most accurate accusations by the older generations regarding the supposed crimes of millennials for your scrolling pleasure. Enjoy!

Everyone tends to think that their age group has it the worst, and usually the blame for that rests primarily on other generations.

But there's one generation that most often bears the brunt of the criticism.

Millennials seem to be almost universally derided by the internet for their broad range of crimes.

But there's one thing that millennials are nearly constantly blamed for.

They're a generation who have, essentially, stopped buying things - and this anti-capitalist (or perhaps budget-induced) stance has a large part of the internet feeling aggravated. But, in spite of it almost being a meme at this point, there are certain things millennials actually are ruining.

Only one-third of millennials own their home - with another third still living with their parents. This is the lowest rate of homeownership since the '60s.

Onto a potentially smaller issue.

Sales of breakfast cereals are down - far down - and it seems like millennials are to blame. We aren't sure of the reasons, although some speculate that it's just too messy and difficult to clean up.

Millennials are also in opposition to a particular gesture.

According to some, millennials tend to have far weaker handshakes than those from prior generations.

That's not the only convention that this generation is doing away with.

Only around thirty percent of millennials are either married or cohabiting - with the rest sticking firmly to Tinder for now.

Although some things may actually be positive.

Millennials are no longer keen to say "Merry Christmas," finding the phrase exclusive. For them, it's far more popular to say, "Happy Holidays!"

Others are more upsetting.

Apparently, millennials are wreaking havoc with Costco's profits, choosing, instead, to do their bulk shopping via the good old internet.

And some are just plain weird.

According to some reports, millennials are totally over buying pants - instead, favoring a more comfortable legging, sales of which have gone through the roof.

We've already discussed the lack of marriages in millennial culture...

According to some, the honeymoon is another tradition that millennials are taking down. Some even claim that they're favoring "unimoons" - separate vacations for the newly married couple.

The daily nine to five seems to be slowly becoming a thing of the past as technology allows for more flexible working hours - and more consistent connection to email.

There's another convention they're eschewing.

Apparently, millennials aren't into purchasing tinned food anymore. It seems to be a little too retro for their tastes, with much of the generation not even owning a can opener!

And there's another thing that millennials are no longer keeping hold of.

Cash! The generation is far more fond of spending virtually, with cash being overly cumbersome and an annoyance.

Here's a weird one.

Apparently, millennials have also stopped eating lunch. Many favor a few light snacks throughout the day instead of an extensive lunch break, finding it healthier and more time efficient.

Millennials have also stopped dining at chain restaurants, so, in the future, we may need to bid farewell to Chillis and Applebees!

Hotels have also taken a hit.

Millennials tend to find staying in a hotel far too overpriced and tend to favor online options, like Airbnb, instead.

There are some things that millennials find too basic.

And there are other cleaning products that are seen as simply unnecessary.

Apparently, millennials just aren't going for fabric softener anymore. Because they tend to go for stretchy leisurewear, it's seen as being redundant - plus, it isn't the best for the environment.

And there's another traditional item that millennials are eschewing.

Well, not eschewing entirely - but certainly downsizing. In the past, a huge Thanksgiving turkey was seen as a status symbol - but millennials have been downsizing, citing less food waste.

There's another culinary item that millennials are making obsolete.

Beer. Whether it's a fancier, craft IPA or a cheap forty, it seems like they just aren't as fond of the stuff as previous generations.

In spite of the fact that they're keen to threaten moving there in any political crisis, millennials just aren't vacationing in Canada these days. They're far more likely to pick another destination.

Millennials are also saying goodbye to something else.

Golf. The reason? It may be that the sport has an exclusive reputation which just isn't cool anymore.

And there's another high-class item that the generation is totally over.

Millennials no longer want to wear stiletto heels - and if you've ever tried wearing a pair, we imagine that you can see why.

It seems like there's a range of this sort of item that millennials are no longer bothered about.

They've also stopped purchasing napkins - perhaps because they're trying to be thrifty, or because they lead generally more casual lives.

But here's a strange one.

Millennials no longer like boobs. Restaurants like Hooters have reported massive drops in profits - although that may be more related to their bizarrely misogynistic stance than the actual breasts.

We've already mentioned this one.

Millennials just aren't into buying diamonds - although their lack of disposable cash may suggest that this is not exactly a choice.

It's not just beer that's taken a hit.

Wine's also on the out - well, wine with a cork, at least. Millennials tend to favor a screw top - maybe because of their dislike to kitchen utensils...

But let's end on a positive, shall we?

Millennials are also massively lowering rates of divorce. Now, that might be related to the fact they're not getting married - but still!