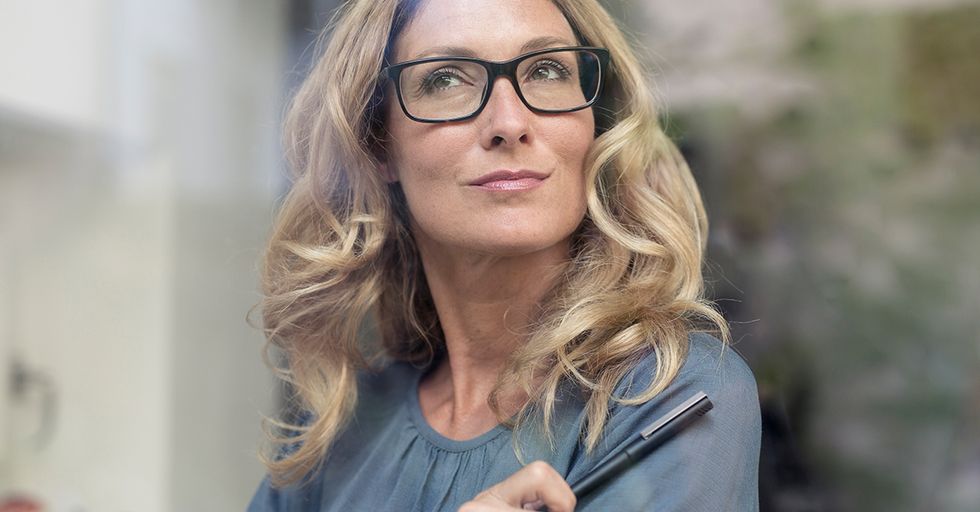 Time changes quickly. When you think about it, it can sometimes feel like each day crawls by slowly – but in the blink of an eye, a few years can pass. It's a little scary, and depressing if you put your mind to it too much. But it's also cool – think about how different this decade is from the last. I mean, do you remember how popular butterfly clips were in the late '90s and early '00s? Did we ever think we'd evolve past cargo shorts, as a society? Remember when everyone thought Y2K was going to destroy the world as we knew it?

Time moves fast. Let's think about in terms of legality. Think of all the things that are legal now that won't be in 25 years. A subreddit asked this exact question, and the discussions that followed are very interesting.

Everyone thought that we would have flying cars by now, didn't they? Where are our flying cars?!

We look at pictures of our parents and grandparents and think, "What were they thinking?"

The past is fascinating.

It sure makes me feel grateful for being alive in this day and age. But, what about the future? What are some things that are legal now, but in 25 years probably won't be?

Spoofing CallerID. I believe people will revolt the more spam calls starts annoying the hell out of us to demand the phone companies lock down their caller ID system. - CobraPony67 Yes, please let this become illegal.

And the winner is...

Toddler beauty pageants. God I hope so. - Prosaiyan
While entertaining, they're quite disturbing. I second this.

Not choosing to vaccinate your kids thanks to the great plague of 2034. -- quisquiliae_pandam

What a world that would be!

Butt, what are you saying?

The butt wipes everyone started using. They don’t dissolve like they’re supposed to, and have quickly become the leading cause of sewer clogs. Many local sewer districts want them banned. - Tangboy50000

Anybody want to buy some essential oils?

MLMs. - dretzen
May all multi-level marketing schemes fade away forever. Please. I do not want to buy your essential oils, people!

The robots will get us all.

I sincerely hope that using AI to analyze your online activity and create a portrait of who you are will be regulated. AI is scary good at it and it can do a lot more damage than just tailoring ads. - Dahm1996

Making intentionally shitty, essential products that break after a year so it forces you to buy another one. - EpicalaxyMaster

If I have to buy one more iPhone charger...

Super bright car LED headlights. - arabidopsis
Here's to not being blinded when we drive.

Who wants to get rid of their student loan debt?

Inflated college tuitions. I think this is something people are going to fight in years to come. - Everybody-dance-now

Please, can my student loans just cease to exist?

California recently made it illegal for pet stores to sell animals that aren't rescue animals. I'm really hoping the rest of the country follows suit. There are so many animals that are overlooked and never adopted.

On a similar note, I really want to see declawing cats made illegal. - FritoLaysForDays

Yes to all of this.

This is a great thing. Let's all go buy reusable straws.

The end of football?

American Football, at least with its current format and rules. Stars currently playing are quietly discouraging their kids from playing in tackle football due to the severe head trauma involved. Some of them have said the words out loud. If the NFL and American Football are to be preserved, eventually they will need to face the music and make drastic changes to really ensure guys don't spend the first 30 years of their life taking bruising to their brains on a near-daily basis. - Holgrin

It's just not worth it.

Can't we all play nice?

Mean online messages while gaming.  - TDeath21
I thought the rule was, "If you don't have anything nice to say, don't say anything at all."

Plastic wrappings and bags. - RadicalHatter
The environment depends on it!

Memes will never die! What kind of sad world would we live in without memes?

Smoking. - Werdna235
Do you think smoking cigarettes will ever become illegal?

Clearly, there are many things that people think will be illegal in 25 years.

Some things are definitely more realistic than others.

The world is constantly changing...

And despite how depressing the news can seem, we have to hope that it's changing for the better. And if we don't think it is?

Which can feel overwhelming, but it doesn't have to be.

Even if that means giving up your plastic straws every day.

Every little bit counts. It's okay to take it step-by-step.

It's interesting to think where our world will be in 25 years.

Will we finally be free of student loans?!

It's impossible to say, but it's fascinating to think about. Share this with your friend who is obsessed with thinking about the future!