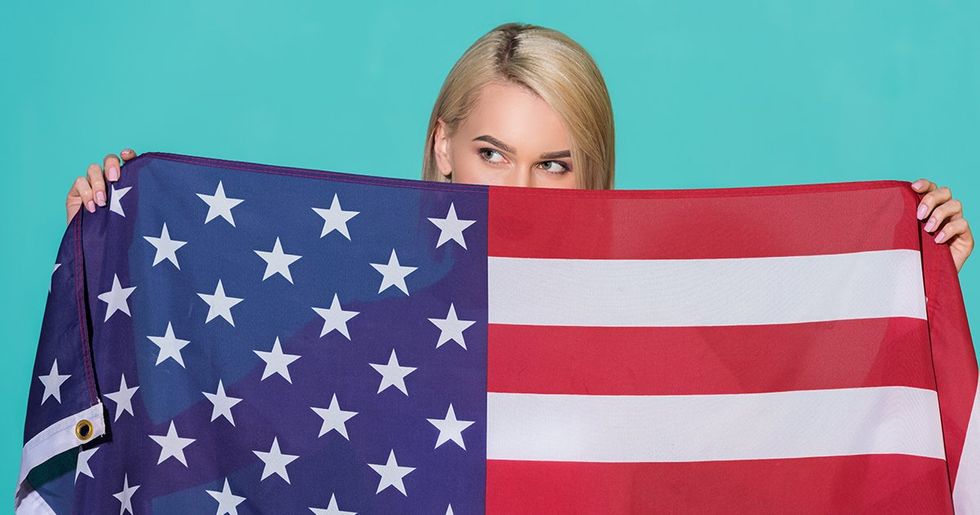 As Americans, we tend to live in a bubble.

A bubble full of 12-hour clocks, Fahrenheit temperatures, and a reluctance to acknowledge the metric system even though it makes way more sense.

And we tend to be proud of your bubbled existence.

But America is not the world, and people who aren't from the good (?) ol' U.S. of A, well, they have some questions about the way we do things.

I got nothing for you, man. Why is Arkansas pronounced Arkan-SAW, but Kansas isn't pronounced Kan-SAW?! I don't get it either.

This is a really good question because autumn is such a magical word and fall is, well, just fall. It doesn't matter, though. It's just the best season.

Another thing I just never really thought about and accepted without questioning even though this makes little to no sense.

I'm with you on this one. These pointy cups are dumb and should not exist. The next one is truly baffling.

As a society, we have 100% normalized not knowing exactly what you're going to pay for something before you have to pay for it. Why?! Why did we do this to ourselves?

Full disclosure: This is my dad's name, and I fully pronounce it like "creg," and I think actually saying "crayyyyg" is bizarre and terrible.

For this one, I think there's an actual answer, and it has to do with the eggs being washed, which strips them of a protective layer that would allow them to not be refrigerated.

Oh man, this is becoming more and more of a question every single day. I love that while some people are making a huge deal about athletes kneeling during the anthem before games, most of the world is like, "It's insane to play it before games to begin with." 'Murica.

Um, I can answer this one, and it's because it's so much nicer to be comfortable when you're on a six-hour flight. Why wouldn't you wear PJs on the plane?! The next one I actually stand by.

OK, this doesn't happen every single time, but I happen to think this friendliness and familiarity is nice and reassuring and comforting. I like huggers, and I like to hug (if both parties are willing, of course).

Do other countries not have a litany of after-school activities from which to choose, either out of genuine interest or to pad your resume for your college application?

I agree that this is some sort of punishment. Growing up on the east coast, school always started in September, after Labor Day. The whole month of August is meant to be summer break!

Look, we like our brand names, and also those drug names are long and hard to say. It's a win-win for us.

What does Europe have against cold beverages?! I don't understand. They're so good! So thirst-quenching! The next one is a valid point.

I get this. But have you ever gone to the bathroom at work just to get away from your desk and your coworkers for a little while? I rest(room) my case.

'I went to Europe'

This is valid. Each European country is different and unique, as are cities within those countries. You wouldn't say, "I went to Asia!" because that would be preposterous.

Again, a valid point. I've never seen a tuna dog, but I would like to see one.

Do you know where hamburgers got their name? Because I've asked myself this very question many a time.

In all seriousness, this one gets me. Our health care system is so broken, and universal health care is clearly the answer, but greed and classism and racism are all preventing it from happening. Cool beans, America. Share this with someone who finds the U.S. quite perplexing!