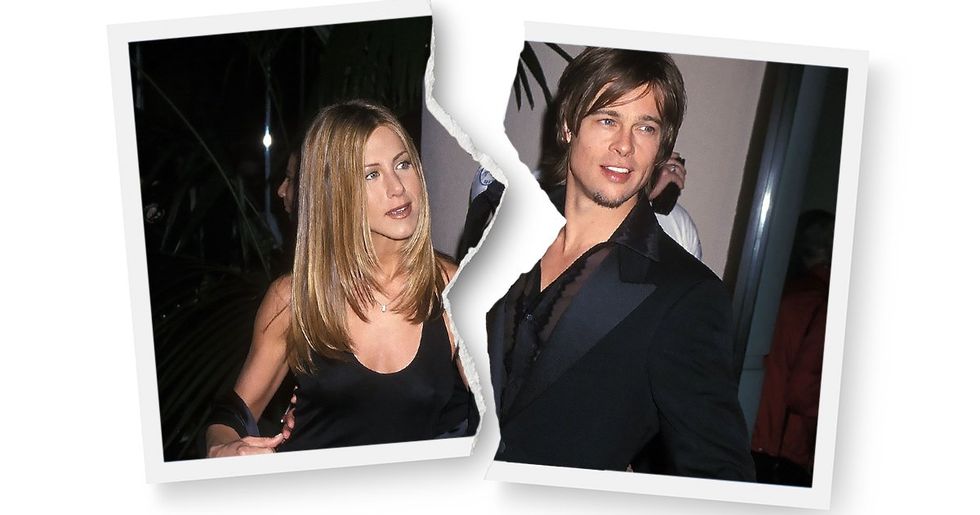 Things That Ruined Everyone's Day in the Mid-2000s

Back in the late '90s, having a purple (or any colored) beeper was like the coolest thing ever. But we still had to use a payphone to call back the person who paged us if we were away from home.

Enter the 2000s and the hoopla of Y2K. Remember that? Once we made it past 1/1/2000 and realized we were all still alive, us Americans continued to forge our path. That path included using things like AOL, flip phones, Blackberries (if we were so lucky), and downloading music on our iPods.

And while technology is definitely speedier, sleeker, and just plan better today than it was 15 years ago, many young people (like my kids) have no idea how lucky they are to have something like YouTube at their fingertips – and not only on their tablets, but also our computer, and television.

Let's take a slight nostalgic trip down memory lane and reminisce about some of the things that ruined or our day (or at least made us cry) back in the mid-2000s.

This list will bring you back to a slightly simpler time. Perhaps to a time when things were just a wee bit, well, less techy.

Remember the first time you heard the term, "Liger"? If you can answer "yes!", then congrats, you remember the year 2004. As this was the year the popular movie, Napoleon Dynamite, made its debut. Tots anyone?

So Jon Heder became a star thanks to his role in this film but thank goodness moon boots never caught back on, am I right?

While watching this movie, you may have noticed that the technology used in this film was pretty old school.

In a couple of scenes, Napolean uses a VCR and an old-time Walkman.

If you ever used these devices in the past, you know that a VCR just doesn't have the same capabilities as a DVD or Blu-ray player.

And DVD players didn't hit mainstream until the early 2000s.

Which means most of us were stuck in a Twilight Zone with VHS tapes.

Did you ever get excited to watch a VHS tape only to hear your VCR eating the videotape?

It always made that horrible sound and you just knew your favorite movie had died. And sometimes the dang thing would jam in there and you'd need pliers just to get it out. Once out, the film inside was usually destroyed. And so was your mood.

And a Walkman could only play the music on the cassette tape you had.

And, like, who carried cassette tapes in their back pocket? But, that's taking it a bit prior to 2000.

Because most of us during this time had sweet CD players.

But any bit of jumping or shaking of the CD player would cause the CD to skip. And UGH, that was just aggravating to no end.

It was cool when the iPod came out and you had the shuffle option.

Except for the fact that you had to slowly download the music and potentially get a virus.

Remember when you had a limit on minutes? Yeah, that sucked big time! How did we ever survive this Tomfoolery?

Blockbuster Video was jammed pack every weekend night. And when a new release hit the shelves, people gobbled 'em up.

And if you got to the video store too late, the clerk would inform you that all the copies had been rented out. And that always puts a huge damper on your weekend pleasure. Like, the worst!

Who remembers those yellow "Livestrong" wristbands that were all the rage, thanks to Lance Armstrong?

And that horrible feeling when yours started to tear? Maybe it was a sign – damaged goods? Those popular bracelets were produced by Nike in May of 2004 and they sold nearly 80 million of them!

If you're a girl, you may have owned a pair of the black Steve Madden slides.

But those slides always started to show their mileage by all the white scuff marks  – turning any cute outfit ugly.

Us females also made Ugg boots a thing.

From celebrities to the girl next door, it seems everyone had a pair of these. But we soon realized these warm boots looked cleaner, much cleaner in the summer or on celebs in sunny LA.

Another popular trend was anything cucumber-melon scented.

So, if you got a gift from someone from Bath + Body Works and it was any other scent, you cringed inside but smiled anyway.

With the onset of smartphones nowadays, it seems that back in the mid-2000s, work stayed at work.

You didn't have the capability of checking work emails from home. Which could be good or bad, depending on the way you look at it.

If you had an AOL email address, then surely you used AIM - Instant Messenger.

And if your computer didn't dial up fast enough or crashed entirely, this definitely ruined your spirit (for a few minutes).

If you were an avid watcher of the show, Friends, then you knew who Jennifer Aniston was.

Even if you didn't watch, you probably knew who she was, because hello?! She is Jennifer Aniston, who was married to Brad effing Pitt. Until Angelina came in and swooped him away, that is. They were a power couple until 2005. But we are still hoping this pretty couple reunites...one day.

Britney Spears was also at the top of her game during this time.

America was oozing Britney Spears. This girl had the world at her fingertips. Unfortunately, for Brit, her world came crashing down in 2007. And though she has redeemed herself, we'll never feel the same about it.

We also saw the rise and fall of famous boy bands.

I think us ladies were a little worried when Justin Timberlake said "bye-bye-bye" to his bandmates. However, at the time we had no idea what awesome singles he'd bring us. And we are totally fine with it now. But back then, not so much.

Another popular trend that hit this era was the Atkins Diet.

Yep, I succumbed to this diet. Eating endless amounts of meats and bacon seemed like a grand idea at the time. Until you realized long term it was super unrealistic. And that feeling always made you run to your nearest McDonald's and cry.

Another big fashion trend at this time was women's tracksuits.

And not just any old tracksuit would do, it needed to be made of velour.

How or why these things ever became popular is beyond me. But people who wore them thought they were the best invention since sliced bread. Until doctors started wearing them and then the everyday Joe felt a fool.

YouTube didn't come out until 2005 and when it did, people were amazed.

But often times you would get an Internet Explorer error that would totally freeze your screen and you'd want to pull your hair out.

My kids have learned that if we want to capture a picture, we use Mom or Dad's phone.

But before this option even existed on our phone, we bought those cheap disposable cameras. You remember, right? And we'd take it in to get the film developed, wait a week, and then be pissed because the pictures were often blurry.

We also had Netflix, but it's not the Netflix we know and love today.

Netflix actually launched in 1998; however, it didn't become popular until 2007. And we still had to wait for our movie to arrive.

And social media was in development still. We had no idea who Mark Zuckerberg was.

Until 2004. Facebook changed the game. Everyone knows what Facebook is. Even your grandma! At the time though, we thought it was a little weird. But, it seemed classier than Myspace. So, we signed up. And when Myspace lots its fizz, many were bummed about it.

They simply took great pride in their appearance. They liked to shop for stylish clothes and always appeared groomed. But some men were offended if you referred to them as such.

There were a lot of mishaps in the mid-2000s

With anything, we live, learn, and grow. Technology has certainly advanced us, and who knows where will be in another 15 years from now.

We also learned who the entire Kardashian clan was, due to their reality show, which came out in 2007.

A show that still hits the airways today. It's like watching paint dry but, hey, there is a viewer for everything. If you have ever watched it, you couldn't help but feel annoyed by how lavish these people live. And it all started with a sex tape.

So, there you have it. A little trip down memory lane. We've come a long way, baby!

And most things have improved for the better. As with any decade, there is the good and the bad. That's what keeps things in balance.