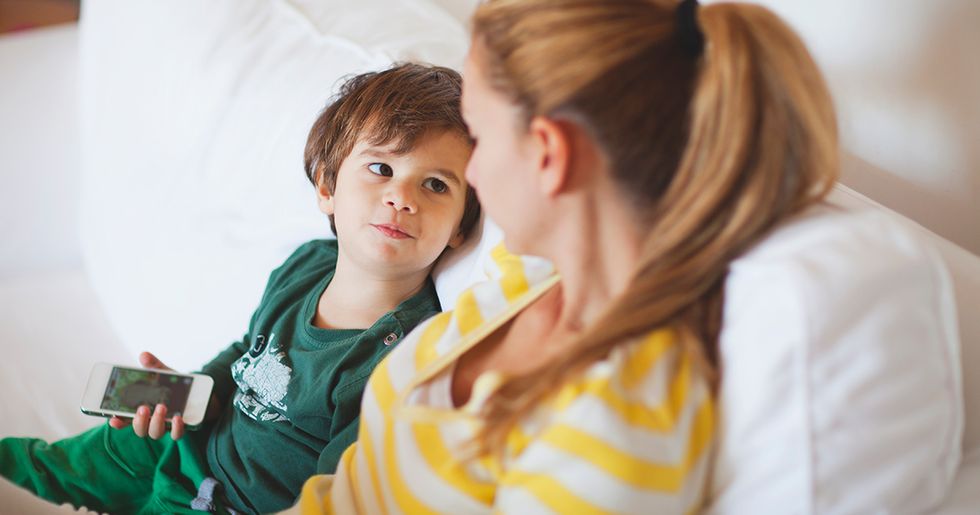 30 Things That Will Make All Millennials Feel Old AF

A thread on Reddit recently invited millennial Redditors to finish the sentence “Back in my day…” That question referred to the things we millennials will be saying when the time comes—yet for many, it already has.

If you’re a millennial who has caught yourself saying something along those lines, then you’ll find these 30 ideas super relatable.

If you haven’t, then just you wait: this list is a blast from the past!

"We had to memorize phone numbers before cellphones remembered them for us!" -RenegadeSword668

Ah, the pitfalls of yesteryear’s television.

I already tell my son (7) "back in MY day you didn't have 1000 options to watch. You watched the GUIDE channel and if you missed the channel you were looking for you had to WAIT another cycle to see it. And if you weren't home in time to see your show, you just didn't see it!" -Muhryzzle

Remember the lengths you had to go for some music?

You could only download music if you were willing to infect your computer with Limewire and Kazaa viruses. -manicuresandmimosas

Technology really has improved by leaps and bounds.

Back in my day you couldn't use the phone and Internet at the same time. -Skinnyscales

Some public figures are well-known to millennials and aren’t to others?

A 12-13-year-old girl I'm tutoring does not know Britney Spears. And she thought Bill Gates was dead. -invasionofthesloths Keep reading to see more technology of the past that all millennials will remember depending on!

How did we survive without GPS?

You had to print out directions and a map to get places you hadn't been to. My dad had that huge book of maps that were all laminated. Then there was MapQuest. Then the Garmin. I remember people were scared of their Garmin getting stolen, so they had a pin number for it. So weird. -Joan_of_Architecture

Amazon Prime is such a novelty.

Two-day shipping was a luxury! -Bee_Lady

And remember those VHS-rewinding machines for movies?

We had to spend time rewinding the movie before we could watch it again. -partingwords

Phones used to have such a painfully iconic sound.

"Now kids, let me tell you about these things called 'dial tones’…" -gardenmarauding

Of course, a few things may have been preferable then.

Back in my day, all websites loaded at the same speed. -DickyMcGrumpy SHADE. On the next page, find some millennial nostalgia in the world of art and entertainment!

The good old days, when beautiful animations were entirely hand-drawn.

Pokémon had a resurgence recently, but who remembers its first big ‘moment’?

Yu Gi Oh and Pokémon were a huge deal in primary and elementary school. -handsome_vulpine

"We had to buy attachments for our Gameboys. That's a really old version of a DS, my boy. Only one screen that didn't light up." -Amethyst1018

How about those giant computers with a million parts?

We stored data on spinning platters. Computers had moving parts. -huuaaang Sometimes it seems like all you have time to do is blink before some piece of tech becomes antiquated. Keep reading to see what, surprisingly, counts as a relic these days!

Saw a Wikipedia article for “answering machine" today. Someone created it in 2014. I felt kind of old. -CloverBun

The internet institution that is Google was founded in 1998.

Years after its death, some of us still remember Blockbuster.

We had to drive to a store and wander around it for sometimes hours just to pick something we wanted to watch later. Then we had to bring it back on time. -theFlyingCode

A time before PowerPoint? Inconceivable!

We didn't have powerpoint presentations, only acetate, and projectors. -AT1787

Laptops are the best.

…We had to have keyboards and a mouse and touch screens to navigate the internet. -MasterofDruss In some ways, the things we had way back when are worth remembering fondly. Read on to see what we'll miss most about them AND what we won't.

We admit, phone calls used to be pretty exciting.

There was a time that preceded CALLER ID. So picking up the phone was like opening up a mystery box. It could be your dear Aunt Betty, or it could be a telemarketer or your boss. You just never knew!! -n00bcak3

Back in my day I only had 50 texts per month! I had to carefully choose who my friends were. -EmperorZurg14

It took us 30 minutes to download one song, and our 'playlists' could only be as large as a 50mb CD, which took an hour or more to burn. We carried a book of these CDs, each one with a different 'playlist.’ -TechniChara

Back in my day, Pluto was a planet. -commentninja

And television antennas made you want to pull your hair out!

TVs were thick and heavy and sometimes had these two metal sticks coming out of the top. The image would sometimes look terrible, and you'd need to get up move the sticks around and hope the image got a bit more clear. Sadly it didn’t go up above 480p. -sdflius We won't miss fiddling with TV antenna, but there are other things we will! Join us on the next page in reminiscing over a few of the most iconic old websites that ever millennial used!

We spent hours picking glitter backgrounds for our MySpaces. -TalesFromAChad I feel called out, but it's so true.

We had to get pictures developed in order to see what we captured. -Pinkfluffysheep

Getting to a movie theater was a little more involved.

I remember looking at the newspaper movie listings with my Dad back in the day! -Muhryzzle

It’s weird to think of a time before Wi-Fi, but here you have it!

“We didn’t have Wi-Fi until we were in our teens!" -OninWar_

We communicated with AOL and MSN Messenger! (I know, it’s like seeing a dinosaur.) Like this story? Share it with your fellow millennial friends and decide what you'll be telling future generations about when you get the chance!