17 Things We Should Really Stop Teaching Our Children | 22 Words 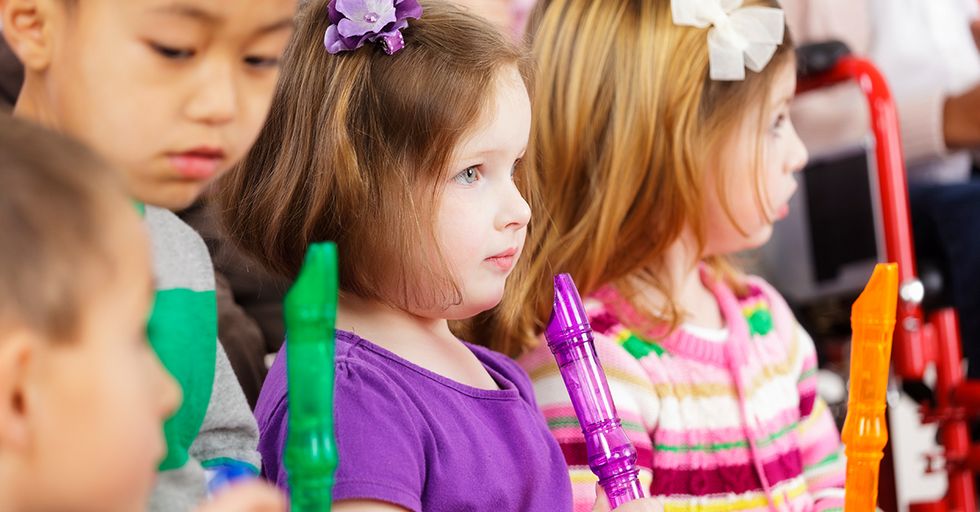 17 Things We Should Really Stop Teaching Our Children

Chances are it's been a minute since you were a kid.

Now is a good time to reflect on everything we were taught when we were little and decide if the children of today should also be taught those things or if they should be tossed out the window!

These 17 people have some ideas for what used to be normal that should probably be abandoned when we're molding the minds of the future.

That they should "Go and change the world!" I'm sorry most people don't even get their own shit together. Everybody's trying to save a cause, or fix this or that. Maybe just be nice to your neighbours, help out your grandfather cleaning his garage. Make your life and the people around your life better. If everybody did that maybe we could change the world. –Peter_See

That it's expected that they have kids. I look back to when I told my uncle that he and his wife should have kids and cringe (I was 8 or something). They're happier than a lot of parents I know, and 20 years later, I completely empathize with him. –SpareAnimalParts

That if a boy is mean to a girl it means he likes her. Or any genders. We should not make meanness cute in our children's heads, because it leads to acceptance of that same meanness in adult romantic life. –MrsLong75709

"What happens at grandmas stays at grandmas" comes from a cute place I guess but it sets a dangerous precedent. You are teaching a (often very young) child that there are times when it is OK to lie to their parents when another adult says so. That's an oversimplification but you get the idea –TheMondayMonocot

That they have to hug and kiss their relatives. Like, yes, it’s polite to give your aunt a kiss, but no one should force kids to engage in physical intimacy if they’re uncomfortable. Sets a precedent that if someone is in a position that you’re supposed to engage in some sort of physical act, that you have to touch this person or you’re doing something bad. People should be able to not get touched and that should be okay –kharmatika

that you should look away when we someone in a wheelchair. yes, It's not polite to stare but Don't scold your child Because they are curious this is a good teachable moment about inclusion for everyone. –Highchair2

“Children are only to speak when spoken to" it would always make me so angry when my parents would say that s**t to me. –greeneyedcreeper

cursive. It's been replaced with keyboarding. It's a dying skill. I think it might be useful to teach calligraphy as part of art. But at the end of the day, cursive is just a font. –FalstaffsMind

Religion at school. It should be taught in the house. –YouserName007

That life is fair, everyone deserves to win, and we all "live happily ever after" We don't need to make them think life is hopeless, but at the same time "participation trophies" teach some kids that you've done enough just by showing up. Most employers tend to disagree with that idea, and actually expect you to do something in exchange for a paycheck –MOS95B

Any kind of reproductive mythology about babies being delivered by storks or found in a cabbage patch. Just tell them the truth. –paul_maybe

That the word "sorry" will fix a problem. So many people force kids to say "sorry", but it doesn't mean anything to them and doesn't address whatever the real grievance is. I'm a preschool teacher and I hate when parents tell their kids to apologize to me. –ddevoda

Parents should stop saying ‘Boys will be boys’ or ‘boys just do that, ignore him’. I’m a girl who grew up with 2 brothers and I was expected to be a lady while they wouldn’t leave me alone. Not fun. We get along better nowadays luckily:) –ILikeBananaWaffles

Clear your plate I've had many a stand up row with my mother about her trying to make my kids clear their plates They're a healthier weight than I was at their age, and it's staying that way. How can a random adult possibly know better than their own stomach? –AgingLolita

How to play the recorder. Does anyone know why the hell we do that anyway? –princekeagan

"That certain people are lesser than they are because of their religion, gender, skin color, or beliefs." - Cabbitude

"Being passive if you want to see a change. Basically, in my school, we were taught that MLK basically ended racism/segregation. Not the riots, not the massive amounts of protesting and fighting for rights. Nope. It was one man and a speech. Ended overnight really. They even showed us this made for TV movie where one kid pulls MLK from the past into the future and suddenly everyone in the future is a Nazi or a racist or something. At the end, I remember the teaching saying "because he was peaceful and kind everyone liked him and had to change." I remember one kid raising his hand and asking why was he shot then? He was given a suspension. Granted we were all in 4th grade at the time." - Lady_Otaku

"'Sticks and stones will break your bones, but words will never hurt you.' That’s such utter bullsh*t. I get it, someone else saying you’re mean isn’t the biggest deal, but it also tells kids that they shouldn’t make a fuss when people are cruel or hurtful, and it allows more bullying." - katthekickass