Think You Know What Pregnancy Looks Like? This Viral Photo Will Absolutely Change Your Mind | 22 Words 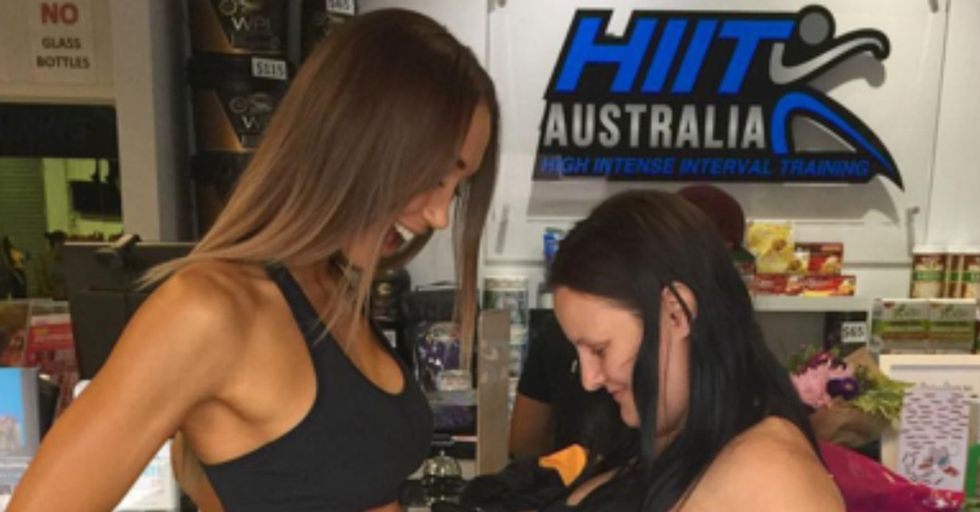 Think You Know What Pregnancy Looks Like? This Viral Photo Will Absolutely Change Your Mind

A lot of people share their pregnancy photos online, but for two women — Chontel Duncan, who owns HIIT Australia, a fitness and lifestyle coaching company, and her friend, Natalie Smith — one particular pregnancy photo went viral for a very interesting reason.

That's Duncan on the left, and Smith on the right. Believe it or not, they're both pregnant and only due four weeks apart.

The day this photo was taken, Duncan had run into Smith and they took photos of their bellies together. Duncan posted one on her Instagram account to show what she describes as, "two body types, two baby bumps, two excited pregnant women, and how different pregnancy can appear," and the Internet went nuts.

Duncan, who uses her Instagram account to show that healthy pregnancies can come in many different shapes and sizes, said most of the comments have been positive, but there has also been criticism of her for exercising while pregnant.

"Once it became clear to me (through my social media posts) how foreign it was to see a pregnancy performed like mine, it did get me thinking, 'Maybe I should continue to document my pregnancy because it seems that we are misled to believe that we are more fragile than we really are,'" said Duncan. "We lose focus on one of the most important components (of a healthy pregnancy), keeping ourselves physically and mentally strong."

As for Smith, who had a healthy baby boy a month early, said her third pregnancy was her healthiest, which she attributes to eating healthier food and exercising more frequently.

"I totally changed my life. After my second child as born, we started to eat clean and exercise regularly and my body never felt better. I hit my goal weight," Smith said. "Then I fell pregnant with my third child and I was scared of going back to my old ways during my pregnancy. But, I didn't and my pregnancy bloomed. I felt on top of the world eating healthy and exercising throughout my pregnancy."

Both women's doctors have said their health and their exercise habits are completely safe, and even encouraged, and that when it comes to pregnancy, every woman is, indeed, different.

"People are so judgmental and they have no idea of mine or Chontel's personal lives," Smith said. "They just think, 'Look at that skinny bitch,' and criticize her for being too thin. Or they criticize me for being fat and think, 'She's overweight.' We are both happy and healthy and our pregnancies just showed in two different ways."