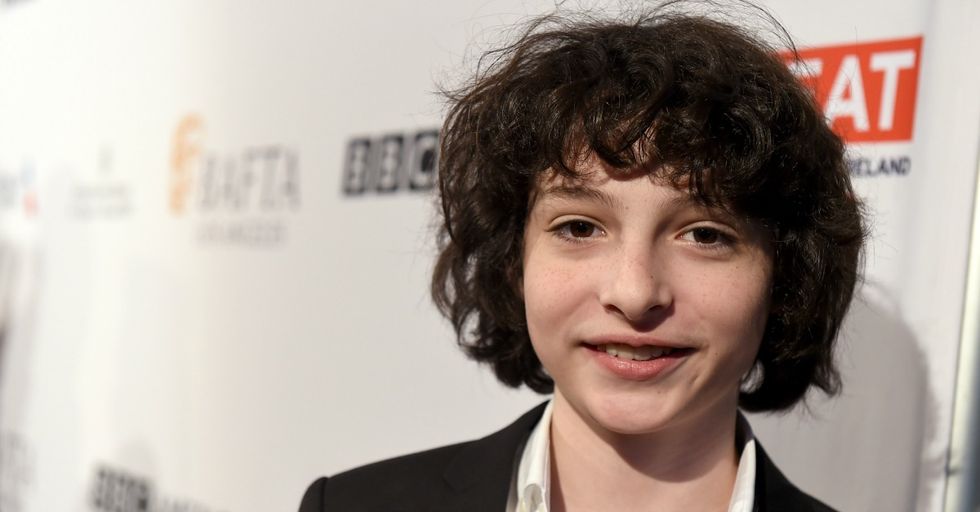 The teen actors of Netflix's Stranger Things are slowly taking over the world. They're fierce. They're funny. They're surprisingly woke about issues of sexual assault.

Finn Wolfhard, who played Mike Wheeler in the Netflix series and Richie Tozier in the recent adaptation of Stephen King's It showed courage recently when he fired his agent and left his agency after his agent at APA, Tyler Grasham, was accused of sexually assaulting several young male actors.

A source told Deadline that these allegations are the direct reason the actor left the agency.

Two actors have come forward with allegations against the agent. Blaise Godbe Lipman, a former child actor who is now an adult, posted his story on Facebook. He alleges that Grasham, a prominent agent at APA, assaulted him years ago when he was a teenager. Lucas Ozarowski was the second man to come forward with similar accusations.

In the wake of the allegations against Harvey Weinstein, stories have emerged that confirm the idea that this had been an "open secret" in Hollywood for some time.

Actors continued to foster their personal and professional relationships with Weinstein despite being privy to his disgusting behavior. Longtime Weinstein friend Quentin Tarantino said he knew enough to do more than sit idly back and let this predator get away with abuse. Matt Damon knew too.

That's why it's so impressive that a young man like Finn Wolfhard took tangible action against an abuser in order to make sure he didn't get away with it.

Finn Wolfhard has set a new standard in Hollywood for taking action against those who are accused of sexual assault.

It wasn't in his professional interest to leave APA and fire his agent. It was just in his moral interest. And we applaud him.