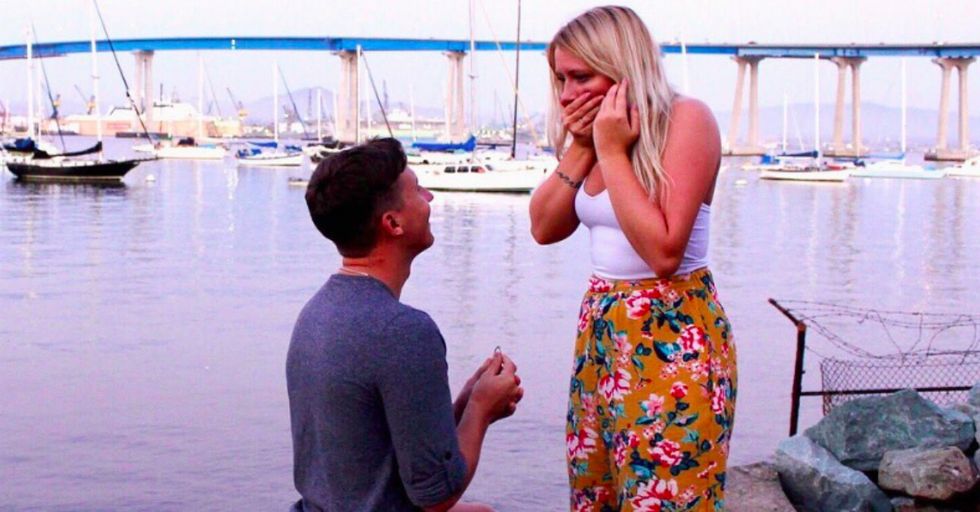 For an online forum notorious for bringing out the worst in people, Twitter is surprisingly good at making matches. How about that self-care author who met her future husband when he tweeted her about rings she'd posted online? Or the woman who asked her followers for a super-specific match and got married three years later? Or the bookseller and the woman who fell in love with his tweets?

None compare to this adorable story, though...

Twitter user @MaddieJo_13 is familiar with the romantic power of the social networking site.

In July of 2015, @MaddieJo_13, real name, Madison O'Neill, needed a date for a wedding, so she went to her most trusted resource - Twitter. She got a reply back within only a few hours.

Dohrmann wasn't exactly a stranger. He and O'Neill had gone to high school together, but hadn't known each other very well. When asked about what he was like back then, O'Neill didn't mince words. "I always thought he was obnoxious," she tweeted.

Despite Madison's not so rosy opinion of him, Chuck Dohrman had apparently liked her very much.

When he saw her tweet, he quickly jumped in and sealed the deal. "Dude, I'll be your wedding date!" he texted, without pausing to remember the more practical question of, "When is it?"

Turns out he was working the next day.

But did he let this get in the way of his glorious romance? No sir, he did not. He called in sick, and just like that, he was her partner in crime for the wedding.

That date must have been amazing, because on October 2nd, three years later, he proposed!

After her initial shock, Madison was quick to see the serendipity of it all. "Crazy how things work out," she tweeted. And people had some serious opinions...

The Twitterverse was quick to weigh in on the upcoming nuptials.

Also, there needs to be an official live-tweeter for the proceedings. Also, maybe Twitter should pitch in for a cake. Just saying.