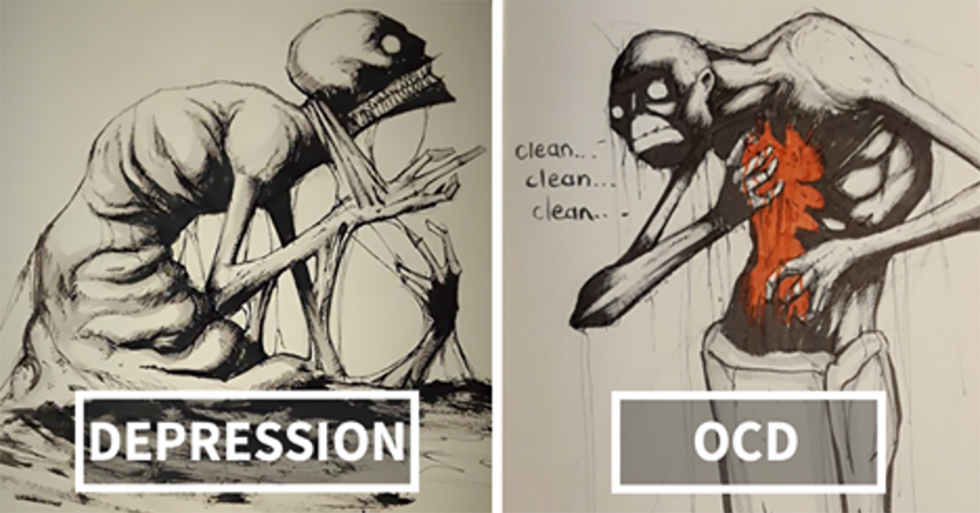 Artist Shawn Coss decided to take part in an annual event called Inktober, in which artists create a sketch for every day of the month.

However, in the interest of creating a dialogue and spreading awareness of mental disorders, Shawn decided to focus his work exclusively on illustrating the symptoms and feelings associated with various mental disorders. Some of these you may know and some may be new to you, but there's no doubt these pictures will resonate and convey the realities of these illnesses in a way you've never seen before.

Autism Spectrum Disorder (most commonly classified as a neurodevelopment disorder)

People with this disorder are convinced that a relative or loved one close to them has been replaced by a stranger or duplicate.

People with this disorder believe that they're already dead or that they are missing organs or blood inside their body.

This illness happens most often with children who attach themselves to strangers, ignoring the risks inherent with the action.