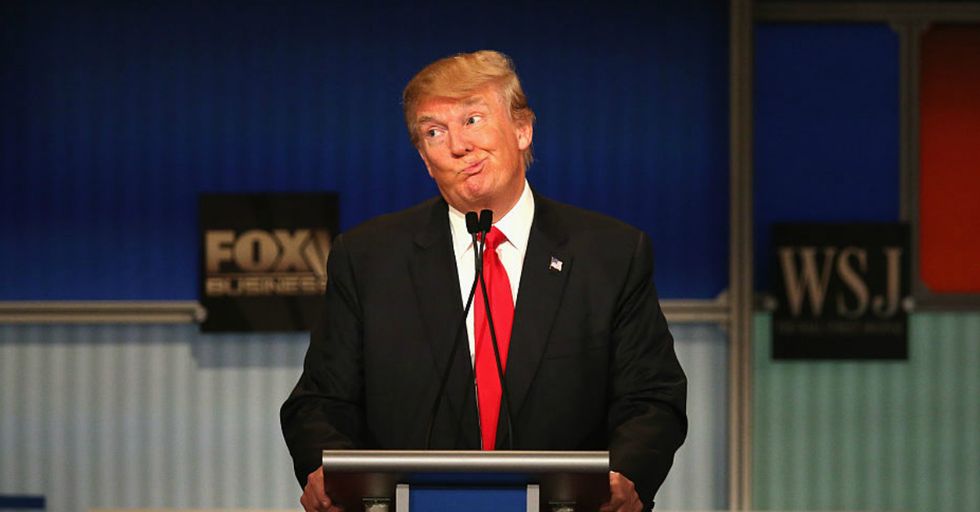 We're still in the first year of Trump's presidency (even though it feels like it's been decades), but there have already been so many incidents involving him being mean, clueless, or even declaring war with a tweet.

Today it's another story of Trump appearing clueless when he walked away from an executive order without signing it. Four times.

Yesterday, Donald Trump gave a scorcher of a speech blasting the Affordable Care Act. Right after his speech, he was meant to sign an executive order that will weaken the act. But instead of signing it, this happened:

Trump shook a couple hands and then started wandering away. Even though he hadn't signed the bill, which was literally the only thing he was supposed to do at that point. You know that feeling you get when you walk into a room and forget what you came in for? It seems as though our president is living his entire life in that moment. Mike Pence had to reach out, tap the president on the shoulder, and remind him to sign the bill. Then Trump says, inexplicably, "I'm only signing it because it costs nothing." What does that mean? No idea. But it sure is weird, right?

That's pretty nuts. What's even more nuts, though, is that this isn't the first time something like this has happened. Here's a clip of Trump forgetting to sign a bill back in February.

Right after he got done talking, someone pointed over to the bill. Trump thought he was trying to shake his hand, though. Ooof. The awkward is strong.

What's that? You still haven't had enough? Not to worry! Here's video of yet another time that Trump forgot to sign a bill. This one occurred in March of this year.

He left the office! Again, Pence called out to Trump to remind him that he still had to do the thing he was there to do. Presumably to save face, Trump then motioned to have Pence bring the bill out so he could sign it elsewhere. Just... what?

OK, now we're on a roll. Here's yet another example of a time that Trump apparently forgot to sign a bill that was literally right in front of him.

He was just sitting there with his arms crossed until someone reminded him to do the dang thing. It's astounding.

One last video. This one shows Trump apparently getting lost in the few feet between the bottom of an airplane staircase and the door of the armored vehicle he was supposed to get into.

There are no words. Did he not realize the giant vehicle with all of the presidential seals was meant for him? We're really starting to wonder about this guy.
20%

$8.45 $6.76
Buy Now
See More Deals
We hope you find these deals as awesome as we do! Just an FYI: we may receive a share of sales from links on this page