This Baby Made INSANE Faces Playing With Her Lightsaber, and Twitter Can't Get Enough | 22 Words 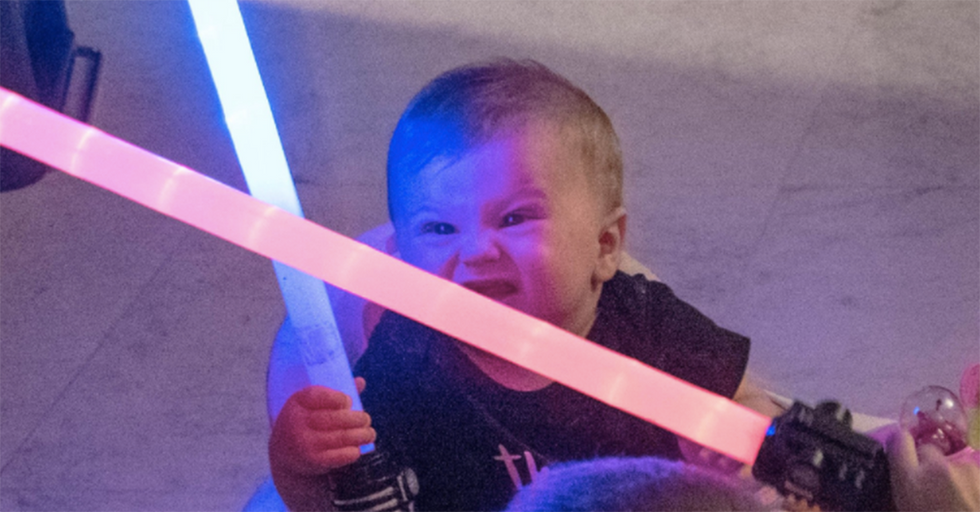 This Baby Made INSANE Faces Playing With Her Lightsaber, and Twitter Can't Get Enough

Babies are plenty cute, but who would have thought that giving a baby a weapon would actually make it cuter?

Well, to be fair, the weapon in question wasn't a real deadly instrument, but rather a light-up sword from Star Wars, but that didn't stop the kid from running wild with a demonstration suggesting that maybe she's a Jedi-in-training.

As you can see, both kids, a baby girl and an older brother got the toys.

But it's the daughter who really had a field day with the instrument, getting into it. Her face says it all.

She also showed off her evasive maneuvers with this little act.

Here she is, hightailin' it away from her brother when she realizes that Big Bro has the upper hand.

Fans of Star Wars probably know that the red light saber is for the bad guys, and the blue ones are for the good guys.

The baby got her hands on both, but it seems like the Dark Side is more her speed. Was there any question?

She's destined for the Dark Side. Don't try to fight it, Mom and Dad.

The older brother's name is Christopher, and it's clear he'll have his hands full once she starts toddling around the house, weapons or not.

The look she gave her brother in the heat of battle didn't get lost on fans of the films!

Everyone agrees that, even at a young age, Zelda is NOT one to be trifled with.

Let's just hope, as she grows up, that she uses her powers for good instead of evil. Find her an Obi-Wan-type mentor and keep her away from masked men with heavy breathing.