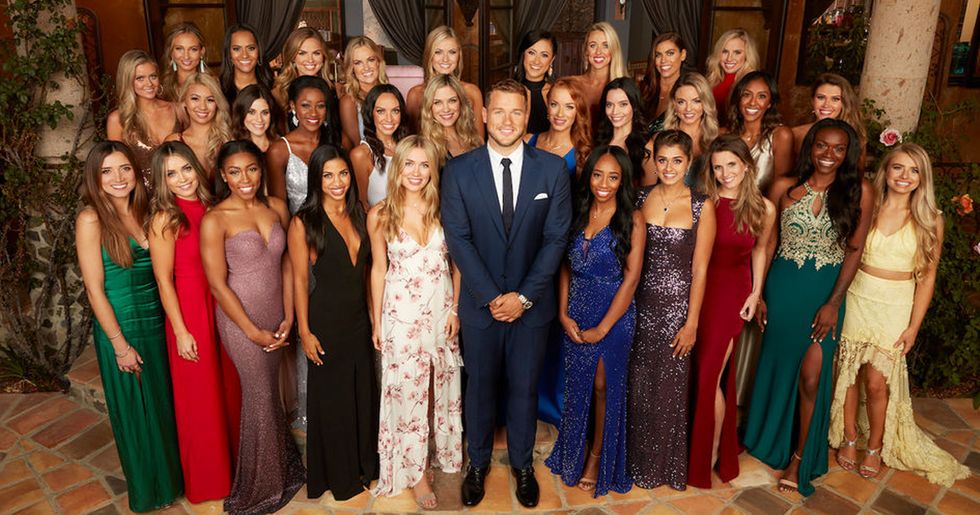 This 'Bachelor' Contestant Faked an Australian Accent During Show's Premiere

The Bachelor is a TV-broadcasted contest in which a variety of beautiful, impressive women make complete and utter fools of themselves in order to win over a man. Never heard of the show? Well, maybe you've been lucky enough to catch one of its many spin-off series within the franchise, including but not limited to: The Bachelorette, The Bachelor in Paradise, and even The Bachelor Winter Games. I'm serious. People go nuts over this stuff.

While this proud television tradition continues in absurd fashion every couple of months, this season's contestants (or contestant) might take the cake for best impression of the night. And by "best," we mean strangest.

What was so strange about one contestant, you ask? Well, you'll have to keep reading to find out.

Bri is an active girl– she likes to play soccer, go camping, and snowboard. Oh yeah, and she's a contestant on this season's The Bachelor.

Colton is the eligible Bachelor, and Bri's mission in life appears to be to stand out to Colton at any cost. How do we know? Well, she's gone above and beyond already.

It's all for the rose

Like the rest of the contestants, Bri is in it to win it and get that final rose that means she'll get a ring from Colton.

People get up to all kinds of shenanigans on night one.

The limo exit on night one of The Bachelor is a chance for each woman to make a big impression on their potential beau. And over the years the moments have gotten more and more wild.

There's a reason for the big entrance– tons of people leave the show after just one night, and if you want to stay you've got to make a connection early.

Bri's attention-grabbing technique was different than the many tricks we've seen in the past. She didn't try to dress up as a shark or ride a horse to the mansion. Her approach was both subtle and also entirely bananas.

Yeah, that accent is fake.

Bri waltzes in with an Australian accent and doesn't bother to mention...oh yeah, she's actually from California. Brilliant plan, Bri.

Of course, when Colton asks her where she's from she doesn't exactly lie. She just answers a very different question. She clearly states what accent she's doing.

Twitter made SURE to point out her careful use of words.

Because what's truly important is not whether she deceived someone but whether she was lying under the most technical definition of the word "lie."

The guy is so sweet and tells her he likes it, but little does he know that Bri is a complete con!

Anything to win...I mean anything for love...

Bri unabashedly confesses that the lie is a fake during an interview with the crew. She says she had to stand out, which is an interesting way to make a first impression. Don't worry, we're not the only ones who can't look away from the train wreck.

It seems as if Bachelor fans and Twitter users alike have lost their dang minds!

The sheer boldness of Bri's lie has a lot of us cackling to ourselves.

We're fascinated by this Bri character and we cannot get enough. More fake accents please!

People had some good questions about the extent of her plan.

What if she had made it to hometowns STILL DOING THE ACCENT?

This could be brilliance...or complete idiocy. Who's to say?

I mean it's true they don't really talk about much on most of the dates on The Bachelor, but is she going to straight-up lie about who she really is for an entire season?

It's not even a GOOD accent.

Of course, the Aussies in the room had a thing or two to say, including that her accent was NOT good.

Calling it the "worst" accent might be a little harsh.

She might've shocked us all, but Bri is definitely not winning any prizes for her acting abilities that's for sure.

Here's what a real Australian would say.

One person offered Bri some helpful suggestions for how to improve her Australian accent. Unfortunately, it's not anything you can say on TV.

At least she's getting some attention.

We can't stop talking about her, and honestly, that's probably what she wanted all along, so perhaps she's smarter than all of us.

Some people were all here for it

Yeah honey do what you need to, we won't stop you.

Meanwhile, we're over here with the popcorn, and we cannot wait to see how it turns out.

Where does it go from here?

Will Bri be instructing her family to speak in Australian accents from here on out? Will she start calling the barbecue a "bah-bie?"

The possibilities are endless

Maybe she'll introduce her pet koala or try to convince Colton that she has snorkeled the Great Barrier Reef.

If only the accent weren't so terrible.

Of course it will all fall apart after she opens her mouth for more than 30 seconds, because there's no way that accent will hold up long term.

Meanwhile we can't tear our eyes away

And I swore my New Year's Resolution was no more watching skinny blonde girls throw themselves at a ripped virginal hunk.

Let's be honest though...

We're all pretty relieved that Bachelor has returned to its relatively benign forms of ridiculousness after a few seasons of scandal. Including the horrible breakup of Becca and Arie.

Our girl Becca deserved so much better t

We're happy to see that the show has stopped with the serious emotional ickiness and returned to complete stupidity.

Papa Chris Harrison is getting tired.

Everyone's favorite TV dad, host Chris Harrison is getting tired of the kids fighting all the time. We know it– he'd rather have a weird one who uses a fake accent.

Let's start the countdown to Jan. 7

Because the season starts and I need to get my Fantasy League ready to go. I cannot wait for that first impression rose.

Honestly, the real masterminds here might be the producers who somehow managed to get us interested in yet another season of this goofiness.