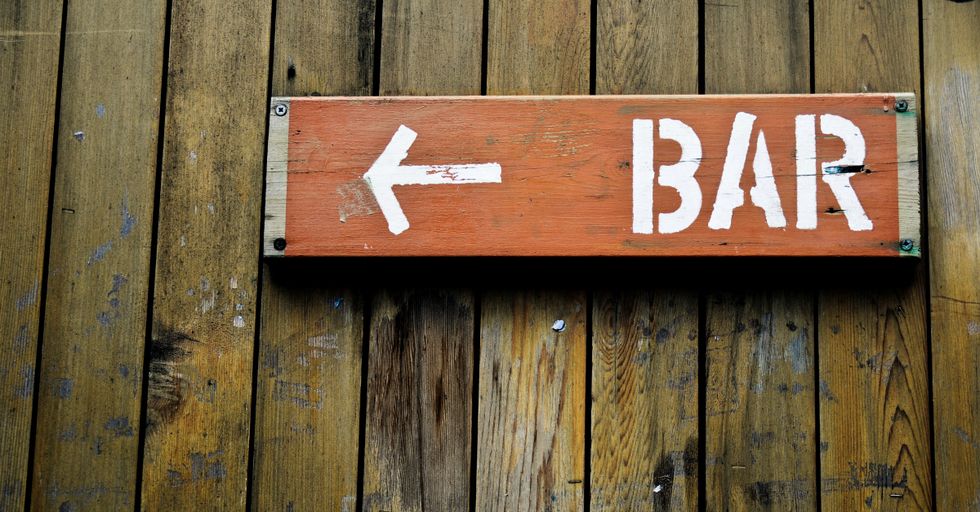 This Bar Came up with Hilarious, yet Highly Effective Way to Force the City to Complete Roadwork on Time

Loving free beer is nearly as universal as hating roadwork. This clever Illinois bar comes up with a creative way to motivate the road crew outside to finish the job as fast as possible.

Sometimes it feels like road work could be done a little faster and more efficiently.

If the roadwork happens to be right outside your place of business, it definitely seems to last forever. Maybe the crew just needs to want to finish it faster. But what's in it for them?

The management of The Olympic Tavern in Rockford, IL thought that maybe the crew simply needed a bit of motivation.

Reddit user CombatMarshmallow posted a photo of the bar's new sign with the caption, "This might actually work." First there was some confusion. IDOT is not "idiot" misspelled, but stands for Illinois Department of Transportation.

While most people didn't have an optimistic view of the roadwork's completion schedule, they did seem to appreciate the humor.

Several commenters were Rockford locals and they were super excited to see their town on a Reddit thread! Apparently, it's not the nicest place in the world. But people like Olympic Tavern, so that's nice.

The staff at The Olympic Tavern seem to be enjoying their moment of fame.

Everyone loves a good bar sign. People also like tacos and beer, especially cheap ones, but it's the good bar sign that really grabs their attention.

The road work will probably drag on and on, despite the great motivation. But it looks like The Olympic Tavern might see a bump in business to help offset the misery of being stuck in a construction zone. Cheers to that!