This Boy's Haircut Got Him Suspended from School. Here's Why. | 22 Words 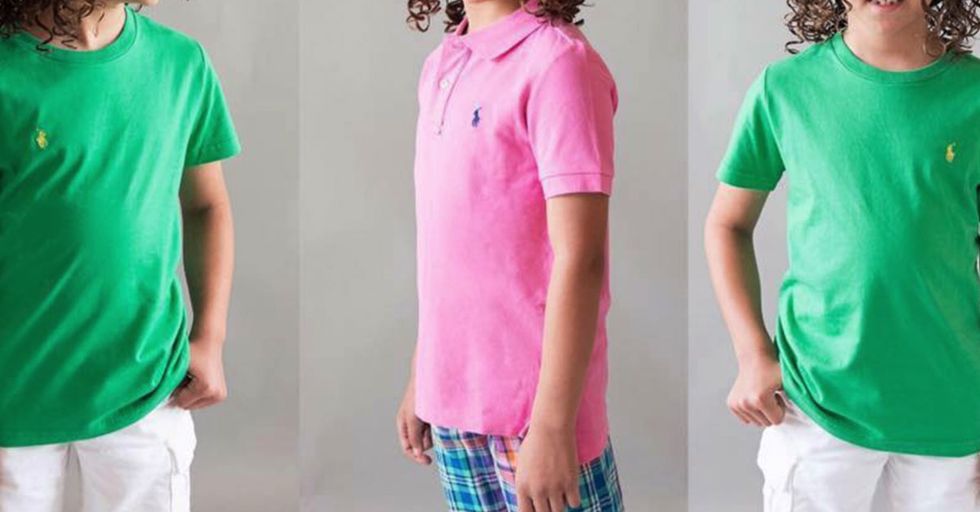 This Boy's Haircut Got Him Suspended from School. Here's Why.

While we frequently see girls under attack for their appearance, this story out of Texas shows us that boys are not immune to scrutiny at school. Recently, a 9-year-old boy from Texas named Habib was threatened with suspension over something seriously surprising: the length of his hair.

We've been hearing a lot about some pretty ridiculous dress codes lately. It seems every week a new story comes out about a kid being threatened with detention for wearing something the school deems "inappropriate." So where does it end?

Now, this boy's mother is fighting back against a rule that she's calling "sexist".

Meet Faye Abunijmeh, a mother of two from Joshua, TX.

Her little boy has been getting a lot of attention at school lately, but not for a reason you'd expect.

This is her 9-year-old son, Habib, who is growing his hair out for a very special reason.

He's planning to donate it to Wigs for Kids, a charity that makes wigs for children who have lost their hair due to cancer.

When Faye took her son to the "Meet the Teacher" night at his school, they told her something that unsettling.

They told her that unless Habib cuts his hair, he might not be allowed to start school.

Faye was outraged, and she contacted the school district's superintendent for answers.

The response she received made her even more outraged.

“It is commendable that your son wants to grow his hair to donate to an organization such as Locks of Love," replied the superintendent.

“Joshua ISD has a dress code that all students must follow in order to attend school."

“In relation to hair length for male students, the dress code states:"

“Boys’ hair should not extend beyond the following limits: Front – Hair/Bangs, when combed straight down, must not be longer than the top of the eyebrows. Side – The entire ear may be covered but should not exceed the corner of the jawbone on the sides. Sideburns should not be more than one-half inch below the bottom of the ear lobe."

“Back – Hair must be cut so that it is no longer than the bottom of the dress shirt collar or top of a t-shirt collar."

“Boys’ hair will not be worn in tails, ponytails, or buns. The dress code was created with input from the community. The grooming section in the dress code reflects the standards that our community holds for students in our District. While there may be differences in requirements for male and female students, all aspects were developed to teach grooming and hygiene, prevent disruption, and minimize safety hazards." Pretty oddly specific, don't you think?

Faye posted about the incident on her Facebook page, and the response has been huge.

People rallied around her.

Many people commented with photos of their own sons with long hair.

They seem perfectly happy to us!

While a few people sided with the school's policy:

Everyone is entitled to their opinion.

That said, most posted words of support for the Abunijmeh family.

Faye has also created a petition on Change.org telling her son's story and urging for the rules to be changed.

"He said they are not denying him any opportunity and didn't answer the clarification on the reasoning of the rule," Faye wrote on Change.org.

"Help me make a statement and get this "code' changed, as it is not fair for all our male students, who wish to express themselves and are denied because of an archaic rule." What do you think? Sound off on Facebook!