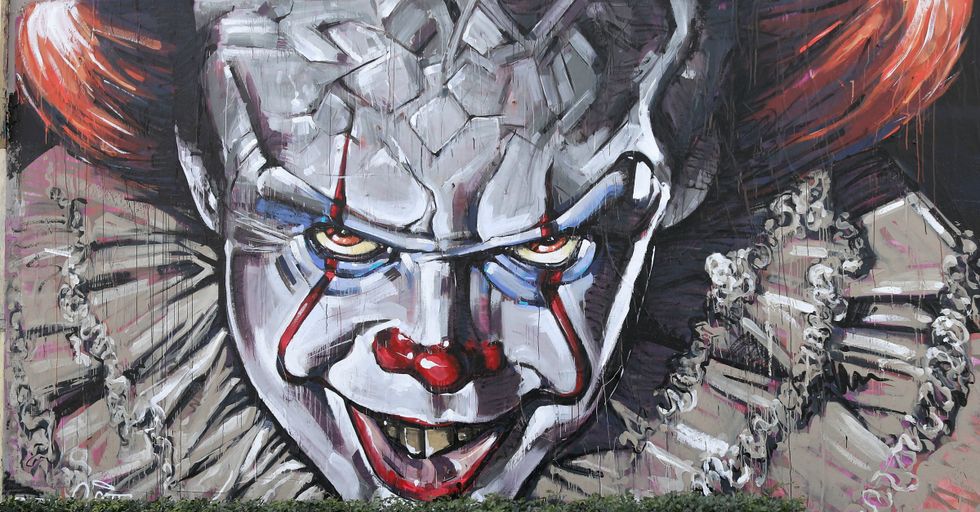 By now, we've all seen the clown from the movie It. Those yellow eyes, that red nose, the nightmare-fuel teeth. He's the internet's new boogeyman (or hottie) and if you close your eyes you can imagine him peering up at you from that sewer, ready to eviscerate.

There are It costumes, It photoshoots, It makeup - which means it was only long enough before someone found an It cat.

Meet Marla, a happy, friendly kitty adopted from the shelter two years ago. Marla likes playing with her brothers and sisters, staring creepily out the window, and oh, yeah...

Marla closely resembles Bill Skarsgård, who played the clown from 'It.'

Those cheekbones, those eyes... that very distinctive pout. Internet sleuth, @rvnclaw remarked on the resemblance in a post that erupted the Twittersphere into the most hilarious conversation ever.

People were not only shocked by Marla's resemblance to Skarsgård, they were amused.

Again, this is a cat... that looks like the clown from IT. How much more iconic can you get?

Some claimed credit for the idea.

I mean, if you discovered a cat looked like the clown from IT, wouldn't you? The whole idea is just bonkers.

But there was actually an epic twist no one - scratch that - LOTS of people saw coming.

It clown cat was already a meme! Way back in 2016, a reddit user had remarked on Marla's resemblance to Steve Buscemi, the award-winning actor of Reservoir Dogs fame. The internet had even named her Steve Buskitty.

Just goes to show, when you have a look that distinctive, it's easy to find your dopplegangers...

Even if they are people. The internet, eh?