This Catholic Statue Was so Unintentionally Obscene, It Had to Be Covered Up | 22 Words 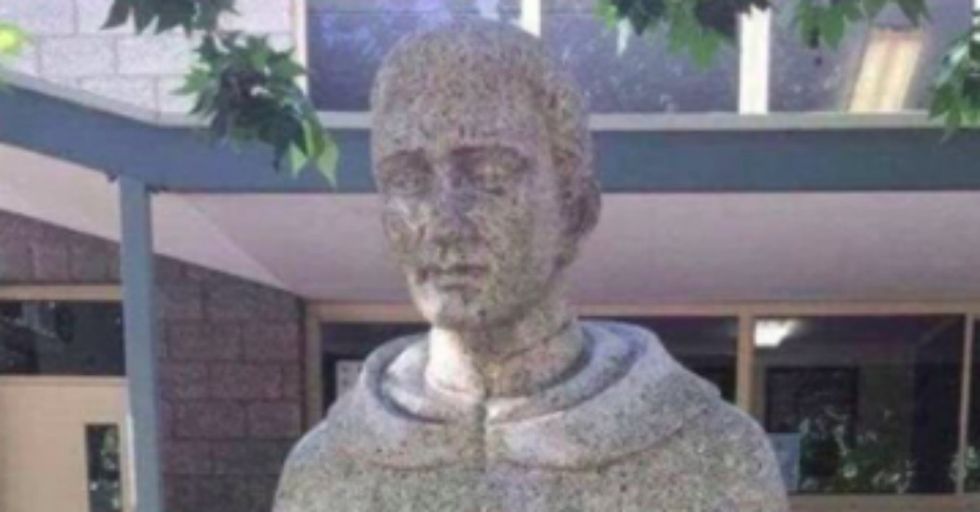 This Catholic Statue Was so Unintentionally Obscene, It Had to Be Covered Up

Schools typically put up statues to either inspire students or commemorate an important figure. They're not like avant-garde sculptures that make you scratch your head, after all. Bare minimum, they're supposed to make you say, "OK, that's a perfectly acceptable statue."

That's exactly what people are saying after one Catholic school in Australia unveiled its newest statue.

The statue, which was made in Vietnam, was supposed to depict a saint handing a loaf of bread to a boy. Perfectly respectable, right? Nothing to see there...

The only problem is, when the statue arrived, something was, *ahem*, a bit off.

Suggestive, you say? Just how can a statue of a saint and a boy be suggestive?

An Adelaide Catholic school has been forced to cover up a brand new statue after its unfortunate design of a kneeli… https://t.co/yJLAY48nHX
— Maximum atheist (@Maximum atheist)1511373806.0

The sculpture was so obscene that people are laughing at it all across social media.

Erected?  Ahahahaha, we see what you did there...

The school has hired a local sculptor to fix the problem, but people are LOVING the scandal.

A local artist uninvolved in the making of the sculpture could barely hold back his glee. "It’s hilarious. It’s absolutely hilarious," Driller Jet Armstrong said. "I love it. I love an art scandal." Don't we all...