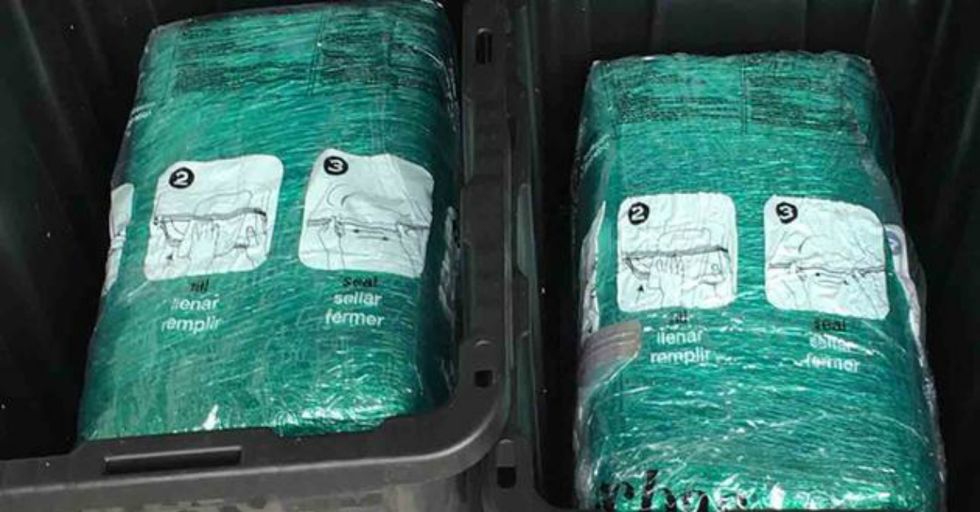 This Couple Accidentally Discovered How to Order Pot From Amazon

Imagine, if you will, that you've ordered plastic containers from from Amazon. You know, the big blue ones you can chuck anything inside and forget about for the next couple of years because nothing – and I mean nothing – can penetrate those artificial fortresses.

Now imagine you get your containers and they're heavy – strangely heavy. And they smell...

The fragrance is dank, musky – unmistakable.

You didn't just buy containers from Amazon – you also bought yourself some marijuana.

This is the situation one Florida couple found themselves in when they received their shipment of containers from Amazon Deals in Massachusetts.

They knew before even opening the package what was inside. The smell was that intense. They'd unintentionally committed a felony! You see, unlike states like California and Nevada, where small quantities of recreational and medical marijuana is legal, only medical marijuana is currently allowed in Florida, and even then, there are caveats.

Suffice it to say, you don't want to be caught with 65 pounds of maryjane in the sunshine state.

And neither did the couple, who reportedly feared not only legal repercussions, but criminal ones as well.  “We were still pretty fearful our home would be broken into, and we didn’t sleep there for a few days," the Florida couple, who didn't want to be identified, said to WFTV.

After all, somewhere, some very angry dealer had misplaced 65 pounds of their product.

To put into perspective why this is a HUGE problem, an ounce of medium quality cannabis costs $8.93 in California. So 65 pounds of marijuana costs roughly $148,595 dollars. That's the cost of a nice house in some parts of the country.

The recipients quickly contacted the police, who are now looking into how precisely this verdant bounty found its way into the hands of this unsuspecting couple.

Meanwhile, the couple has been in touch with Amazon to complain, but got nothing. Then, after a month of back and forth, they received a $150 gift card for their troubles with a vague apology note.

Precisely what we want to know. After all, Amazon's got the market cornered on everything else, and it now wants to expand...