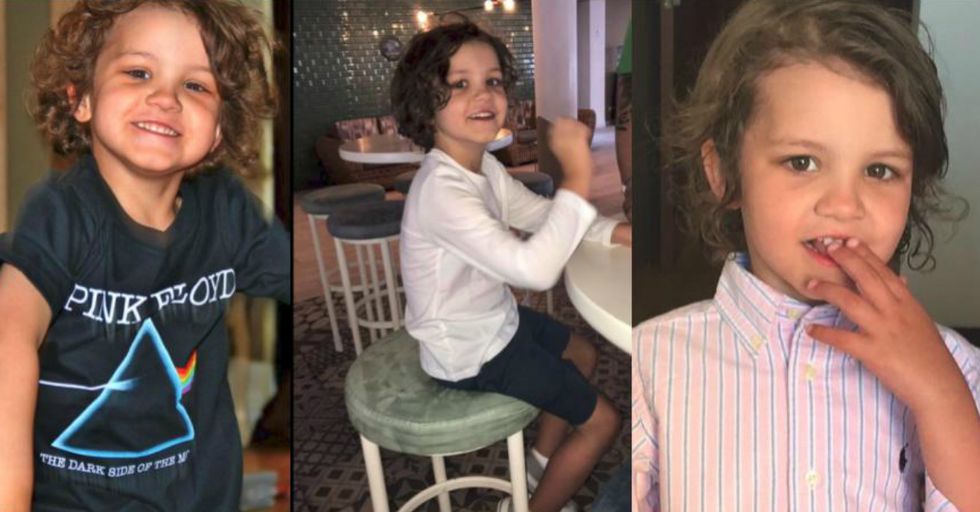 Shane and Christine Stephenson chronicle the struggles of raising their non-verbal, autistic son on their blog The Life of Reilly. They hope to raise awareness of what it's really like to live with autism so that people will be less judgmental. They also want to make sure other families who are struggling with similar issues know that they are not alone.

But alone is exactly how they feel sometimes.

This is Reilly, the 6-year-old, mostly non-verbal, autistic, and fiercely loved boy at the center of a viral rant.

The family lives in the UK, in Newcastle, and they don't mince words or paint a rosy picture on their blog and corresponding social media accounts. They share the struggles, frustrations, joys, pride, worries, heartaches, and love that are all part of the experience of parenting a child with autism. “We struggle for support, we have no regular childcare, and feel very isolated," Christine explains, a common feeling among autism families. One place where they hoped to find support has let them down.

Christine recently shared her husband's expletive-laden text to his friends, and it has gone completely viral.

The anguish this father feels is palpable in his message to his friends. Raising an autistic child is difficult enough, add to that feeling abandoned and unwelcome by your closest friends, and it becomes too much to bear. Christine explains, “Inclusion is a big problem for autistic people. Reilly may not speak but he listens and he understands — as he grows I fear for the effects this may have on his mental health, as it does for so many others."

The Stephensons' friends turned out to be anything but the support network they'd hoped for, but they did find an incredible outpouring of support online.

Shane's despairing message resonated with people. His heartbreak and raw emotional rage was something that so many parents can sadly relate to. Christine's tweet has been shared thousands of times and she has received nearly 800 responses, most of them saying the same thing: “Every message I have received has the same words. This happened to my son/daughter/granddaughter/grandson too, my child was the only one not invited."

“One thing is for sure, from reading the messages of support we have received from people around the world, there has never been a greater need for better understanding," says Christine.

Christine acknowledges that the friends Shane sent the message to aren't terrible people who were trying to hurt them on purpose. Much more likely, they see how much Shane and Christine struggle in various social situations with Reilly, and assume that going to a party would be too hard for everyone. Christine gets that, but wants them to understand that an invitation is still important and would be so appreciated. “Don’t assume we don’t want to go because it’s difficult, our lives are difficult, often fueled on three hours sleep," she says. "We’ve often fought a battle before you’ve stepped into your slippers. Ask if Reilly or any other autistic child would like to come even if it’s for half an hour but definitely ask. ... They may decline, but I can guarantee it will be declined with grateful thanks."

While Shane has received some criticism for the tone and language of his message, mostly it's been met with understanding, empathy, and support.

@life_of_reillys These things need to be said. People need to realise how much they hurt us, we hurt for our babies… https://t.co/aEVNsVXlw4
— Kerrie Seagrave (@Kerrie Seagrave)1509908205.0

Shane's message reads like it was ripped straight from his heart. It's difficult to imagine what it would feel like to receive that text as one of his friends. By sharing it online, Christine has certainly spread her message of awareness and understanding. Hopefully their friends can understand too, and they can work on repairing those relationships. As parents, it's not always easy to bring together children who are different. But the impact that inclusion might have on their lives, and their parents' hearts, definitely outweighs any worry or inconvenience.