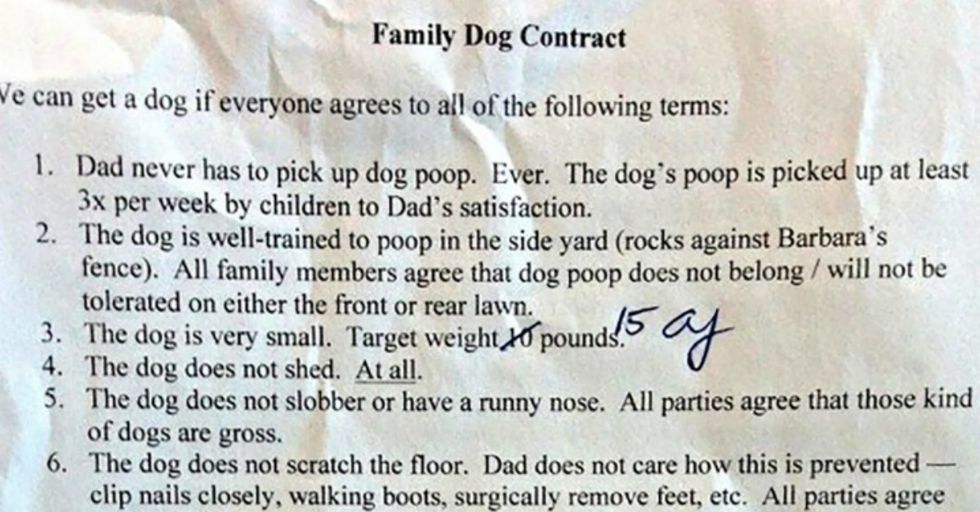 Getting a family dog is a big decision. It's not like a fish where you can sprinkle some food in a bowl and hope it doesn't end up getting flushed in a month or two.

Kids might not understand this, but parents do, especially Reddit user rjohnstone13, whose kids had been begging him for a dog.

He was reluctant, but figured the best way to go about the situation was to get them to sign on the dotted line in a very specific (and entertaining) 13-point contract.

So did it hold or did Dad end up scooping poop and buying gluten-free, range-free, organic dog food that costs $80 per bag?

He updated the post to say that for the most part, the contract held up.

And to put a face with the name — one he reluctantly agreed to — he also shared a picture of Kershaw.

But people weren't buying that whole, "I didn't really want a dog" song and dance.

They think he probably does spoil it like another (furry) kid and is secretly glad he has a four-legged buddy around.

Who's a good boy? Kershaw is. I think it's written in his contract.