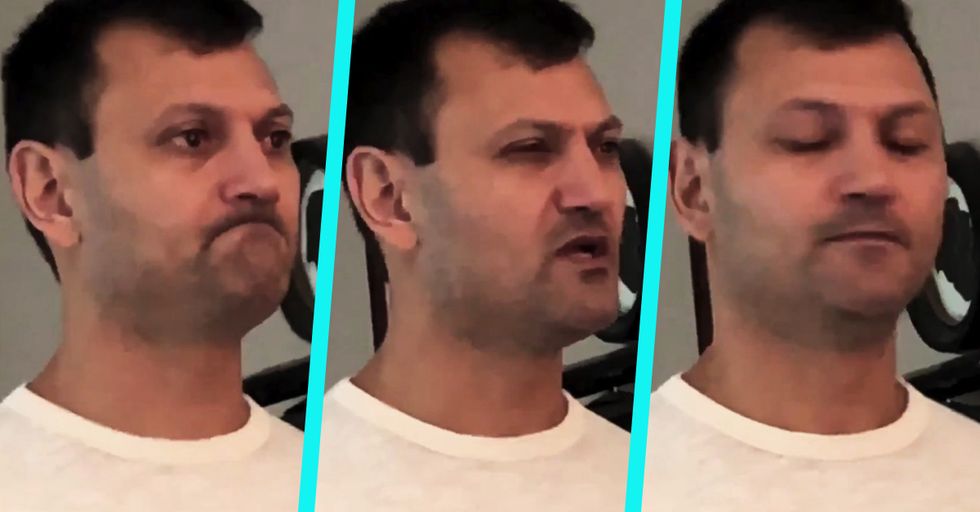 When it comes to Christmas trees, are you a real tree kind of person or are you happy to hang your ornaments on a fake tree? While some people don’t mind a plastic tree (and some of them actually look remarkably real), others pine for that real tree and wouldn’t even consider one that wasn’t once alive.

A dad on Twitter this week is DEFINITELY in Camp Real Tree — as you can see in this hilarious video his daughter posted of his reaction when his wife brought home a fake tree.

Around Christmas time, the fake tree vs. real tree debate can get pretty heated.

Some people swear by their artificial trees. They can take a lot of hassle out of Christmas decorating with some even come pre-lit. Plus, they don’t shed those pine needles that you're somehow still finding when you sweep up in July.

Other people simply can’t imagine having a tree that wasn’t fresh-cut.

For them, giving up the yearly search for the tree that’s just a little bit uneven-in-the-perfect-way and has that real pine smell is basically the true meaning of Christmas.

In a video posted this week on Twitter, one dad definitely wants a 100%-real Christmas tree. And he is not shy about letting his feelings be known.

Twitter user @madnap21 posted a video of her mom telling her dad that she was considering a fake Christmas tree, and his reaction is making people on Twitter weep with laughter.

His quiet outrage and how he calmly grabs his shoes and leaves is super relatable.

He’s not mad — he just can’t believe his wife would betray him like this.

His sad face when he realizes they bought an artificial tree instead of a real one has, obviously, already become a gif.

That exaggerated frown! He looks like a cartoon! This is a meme waiting to happen.

The best part might be when his wife suggests they use a pine scented candle to give the fake tree the right smell.

He’s so outraged at the suggestion. Like that scented candle would personally ruin Christmas for him.

He is just so dramatic!

"I know what's happened to you, and I know that I can't solve it"— keep in mind that he's talking about his wife getting a fake Christmas tree. It's not like she suddenly announced that she was leaving him and quitting her job to pursue her dream of competitive ice dancing.

Some people directed some hate at the couple, but it seems pretty clear that they are just having a good time.

The Twitter user who posted the video of her parents then posted a sweet collage of her parents to show the haters that they were, aside from some Christmas squabbles, actually a super cute couple.

Twitter users were delighted by this video, and some reactions were even funnier than the video.

There was just so much raw disappointment in this video.

Nobody could have predicted that he would be so sad.

People even took screenshots of the expressions he made that they liked the best.

For a short video, there was a lot to choose from.

There is a happy ending to this story — don’t worry —his Christmas wasn't ruined.

They ended up getting a real tree in the end, and I’m sure the mom got to keep that scented candle. So really, everyone wins.