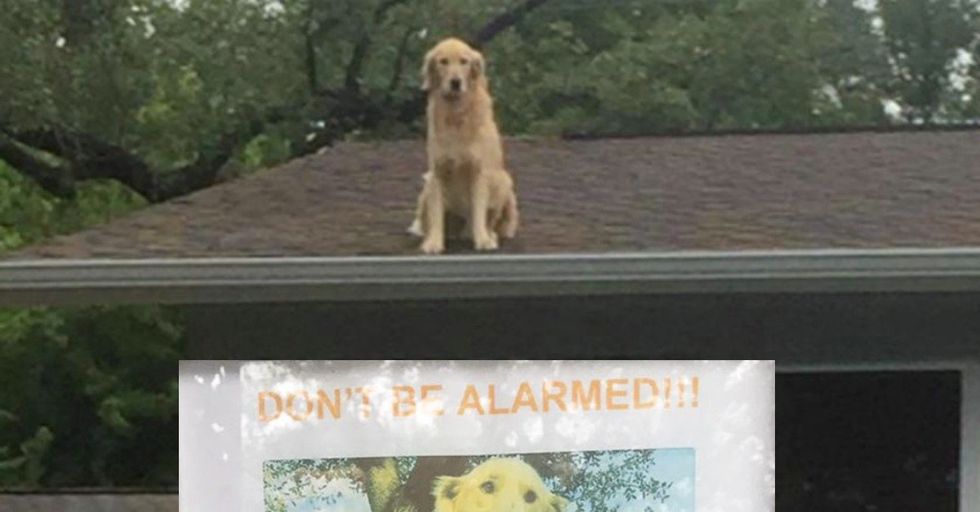 Family Has to Resort to Hilarious Sign for their Roof Dog

This is Huckleberry the dog.

As you can see, he's chilling on the roof, but don't freak out! According to his humans, it's just pretty much his happy place.

But it's naturally a little worrisome to drive by and see that, so the owners put up a sign explaining the situation.

"Huckleberry is living up to his name and learned how to jump onto our roof from the backyard," the sign reads. "We never leave him in the backyard without someone being at home. He will not jump off unless you entice him with food or a ball!"

"We appreciate your concern but please do not knock on our door... we know he's up there! But please feel free to take pictures of him and share with the world! #hucktheroofdog."

When someone shared Huckleberry's sign to Reddit, other people began sharing stories of dogs they knew that also had a thing for roofs.

And it turns out there is even a whole subreddit dedicated to yes, dogs on roofs.

It has to be said that we don't encourage this behavior — dogs really don't belong on roofs — but it really is kind of impressive. Keep an eye on those pooches!