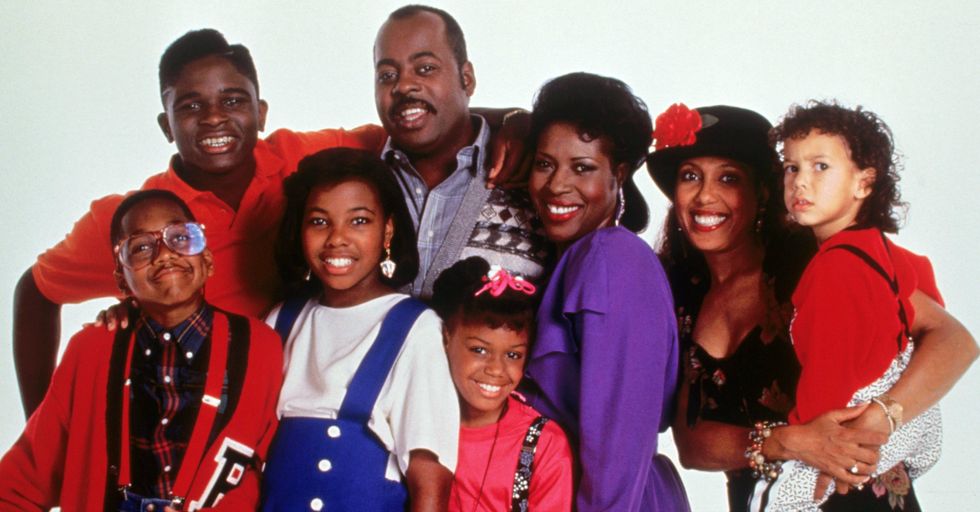 Police brutality has been a hot-button issue in the U.S. for decades, and the current string of race-related deaths by cops who have faced zero consequences for their actions is pushing many people in this country to their breaking point.

Recently, a user on Twitter posted a clip from a beloved '90s sitcom that tackled the touchy issue perfectly. And now, almost 25 years later, it's just as true as it was the day it aired.

Rodney King gained international attention after a tape of him being beaten by police officers was released to the public.

On March 3, 1991, King was involved in a high-speed chase with officers Tim and Melanie Singer after he was caught speeding on the expressway. After driving for nearly eight miles, King was cornered and ordered out of his vehicle. Bystander George Holliday took a video with a camcorder as the officers proceeded to viciously beat King with batons and taser him, continuing to beat him well after he had been subdued.

After his arrest, King was brought to Pacifica Hospital in Sun Valley, California.

There, he was treated for a broken ankle, a fractured facial bone, and multiple cuts and bruises. The nurses who worked on King reportedly heard the officers involved in the incident bragging and openly cracking jokes about King's assault.

While the video was often cut or manipulated, it became an instant media sensation, and, according to the University of Missouri Kansas City School of Law, "turned what would otherwise have been a violent, but soon forgotten, encounter between the Los Angeles police and an uncooperative suspect into one of the most widely watched and discussed incidents of its kind."

On April 29, 1992, a jury acquitted three out of four officers involved in the assault.

Just hours after the acquittal, riots broke out across the city of Los Angeles. They lasted six days and resulted in 53 deaths, 2,383 injuries, 7,000 fires, countless damages to businesses, and almost $1 billion in financial losses. The injustice of a group of people in power facing no consequences for their inexcusable actions was simply too much for many members of the LA community. The powder keg that was race relations in the U.S. had been ignited.

It features a scene in which Carl Winslow, an African American police officer in Chicago, confronts two cops for wrongfully pulling over and harassing his son. The episode hit home, and many young fans of the show still remember the effect it had on them to this day. When Twitter user @theJay_Show posted the above clip, it was retweeted thousands of times, and many users pointed out the same accurate but extremely upsetting observation.

Nearly 25 years later, nothing has changed.

The clip is still, if not more so, completely relevant to the state of our society today. It seems every month a new story comes out of an African American man being senselessly murdered by a police officer, who, even after public outcry, faces zero repercussions.

One comment from Twitter user @Da_Focus_Point offered a unique perspective on the topic of racial profiling by police officers.

He described an incident where he "fit the description" of a perpetrator and was accosted by the police until he brought out his own badge, identifying himself as a fellow cop.

It's hard to face the fact that we as a society have made such little progress in nearly a quarter of a century.