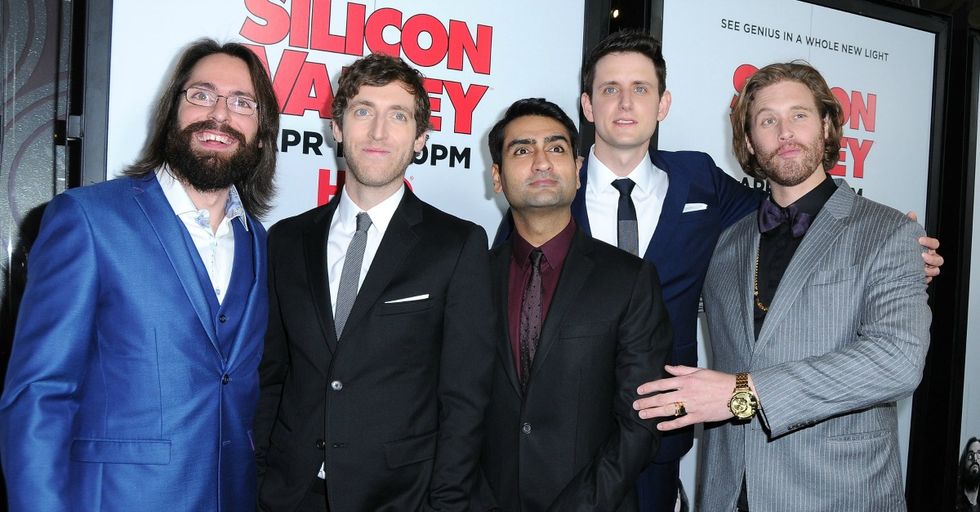 Rumors of sexual misconduct have followed comedian and actor T.J. Miller throughout his career. The Silicon Valley and Emoji Movie star has always been loud, brash, and confrontational, and now he's officially been accused of sexual assault and punching a woman during an incident that happened when he was in college, according to a report from The Daily Beast.

The alleged incidents occurred when Miller and his accuser were students at George Washington University in 2001.

The accuser, who has remained anonymous, told The Daily Beast that she's coming forward now "because of the societal awakening to issues of sexual assault and harassment that has come in the aftermath of misconduct allegations that have rocked the entertainment industry."

The Daily Beast says it has corroborated details of her story with five GW peers, some of whom say they were in the house where the incidents occurred.

The accuser and Miller started a relationship, but a few months in, the first incident occurred. She has a memory that as Miller and she began "fooling around," he started "shaking" her violently and punched her in the mouth during sex. Though she admits that there are parts of the incident she doesn't remember, that part of the night remains distinct in her memory. She woke up the next morning with a fractured tooth and bloody lip. Miller told her she'd fallen down drunkenly the night before.

"I couldn't bring myself [at the time] to believe this had happened," she said. "It was me not wanting it to be true."

She still believed she could trust Miller after that first incident. Soon after, they met at a college part and went back to her apartment together.

They began engaging in consensual sex, but then Miller turned violent for a second time.

“We started to fool around, and very early in that, he put his hands around my throat and closed them, and I couldn’t breathe," she told The Daily Beast. “I was genuinely terrified and completely surprised."

"I understand now that this is for some people a kink, and I continue to believe it is [something] that should be entered into by consenting parties," she added.

"But, as someone who had only begun having sexual encounters, like, about three months earlier, I had no awareness this was a kink, and I had certainly not entered into any agreement that I would be choked. “I was fully paralyzed," she said. But that's not where it ends...

She said she was choking so audibly that her roommates rushed to her room and knocked to see if she was OK.

“I don’t know," she told them, “I’ll talk to you in the morning." Miller continued to do things without her consent, including penetrating her anally and penetrating her with a beer bottle.

During the incident, Miller's victim said she "froze." She "didn't want to believe it was happening."

Miller left her apartment at 5 in the morning, and the next day, she told her roommates what happened. Both roommates confirmed to The Daily Beast that they remember the incident.

Shortly after the incidents, the accuser's relationship with Miller completely ended.

Initially, they met to talk about what happened, and according to her, "T.J. said it was a 'trust thing'... and that he thought I was into it." After a year of deliberation and counsel, Miller's victim went to the campus police with the story of what happened between her and T.J Miller. Because so much time had passed, the allegations were only handled within the "student court" at the school. Her roommates testified on her behalf, and after a "trial period that lasted a couple weeks," Miller's victim was told that "the issue had been resolved."

The Daily Beast spoke to several of these friends, who maintain that T.J. Miller would never do "anything like that." One friend said that Miller "was the type of person if you took him to a strip club, he would want to talk to the strippers, not hit on them." As The Daily Beast points out, "No one has accused Miller of hitting on strippers."

When Miller learned that The Daily Beast was reporting on these allegations of sexual assault, he and his wife Kate Miller made a joint statement:

"We met this woman over a decade ago while studying together in college, she attempted to break us up back then by plotting for over a year before making contradictory claims and accusations," they said. "She was asked to leave our university comedy group because of worrisome and disturbing behavior, which angered her immensely, she then became fixated on our relationship, and began telling people around campus 'I’m going to destroy them’ and 'I’m going to ruin him.'" When Miller's accuser was asked about these claims, she said, "Of course not." "It is unfathomable to me that he doesn’t understand that he actually put me through something I have to live with, that I never would’ve chosen, that completely, completely set the tone for my sexual adult life, that I actively had to spend years and years… un-programming," she said.